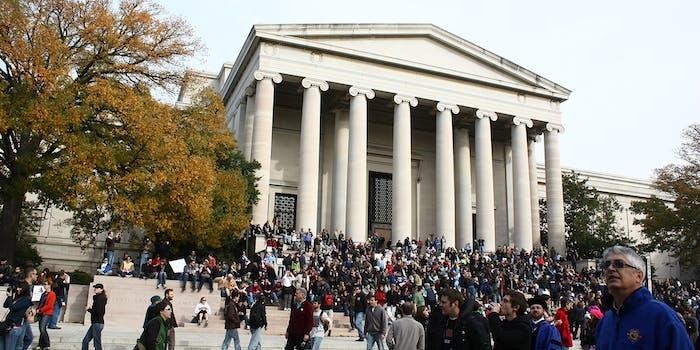 Two Democrats and one Republican will introduce a bill to legalize medical marijuana at the federal level on Tuesday, the first proposal of its kind but one that fits the current trend of marijuana legalization.

Sens. Rand Paul (R-Ky.), Cory Booker (D-N.J.), and Kirsten Gillibrand (D-N.Y.) will introduce the bill at an afternoon press conference. In a joint press release, the senators said their legislation would “allow patients, doctors and businesses in states that have already passed medical marijuana laws to participate in those programs without fear of federal prosecution.”

While many states have taken various steps toward the legalization of medical and recreational marijuana over the last decade, a blanket federal ban has remained in place. This has caused significant confusion and even fear among businesses and consumers, because the federal government can and does arrest individuals and shut down businesses that were legal under state law but illegal under federal law.

The new bill would reduce that confusion for medical marijuana only. The confusion and danger surrounding the sale of recreational marijuana would remain.

Nevertheless, the bill is a significant step toward national legalization, and it comes at a time of rapidly increasing public support.

“There’s a desire to stick with the status quo by lawmakers, and a trepidation from politicians to wade into this water, particularly if they’re from conservative states,” Erik Altieri, the communications director for the National Organization for the Reform of Marijuana Laws (NORML), told the Daily Dot.

Such trepidation would seem unjustified given that a majority of Americans support full legalization of marijuana recreationally, while even more say medical marijuana legalization is the right thing to do.

“The bipartisan nature of this proposal reflects the broad public support for resolving the tension between state and federal marijuana laws,” Dan Riffle, director of federal policies for the Marijuana Policy Project, wrote in a statement about the new bill. “This is a proposal that Republicans and Democrats should both be able to get behind. It’s a matter of compassion and justice, states’ rights, public safety, and medical choice.”

Riffle added that there was “no rational reason to maintain laws that prevent doctors from recommending medical marijuana, prohibit seriously ill people from using it, and punishing those who provide it to them.”