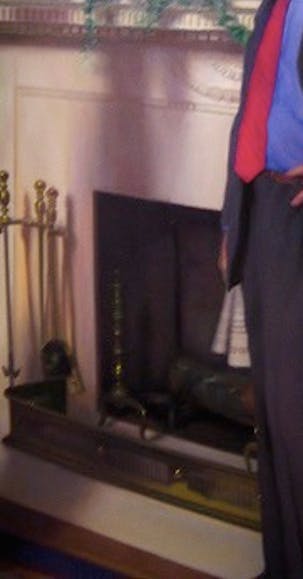 See the shadow hovering over the fireplace? Shanks confessed Friday that this is the shadow of Lewinsky’s blue dress, from which the President’s famous, impeachment-worthy ejaculate was recovered. Not only is the dress here metaphorically, but Shanks claims he painted this scene using a mannequin actually clad in such a blue dress for the ultimate in realism.

Clinton was not around for that part of the artist’s process, presumably only showing up once the background had been completed.