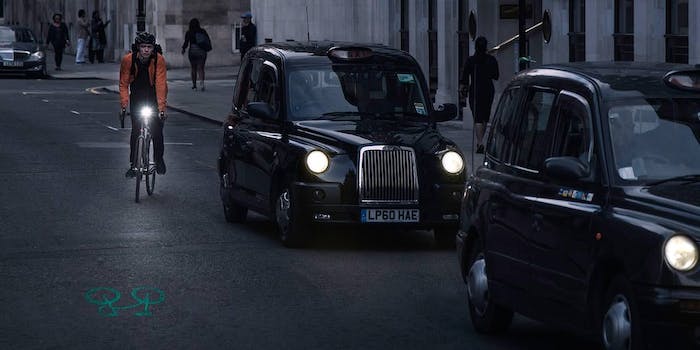 In London, the roads are about to get safer for bike riders and cars alike. A British startup is teaming with the government of London to equip rentable bikes around the city with laser lights.

Blaze, a United Kingdom-based technology firm, is partnering with the government of London to equip rentable bikes around the city with a product it calls Laserlight. It’s one of the company’s two inventions—the other being a blaring bright back light called Burner—helping to make bikers more noticeable while on the road.

The lights will be placed on the 11,500 bikes in London—called Santander Cycles or Boris bikes—available for short-term use around the city. 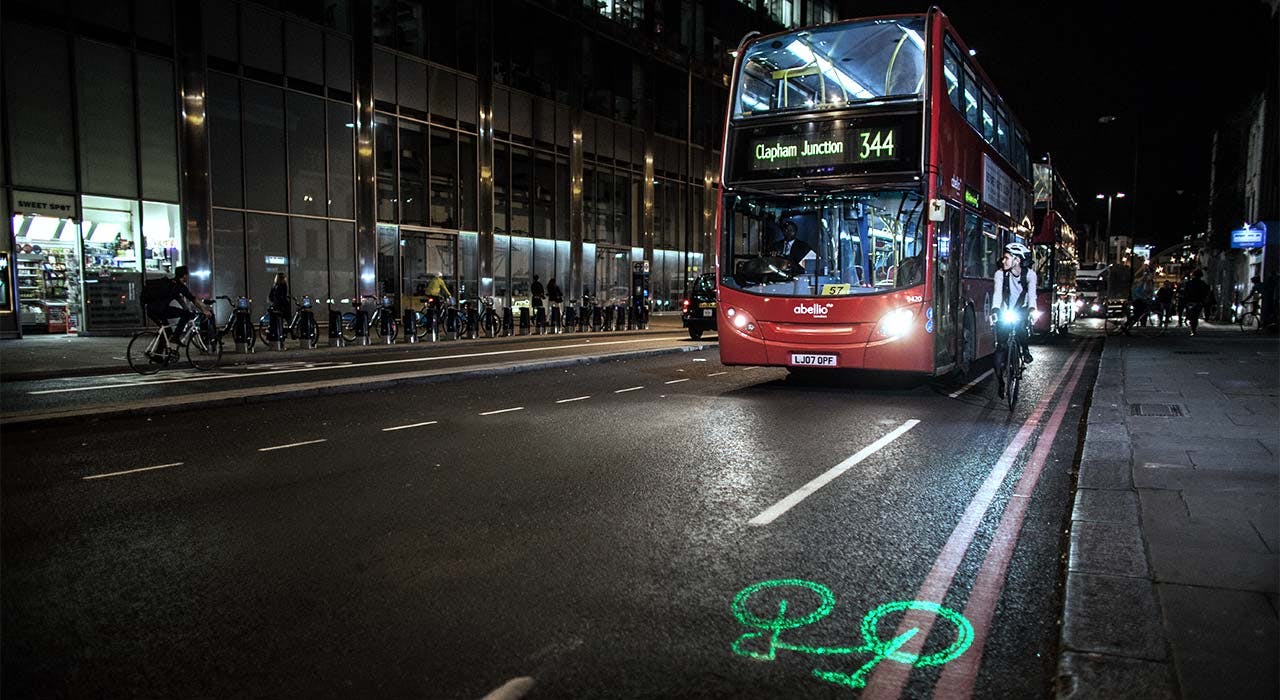 Laserlight is a sort of high-tech reimagining of the traditional bike light. Instead of a simple light, it projects a bike symbol about 20 feet in front of cycler so drivers and pedestrians alike can see if a biker is coming. According to Blaze, 79 percent of cycling accidents occur when drivers move into the rider’s path. Laserlight should help to mitigate those incidents.

Before agreeing to retrofit the bikes with Laserlights, Transport for London ran a test run with 250 bikes and commissioned an independent, 12-week study to test the effectiveness of the lights. It found that bikes with Laserlight at night are easier for drivers to spot than bikes without the light during the day.