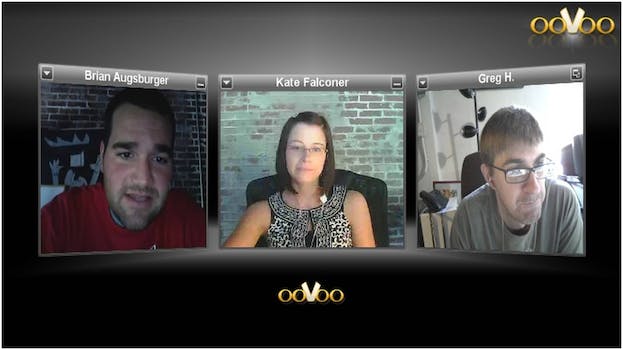 It seems like only yesterday we couldn’t get through a video chat for 10 minutes without either the connection dropping, someone’s screen freezing, or a major audio distortion, but the year is 2016 and technology is moving on up.

Our devices are filled to storage capacity with all of the latest breakthroughs in tech, but you’ll want to make room for a few more of these solid video chat apps for your iPhone.

Oovoo joined the app scene in 2007, four years after Skype made video chat accessible to the media world and has since been embraced by millennials, who make up 65 percent of the app’s user-base. Oovoo has distanced itself from the typical one-on-one conversation by making it possible to chat with up to 12 people at once.

Users can instant message friends, voice call, and, taking a page from the social media playbook, update statuses to let friends know what’s up. On top of the conference call feature, the free version of the app includes video message recording for up to 5 minutes. For $0.99 a year, users can kiss annoying advertisements goodbye and an upgrade to $2.99 per month provides 1,000 minutes of video call storage.

Its in-app purchases include domestic landline and cell phone calls—for 2 cents per minute—and cute, little stickers to message your friends. 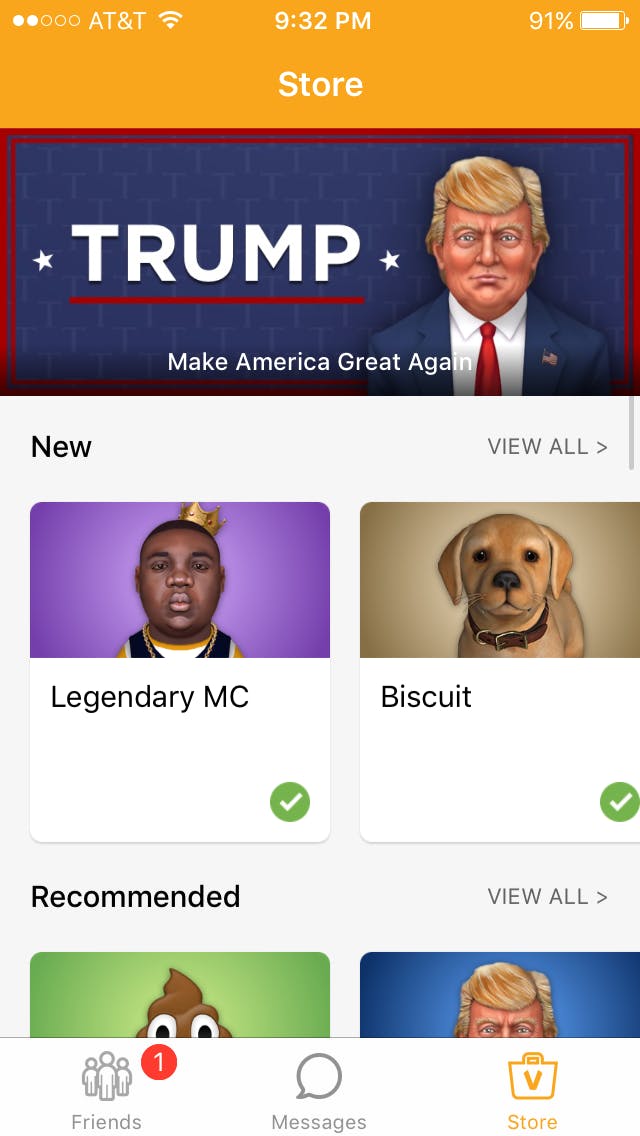 Tango, which launched in 2009, is a peer-to-peer video chat app that includes texting, photo sharing, and games. Apple users should bear in mind that the app is geared toward Android but is available for iOS, Windows, and PCs. Tango acts like a social media platform by  letting you personalize your profile and “like” or comment on photos. It also has cute animations you can send to your friends, and online shoppers won’t be able to help but constantly scan for deals on Tango Store, a 2-million product catalog provided by Walmart and Asian marketplace company Alibaba. 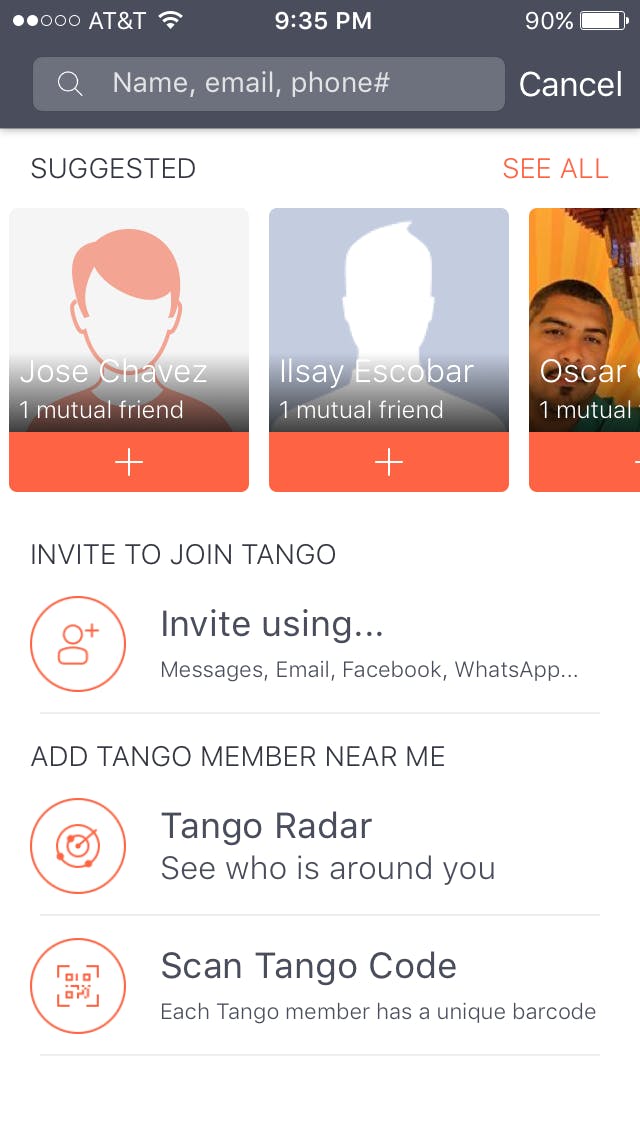 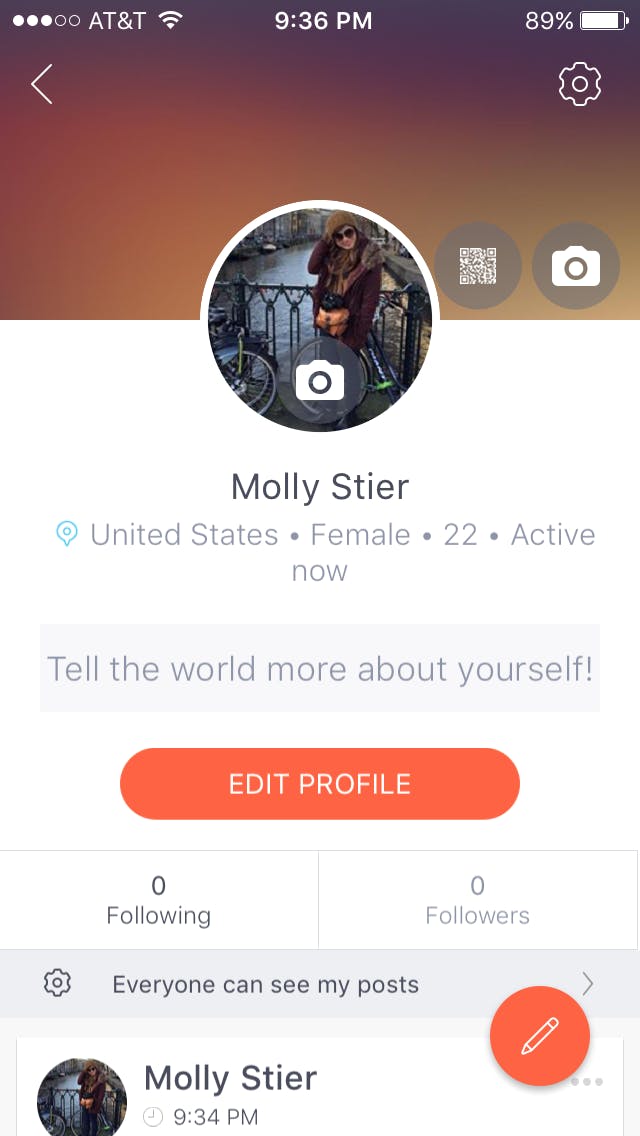 Camfrog, created the same year as Skype by Camshare in 2003, describes itself as a “video chat community,” facilitating discussions between active users in video chat rooms. The free version allows users to join chatrooms often formed by common interests, and can be hosted and moderated by anyone with the app. Users must be 17 or older to download the app for reasons including “mature/suggestive themes, infrequent/mild profanity or crude humor, infrequent/mild sexual content and nudity,” though this is a standard requirement for pretty much any app that accesses public social spaces.

Its latest version lets you shop other chatrooms while staying active in another. There are three tiers above the free version that vary based on premium features, such as joining multiple chatrooms at the same time and sending messages to whoever you’d like. 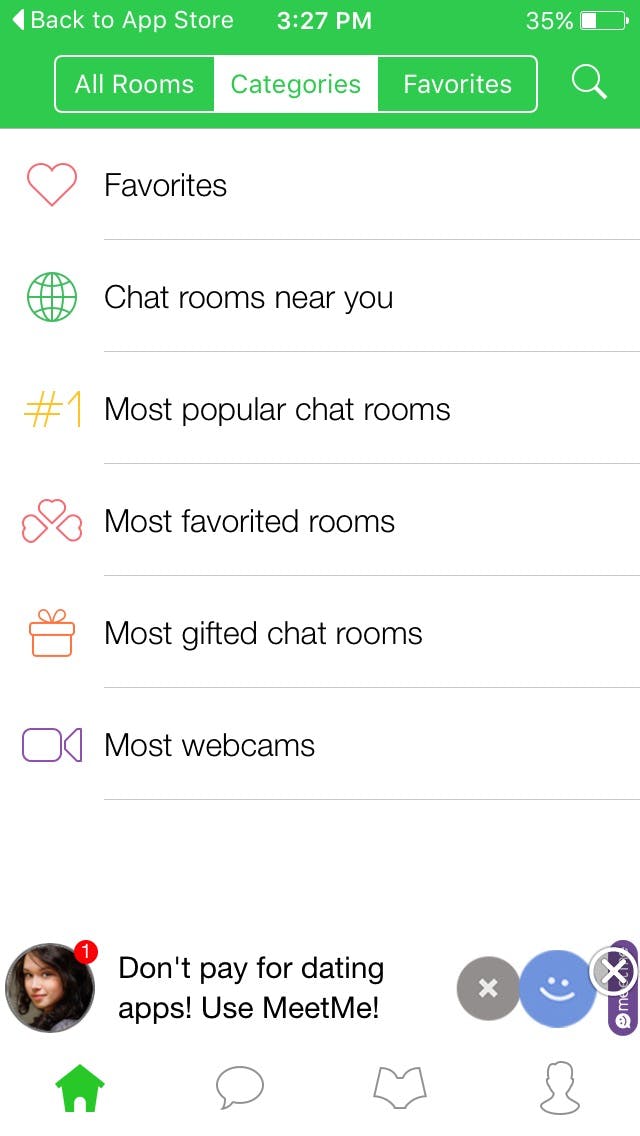 Fring, one of the first companies to provide OTT messaging, offers instant messaging, video messaging, and picture messaging on top of its video chat features. Shortly after its introduction to the video chat app market, service provider Genbrand purchased the company and has since joined OTT solutions and cloud-based services.

For consumers, Fring stands out as the app that offers a feature they call fringOUT, which offers the cheapest rates for calling landlines at 1.2 cents per minute. The app only requires a cell phone number, rather than a lengthy registration process, and is available on both iOS and Android. 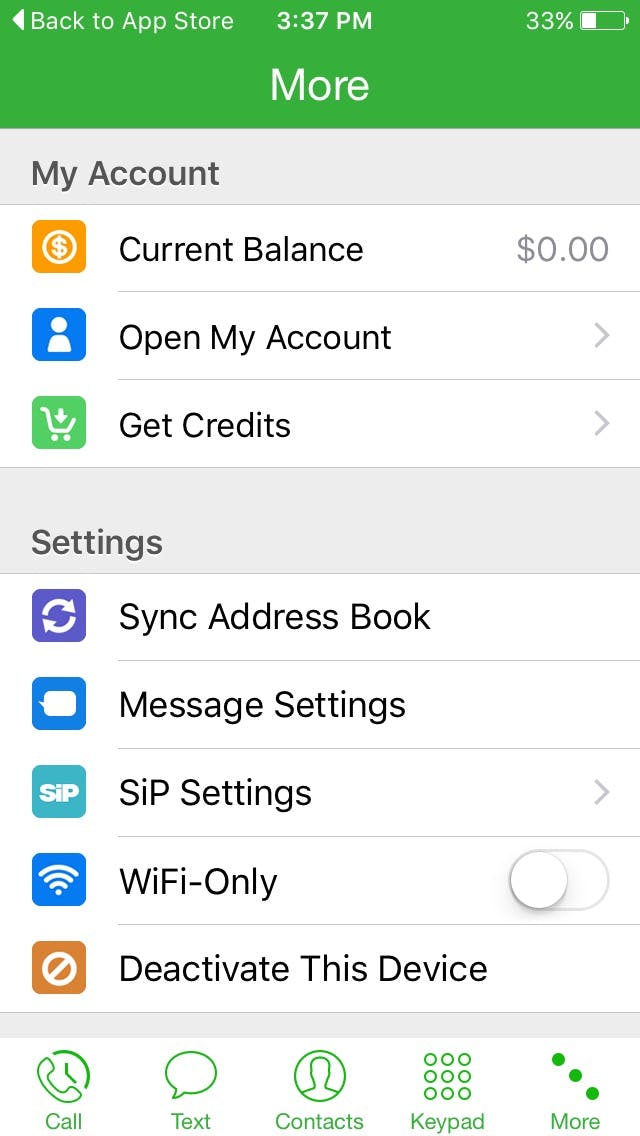 Viber, the 8th most popular Google Play app of all time, offers free calls, texts, and photo messages between users. Viber is the brainchild of founder Talmon Marco, who wanted a better way to keep in touch with his now-wife, who lived in Hong Kong while he resided in New York City.

Instant message features include doodles, stickers, and instant voice recordings. To meet friends at a moment’s notice, Viber allows users to drop a location pin. Like Camfrog, Viber hosts public chats, where users can hop in on live discussions on topics ranging from fashion to sports. By using the Viber Out feature, callers can connect to anyone without the app for a per-minute rate which varies depending on the country. 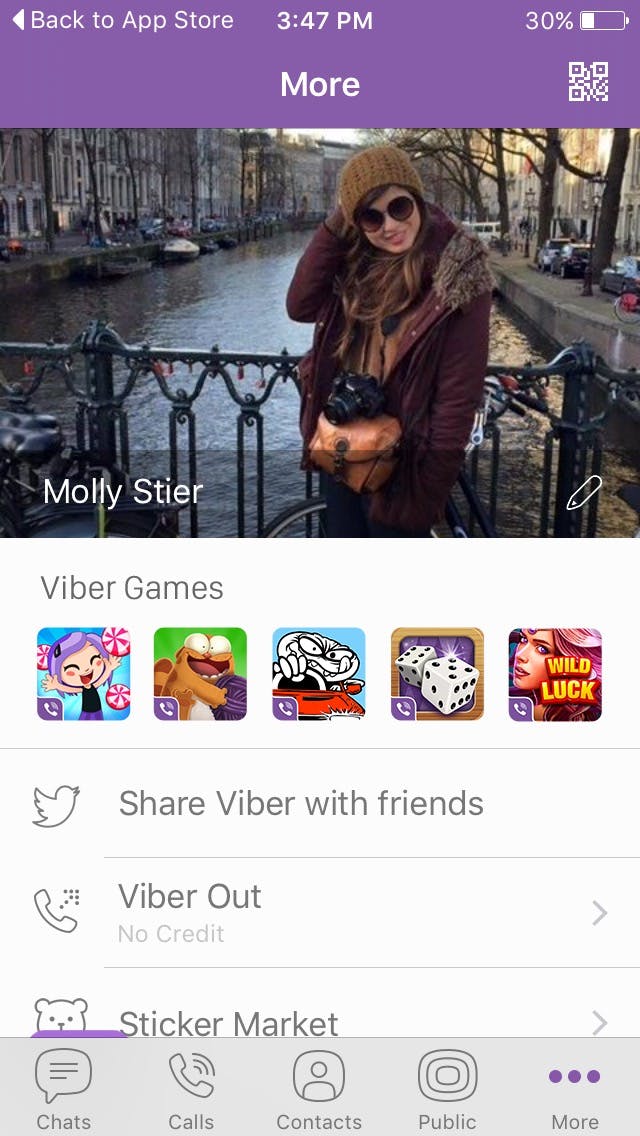 Google’s video chat app used to get a bad rap from iOS users, but since its redesign in 2015, it’s a big contender for your chat time on Apple devices. These changes include a quick compose button to easily message those you contact the most, the ability to send more than one photo at a time, and access images from your gallery, camera, and emoji library.

The app is designed with the same intent as the rest of this list, offering one-to-one video chat calls and group chat options for up to 10 people. It also offers no-charge calling to other Hangouts users and the option to let people know where you are with its connection to Google Maps.

Have you noticed a tiny camera-shaped icon on the right-hand corner of your chat boxes? That’s because Facebook Messenger began enabling video calls as a perk of downloading the social media giant’s separate messaging app first launched in 2015.

All you have to do is press that friendly little icon to make your call to anyone else who has the app. Because you and your friends and family probably already have the app, it’s one of the more convenient ways to connect and it works across devices. 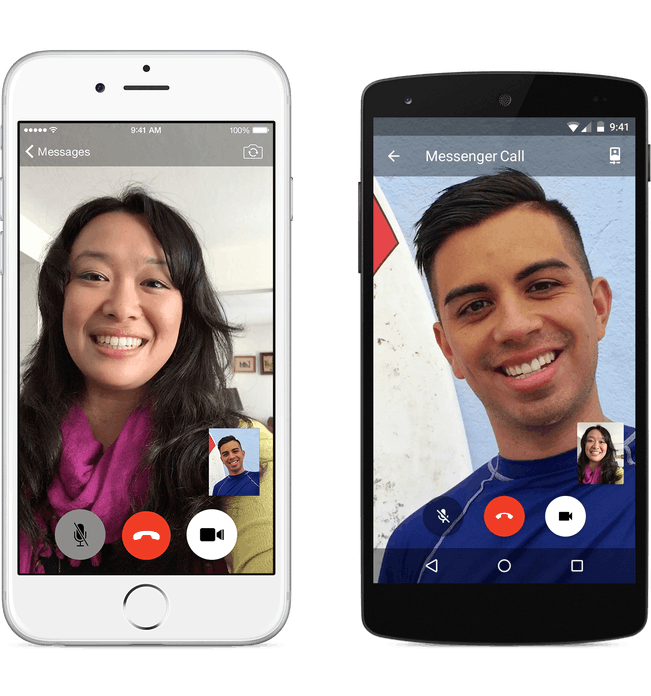 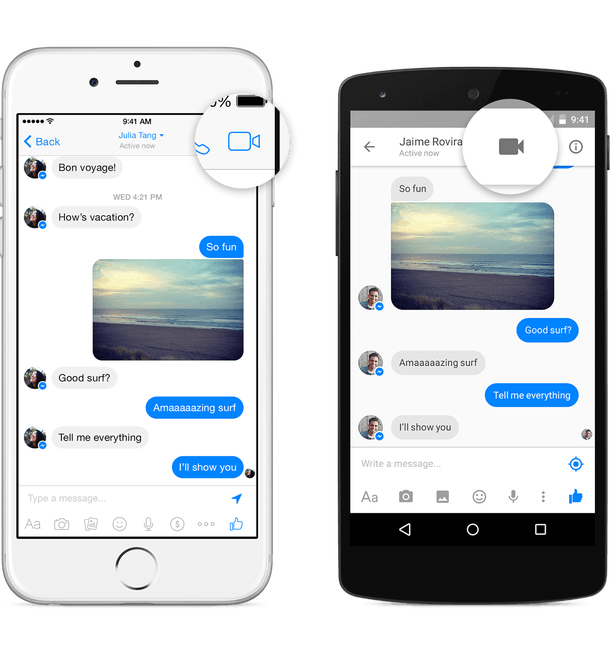