You can now enjoy the freedoms of unlimited data on all major carriers in the United States.

AT&T had a few days of loneliness as the only major carrier without an unlimited data option for all of its customers, after Verizon woke up from its long data-restricted slumber earlier this week.

The second-largest carrier in the country previously offered a plan only to Direct TV and U-Verse customers, but has now expanded the feature to everyone.

AT&T then had the luxury of surveying the land to come up with a competitive pricing model and undercut its competition.

Now is when you get excited at the idea of that actually happening.

And this is when I tell you it didn’t: AT&T’s option is arguably the worst of the major four, and unquestionably the most expensive.

Here is how the pricing breaks down:

The first line costs $100 with each subsequent lines costing an additional $40. AT&T inevitably complicates things by offering the fourth line free after a bill credit, and charges different monthly amounts depending on the type of device added to a line.

Here is a better look at it. 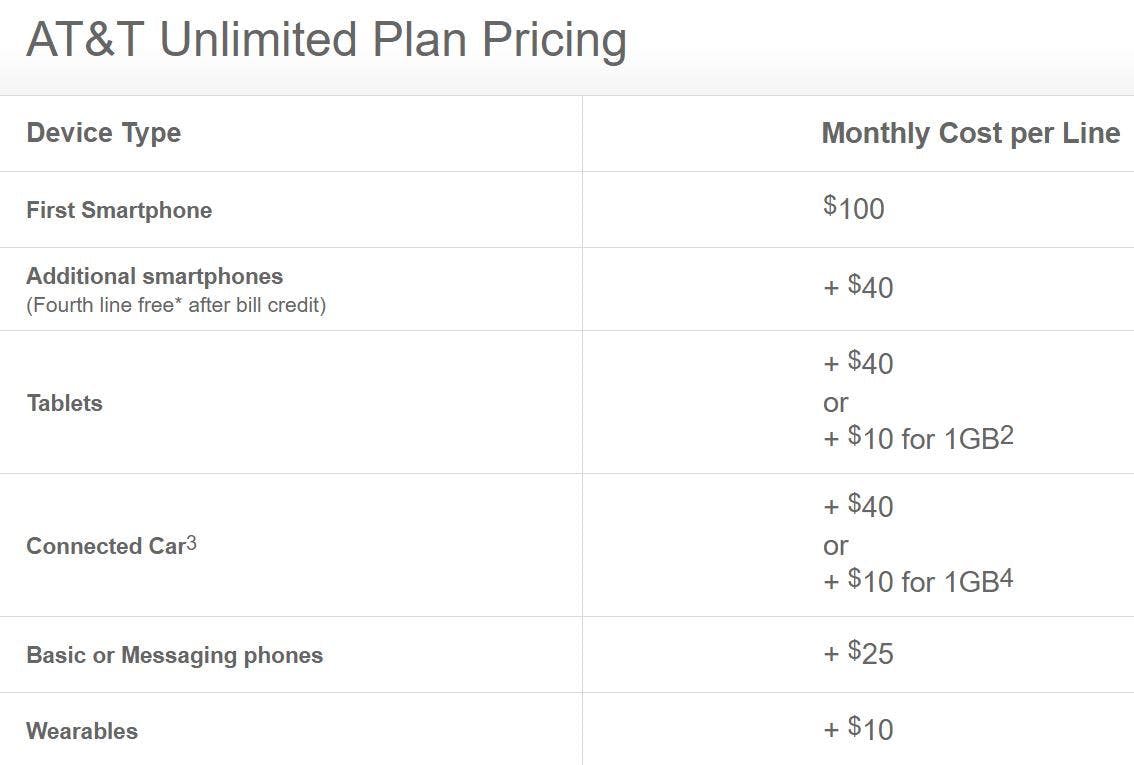 Now here is a nice comparison graph Sprint has been dying to publish: 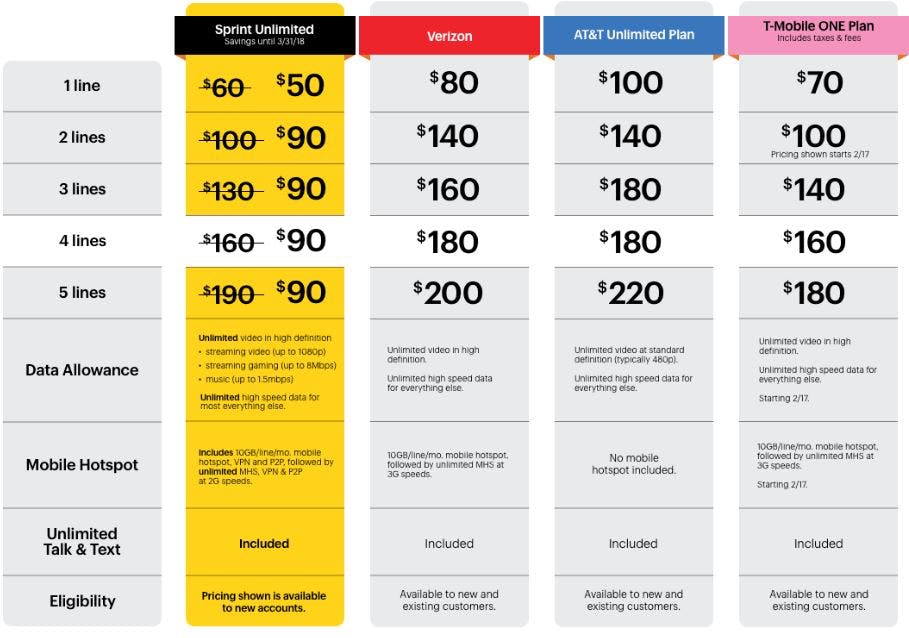 Like Verizon’s plan, AT&T may slow down your speeds after you’ve reached 22GB of data usage on an individual line. However, unlike the other plans, AT&T does not offer any mobile hotspot data—a significant omission given the price.

And it almost seems like the company is trying to get away with offering low-quality video resolution while giving itself the flexibility to market HD video streaming. By default, what it calls “Stream Saver” is turned on, which automatically downscales quality to 480p resolution. You’ll have to manually go in and turn it off to enjoy the capabilities of your expensive smartphone’s screen.

But this is still great news. It means mobile carriers have paid the price for getting rid of unlimited data plans, and are doing what it takes to win their customers back—even if they still need to try harder.