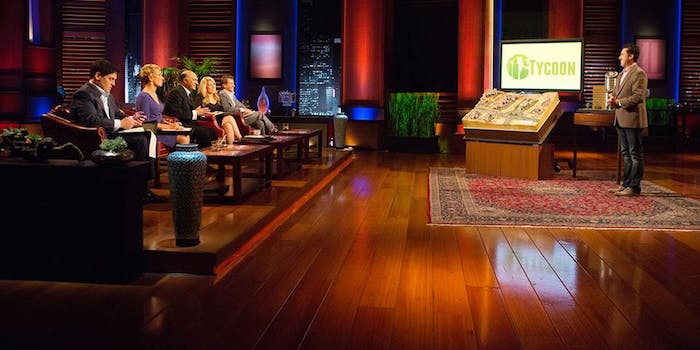 You have to get your start somewhere.

If you haven’t watched ABC’s Shark Tank, you’re missing out on endless hours of entertainment, sweetened with a dollop of pure, unbridled capitalism. This show has it all: Mark Cuban yelling, overinflated egos of all stripes, and make-or-break moments for eager entrepreneurs.

The basic premise of Shark Tank is as follows: Business owners seek to raise money for their budding companies by pitching the “sharks,” a panel of five millionaire and billionaire venture capitalists. Interested sharks fight amongst themselves or collaborate to negotiate a deal with the entrepreneur.

On Friday night’s episode, Keen Home, a consumer electronics company with a product that promises to radically economize the way our homes are heated and cooled, secured major backing from shark Robert Herjavec. The deal is for a $750,000 investment in exchange for a 13 percent stake in the company, plus advisory options. This deal gives the company a valuation of over $5.7 million, one of the highest in the show’s history and the largest ever for a tech company.

“The promise of Keen home is developing what we call proactive hardware and software products to enhance the core functions of the home,” Keen Home cofounder Nayeem Hussain told the Daily Dot. Hussain and his partner, Ryan Fant, say they plan to release a number of products in addition to their smart vent, including a connected device to prevent catastrophic flooding of an owner’s home.

Though Keen Home is now a Shark Tank record-holder, it’s not the only successful tech company to grace the show’s stage.

Revolights is a the maker of a “smart” lighting system, consisting of four rings of LEDs, two white and two red, that attach to the outside of each bike tire, providing forward and side illumination, as well as acting as a working brake light. The lights respond to pedaling providing forward path illumination while making bikers extremely visible from the side.

The company’s novel approach to bike safety got the sharks all geared up. But cofounder Kent Frankovich’s cool demeanor in the face of a generous offer from Herjavec eventually caused Mark Cuban to blow his stack, accusing Frankovich of coming on the show with no intention of striking a deal. In the end, however, the deal went through, which Herjavec announced in a tweet to Cuban.

What can say @mcuban – the deal has closed ! #Revolights

Unikey hopes to one day make the locks on our front doors obsolete. Their product uses a locking mechanism that can be installed on any ordinary front door. Once installed, this lock is tethered to the user’s smartphone, unlocking the door when the phone comes in proximity to the lock. Mark Cuban and Kevin O’Leary went in on this deal together, giving inventor Phil Dumas $500,000 in exchange for 40 percent of the company and controlling seats on the company’s board. After the sharks’ investment, Dumas had the tools he needed to raise an additional $1.1 million, ultimately inking a deal with Kwikset, one of the world’s biggest lock manufacturers.

Breathometer has the privilege of being the only company ever to receive a deal from all five sharks. This app acts as a mobile breathalyzer, with a mouthpiece that plugs into the headphone jack on your smartphone. When Breathometer entered the Shark Tank, the company made a $1 million deal for 30 percent of the company. The company did $10 million in sales a year after appearing on the show. The breathalyzer now connects to your phone via Bluetooth and can immediately connect to Uber to call you a cab if you’ve had one too many—or five or six too many—beers to drive.

GrooveBook is a service that prints up to 100 user-submitted digital photos and sends them to you in a book every month. The service costs only $2.99 per month, due to the signature “groove” in the spine of each book that makes them flexible and allows them to be shipped much more economically. 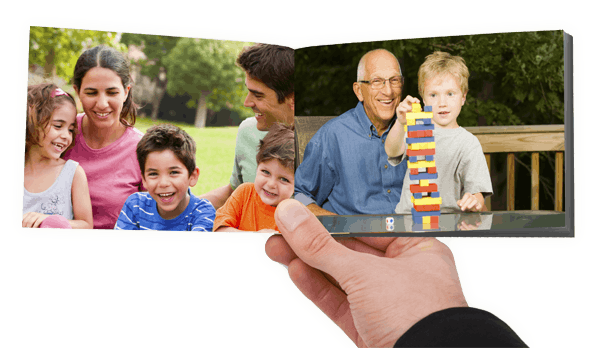 The company sealed an interesting deal with Mark Cuban and Kevin O’Leary, in which the two sharks would receive 80 percent of all the sales from non-subscription sales, leaving 100 percent of the subscription sales to the founders. Last November the company was sold to Shutterfly for $14.5 million, becoming the first Shark Tank winner ever to be sold to a public company just 10 months after the episode aired.

The Omni allows users to fully immerse themselves in virtual reality and get a great workout at the same time. Omni is a $699 custom-designed omnidirectional treadmill with a safety harness to secure users against falls as they run in place while immersed in a virtual landscape seen through an Oculus Rift headset.

Virtuix began its journey to the marketplace with a Kickstarter campaign that raised $1.1 million of its $150,000 goal. The Omni initially caught the attention of most of the sharks when it was featured in season five, but they all eventually balked at the $20 million valuation the company’s CEO placed on the product, as well as the perceived over-reliance on Oculus.

That is, until Mark Cuban changed his mind, presumably because Oculus was bought by Facebook. Cuban decided to join a number of other investors in a $3 million funding round last year for an undisclosed stake in the company. The company has currently pre-sold around 3,500 units and hopes to enter commercial production this year. You’ll have to shell out an additional $200-400 for the Oculus VR headset, of course.