The best smartphones for selfies

Because that's what's high on so many of your spec lists.

Sony Japan reportedly just released the Xperia Z4, an upgraded version of their already swanky, gamer-friendly Xperia Z3, with added features that will appeal to mobile photography enthusiasts, such as a slimmer and lighter body and an improved 5.1-megapixel front camera, now armed with the same wide-angle lens the main one has. And as if having a phone armed with a 20-megapixel main camera wasn’t enough, the Xperia Z4 also has camera shake correction, ensuring that your gallery is only filled with non-blurry, Instagram-worthy selfies.

While Sony’s quiet announcement of its first smartphone release this year makes the product official and has it slated for “later this summer”, it’s unclear when it will actually hit the U.S. market. In lieu of this, we’ve rounded up the best smartphones available right now that can elevate your selfie game to greater heights.

iPhone 6 and the iPhone 6 Plus

Say what you want about the iPhone—the power of its camera is undeniable.

Apart from its highly reliable auto-focus function, its 8-megapixel iSight camera has improved face detection and exposure control, giving your self-portraits the oomph they deserve. For iPhone 6 Plus users, you get the bonus of optical image stabilization, so you can capture in-motion photos better.

We would be remiss if we failed to mention an Android counterpart to the iPhone’s stellar-quality camera. The Galaxy S6 line actually trumps the iPhone 6’s 8- and 1.2-megapixel camera combo, with both Samsung models boasting 16-megapixel primary and 5-megapixel secondary cameras. 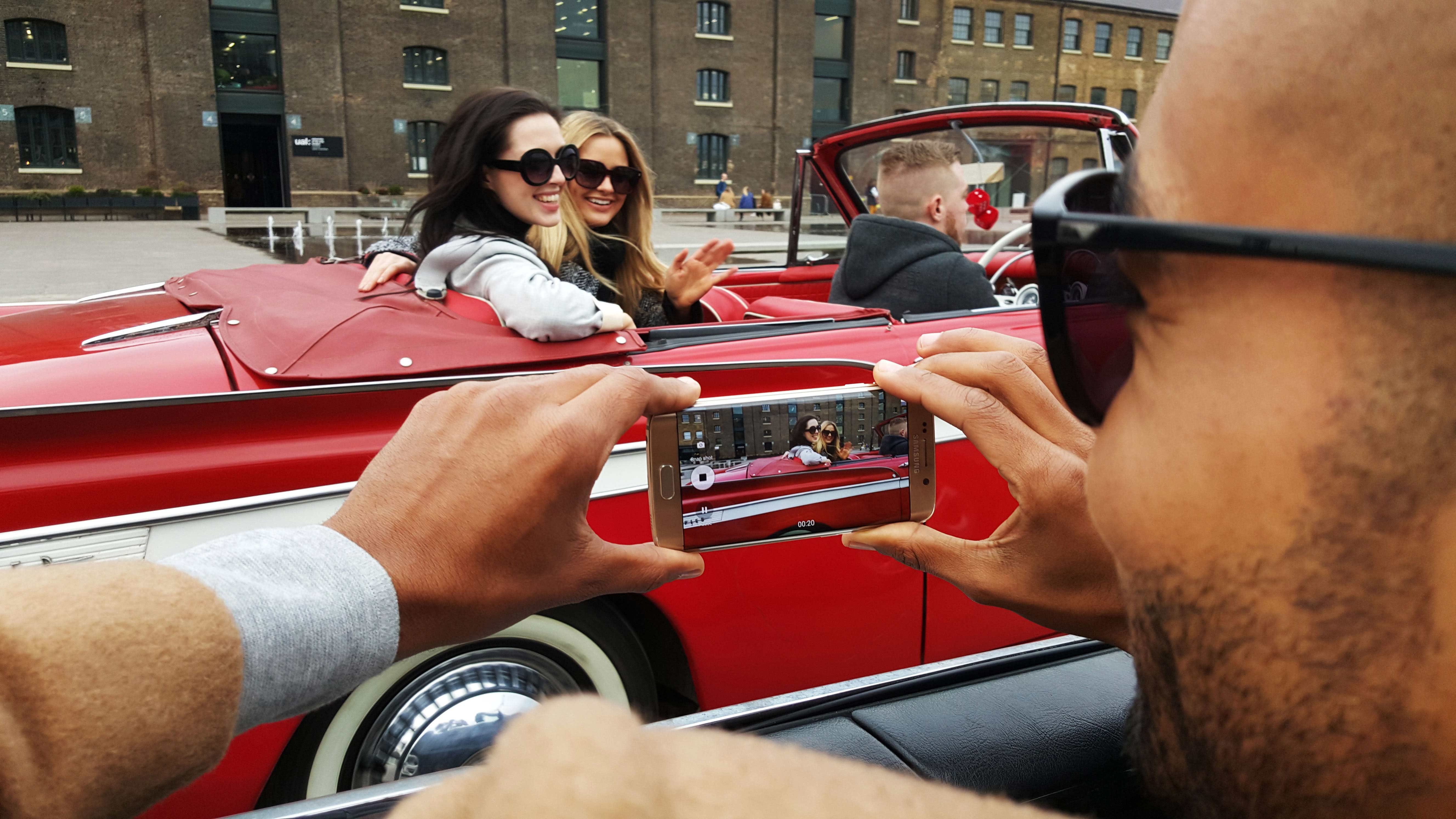 Both models also come with touch focus, face detection, and optical image stabilization for the rear camera, as well as Samsung’s popular Beauty Face camera mode, which can turn your selfies into flawless works of art.

You cannot go wrong with a smartphone marketed specifically for enhancing your selfies. It comes with two 13-megapixel cameras that are each armed with LED flash. The smartphone’s sensors also work together to achieve the best possible ambient lighting possible. 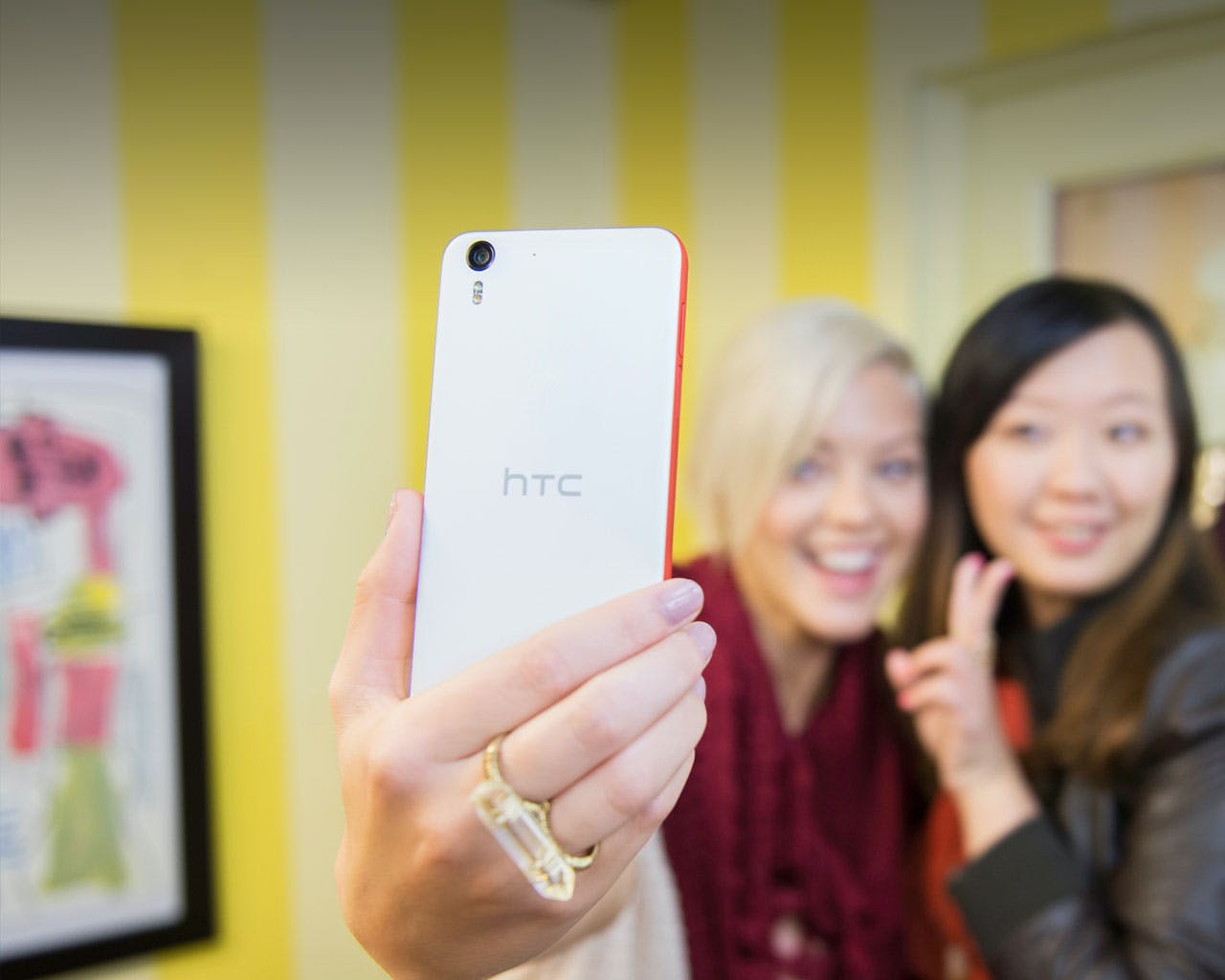 Another smartphone specifically designed for “the greatest selfie experience,” the Nokia Lumia 735 has a wide-angle, 5-megapixel front-facing camera that lets you take group selfies with ease. 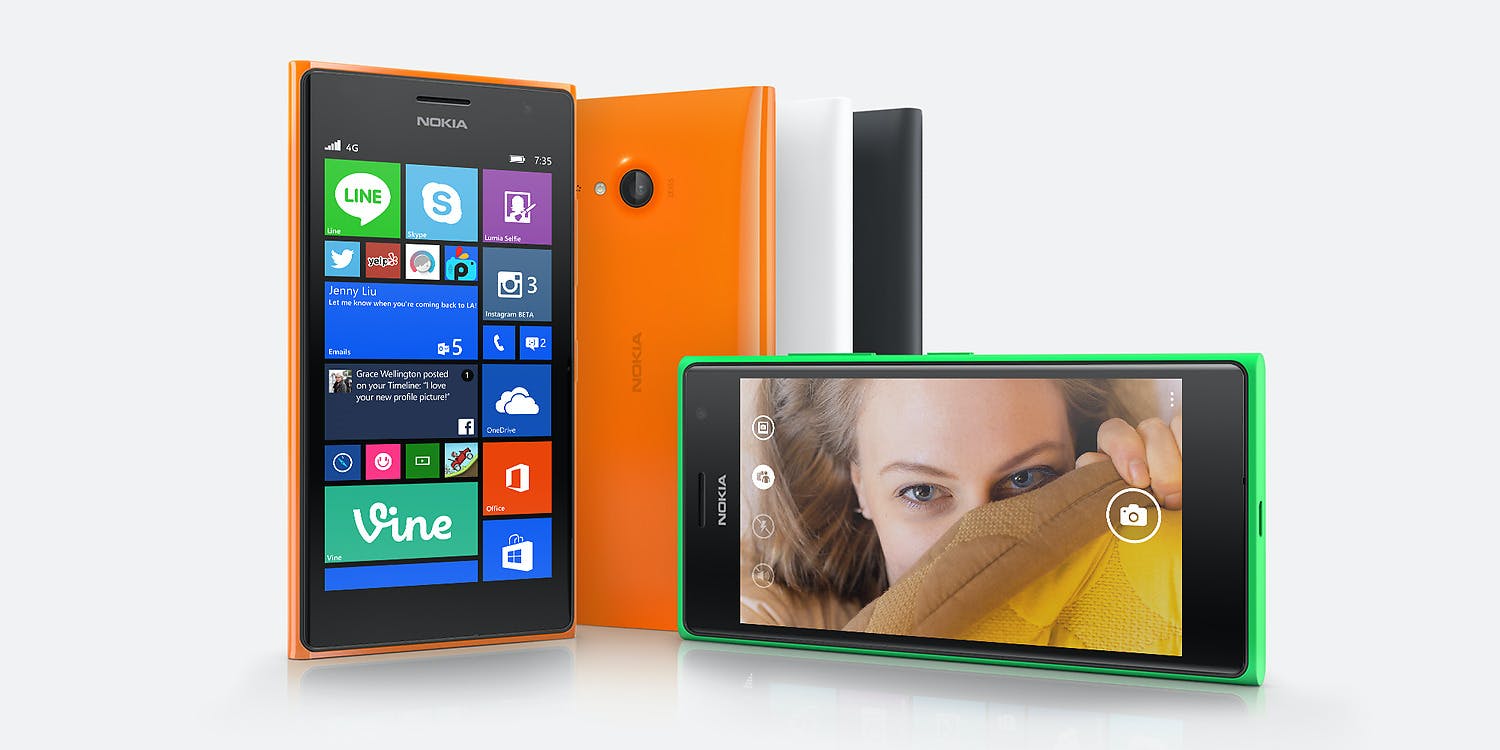 That, its 6.7-megapixel main camera, its various selfie apps, and its colorful design hope to encourage mobile photography enthusiasts to opt for a Windows phone, which is one of its more compelling arguments.

If you want to take “design” a notch higher, then this curved smartphone slated for release this week might be the selfie smartphone for you. It has a 13-megapixel and 2.1-megapixel rear and front cameras respectively. It also has a motion recognition feature that detects movement—from the use of a selfie stick or a raised arm—and shoots out an automatic preview of the last photo taken so the user won’t have to check shots manually. 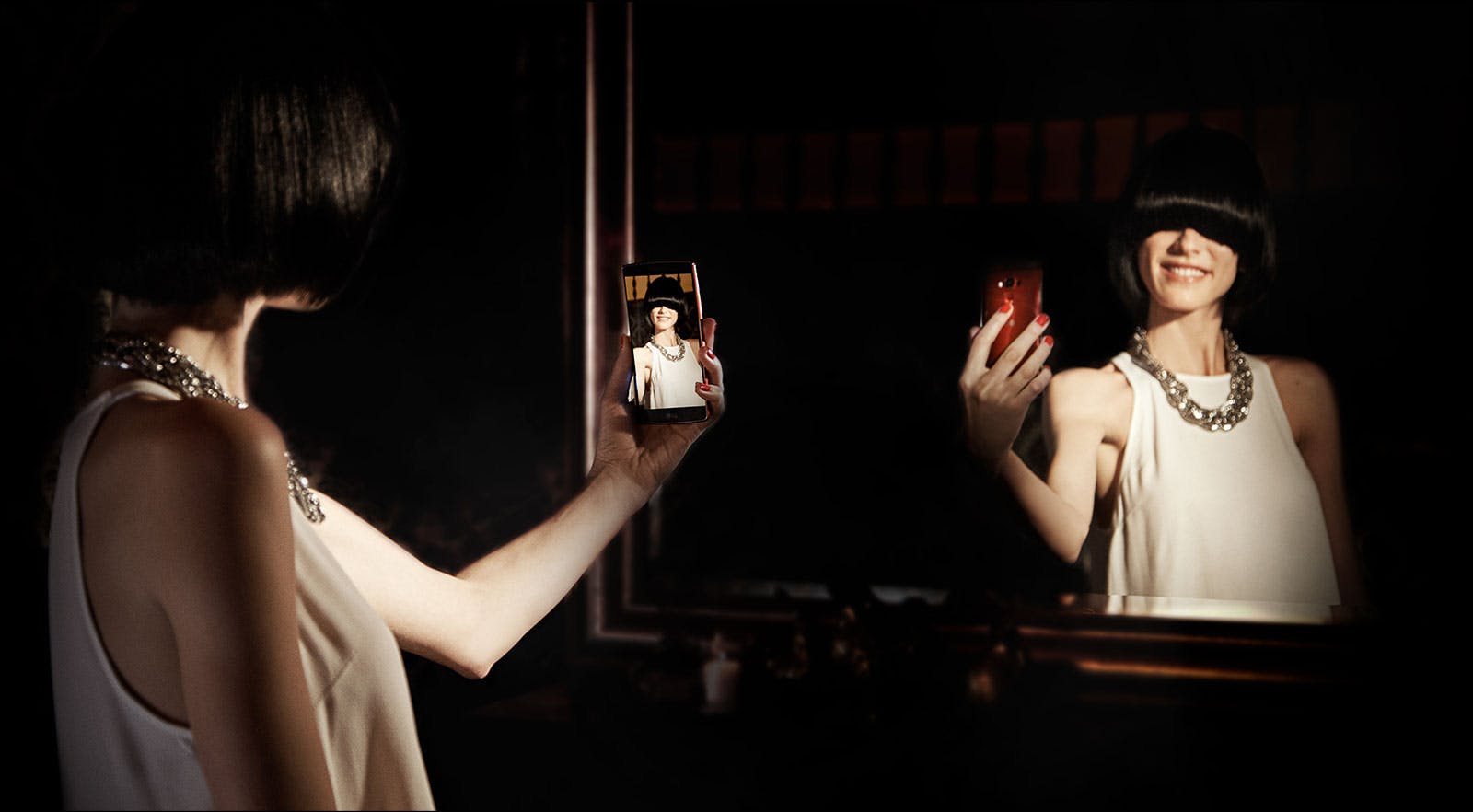 It also has a selfie-friendly feature that allows you to trigger a 3-second timer through a simple gesture and to view your images just by tilting the camera down.

If you want to sport a smartphone with an obscure brand, Huawei has a few that are worth considering. The Ascend Mate 7 has 13-megapixel rear and 5-megapixel front cameras that are designed to perform awesomely in low-light conditions.

It also comes with a 1.2-second ultra snapshot feature that lets you capture the best moment possible on your phone.

Who says only popular smartphone brands have the greatest cameras? BLU might be an unknown compared to some of the companies competing in the smartphone market, but some models in its product line boast a 13-megapixel camera—which is a few megapixels higher than the iPhone 6’s capability—that has a 95-degree wide angle, letting you cram as many of your friends into your group photo as possible. 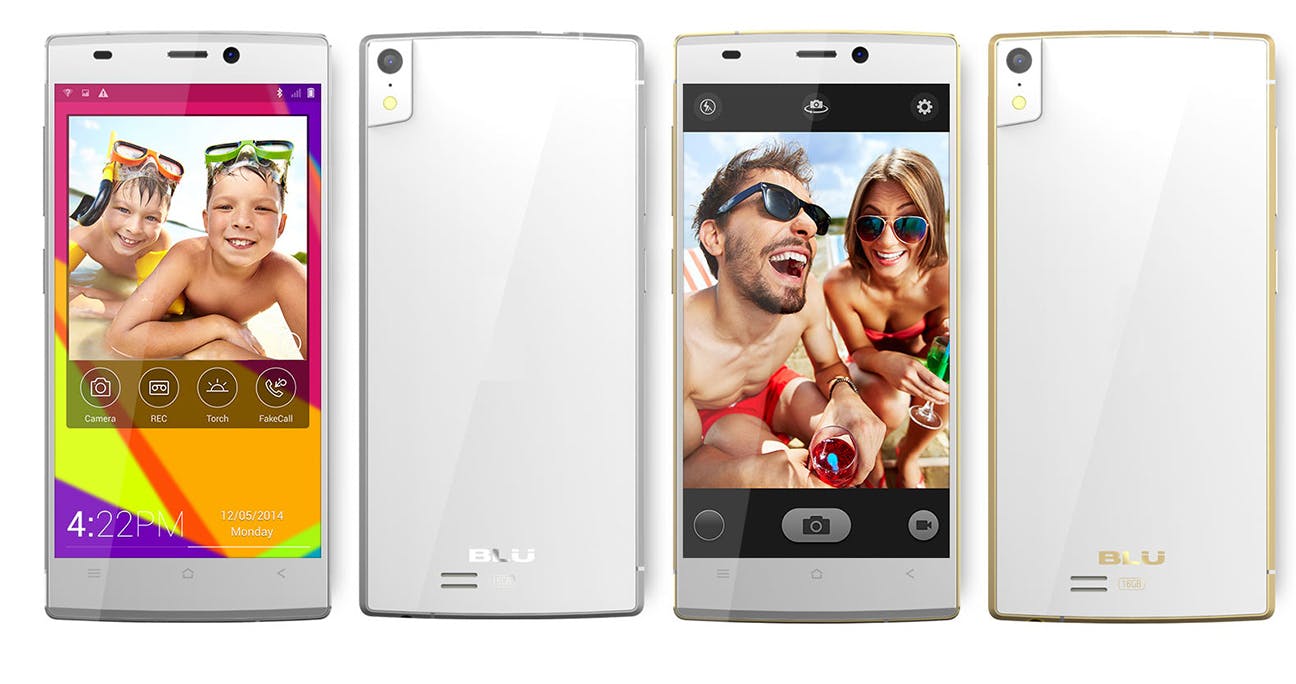 The Vivo IV also has a 5-megapixel front-facing camera that can yield you clear and crisp selfies.