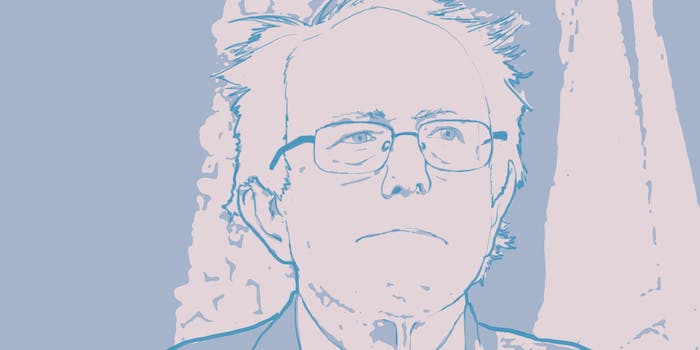 How the Democratic and Republican candidates for president celebrated Halloween.

Bernie Sanders took his grandchildren trick-or-treating for Halloween, resulting in some pretty cute video of New Hampshire residents realizing, nope, that’s not a great Bernie Sanders costume—it’s the senator and presidential candidate himself.

One elderly man notices Sanders and asks, “Do I know you?” When Sanders responds by introducing himself, the man calls it “thrilling” and keeps a grasp on Sanders’ hand until his friend Roy can come out on the porch to see Sanders for himself.

The Washington Post reports that, although Sanders did not don a costume, his grandchildren did: “Grayson, 9, was the Abominable Snowman. Ryleigh, 10, was Sonic the Hedgehog. And Sunnee, 12, was the White Witch from ‘The Lion, the Witch and the Wardrobe.'”

Sanders’ opponent for the Democratic nomination, Hillary Clinton, marked the holiday by posing with a young girl in a Hillary costume.