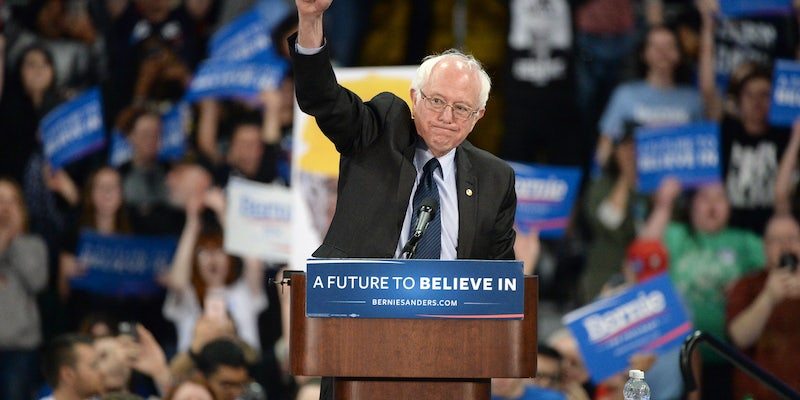 Sanders is putting his money where Trump's mouth is.

Vermont Sen. Bernie Sanders is joining the top Democrats in Congress in leading a charge against President-elect Donald Trump ahead of his inauguration on Jan. 20.

Dubbed “Our First Stand: Save Health Care,” the proposed rallies aim to oppose Republican policies that would affect Medicare and prescription drug prices. 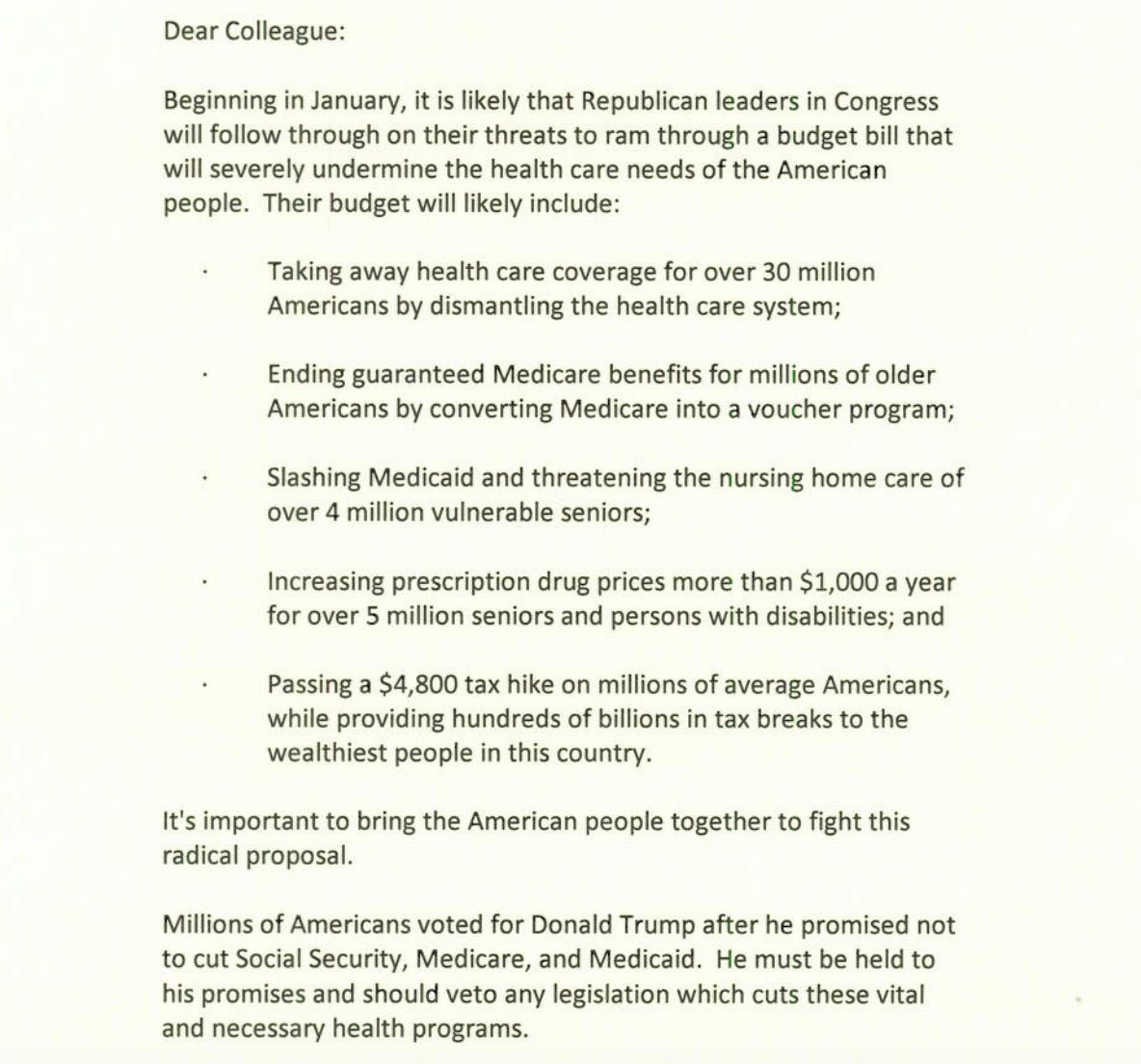 Trump vowed throughout his campaign to end the Affordable Care Act, better known as Obamacare, as we know it, and he has stood by the promise as president-elect. Further, Trump’s selection of Rep. Mick Mulvaney (R-S.C.) to oversee the Office of Management and Budget (OMB) bodes ill for champions of entitlement spending—Medicare, Medicaid, and Social Security chief among them.

Sanders’ signature on this letter alongside the top two Democratic leaders in Congress is a sign of the political cache he gained in his challenge against former Secretary of State Hillary Clinton for the 2016 Democratic presidential nomination. Following the November election, Schumer added Sanders to the Democrats’ expanded leadership team, which he promised would help deliver a “bigger, bolder, sharper-edged economic message” to middle- and working-class Americans—enough of whom defected to Trump on Election Day to make him president.

In addition to his political capital, Sanders’ team tells Quartz that they will put the remaining money donated to the senator’s presidential primary campaign toward the Jan. 15 rallies.