A candidate's evolution in action.

During Tuesday night’s Democratic presidential debate in Las Vegas, the candidates were presented with a question in the form of a video from a young African-American man. The question was both incredibly simple and immensely complicated: “Do black lives matter or do all lives matter?”

In the eyes of the activists of the Black Lives Matter movement, there was a right answer and a wrong answer. Vermont Sen. Bernie Sanders gave the correct one.

Former Maryland Gov. Martin O’Malley followed Sanders’s comments with his own show of support for Black Lives Mater. “The point that the Black Lives Matter movement is making is a very, very legitimate and serious point, and that is, as a nation, we have undervalued… black lives.” O’Malley said.

Activists often take issue with the phrase “all lives matter” because, they argue, it minimizes issues, such as police brutality and institutional racism, specifically afflicting the African-American community more so than other racial or ethnic groups.

That Sanders and O’Malley instantly and forcefully voiced their unequivocal support for Black Lives Matter shows how the social media-fueled civil rights movement has become a new center of gravity for the Democratic party.

Both candidates’ relationships with the movement were formerly considerably more rocky. During the Netroots Nation conference for progressive activists earlier in July, O’Malley was in the middle of being interviewed when a group of activists stormed the room and angrily started questioning the former governor about what he would do on civil rights. “Black lives matter. White lives matter. All lives matter,” O’Malley said, eliciting a chorus of boos.

When Sanders went onstage shortly thereafter, they continued to yell, to which Sanders replied, “If you don’t want me to be here that’s OK. I don’t want to out-scream you.”

Sanders’s was similarly interrupted a few weeks later when activists rushed onstage during a rally in Seattle, shoving the candidate aside to give a speech about police violence against African-Americans and calling the largely white crowd, which was pelting them with jeers for interrupting Sanders, racists. Sanders simply left the stage and elected not to speak.

The conflict between the candidates—especially Sanders, who has spent recent months gaining in the polls—and Black Lives Matter created the narrative of a rift between the largely white standard-bearers of the Democratic party going forward and the traditionally reliable African-American base. High turnout among African-Americans was one of the major factors lifting President Barack Obama to victory. If that support were to wither away, it would complicate any Democrat’s chance of winning the White House.

Sanders, who is running as the strongest progressive in the race, quickly pivoted to include the concerns of Black Lives Matter activists into his core platform. He added a “racial justice” page to his website, with policy proposals echoing many of the concerns of Black Lives Matter activists. He met privately with activists and hired Symone Sanders, a black woman with a background in criminal justice advocacy, as his national press secretary. 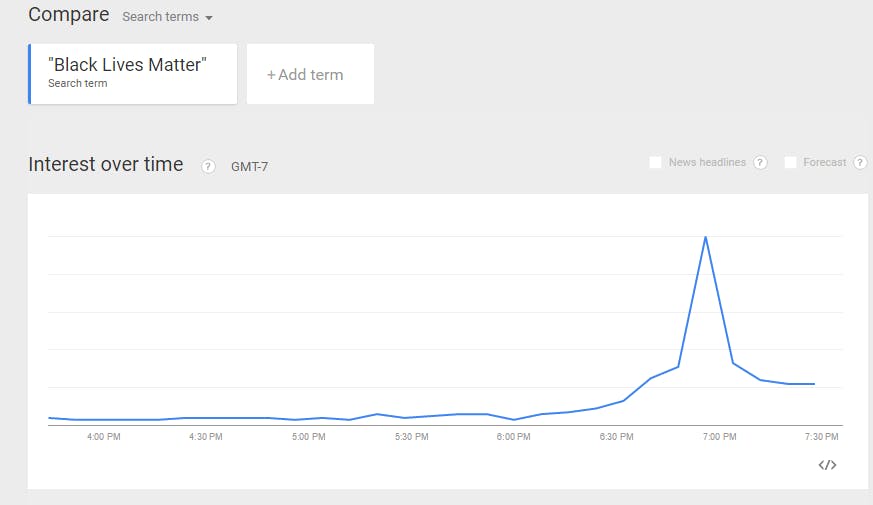