What a bright idea.

Millions of people have already cut the cable cord in favor of streaming, but Dutch startup Beam Labs wants people to do away with their screens, too, in favor of its light bulb that doubles as a projector.

The Beam projector takes the concept of the smart bulb to the next level. Buried inside the bulb’s casing is a microcomputer, complete with a 1.3 GHz dual core processor and 8GB of storage.

Beam connects to iOS and Android devices, which isn’t uncommon for a smart light bulb. But instead of allowing you to turn it on and off or change colors, connecting to Beam lets the user stream any content imaginable from their mobile device through the projection lens.

Despite being small in stature—just about 6 inches long and 4 inches wide and weighing in at less than a pound—Beam manages to create a large picture with its LED Pico projector that can last for 20,000 projection hours.

It broadcasts at 854 by 480 pixel resolution, and the bulb offers two built-in speakers, making it an all-in-one personal movie projector—though it can connect with external speakers for even better sound.

What sets Beam apart from other projectors is its ability to be put to use almost anywhere and for a wide variety of situations. Since the entire system is crammed into a small package, Beam can be propped up on just about anything. It just needs to be angled at a flat surface and it’s good to go. 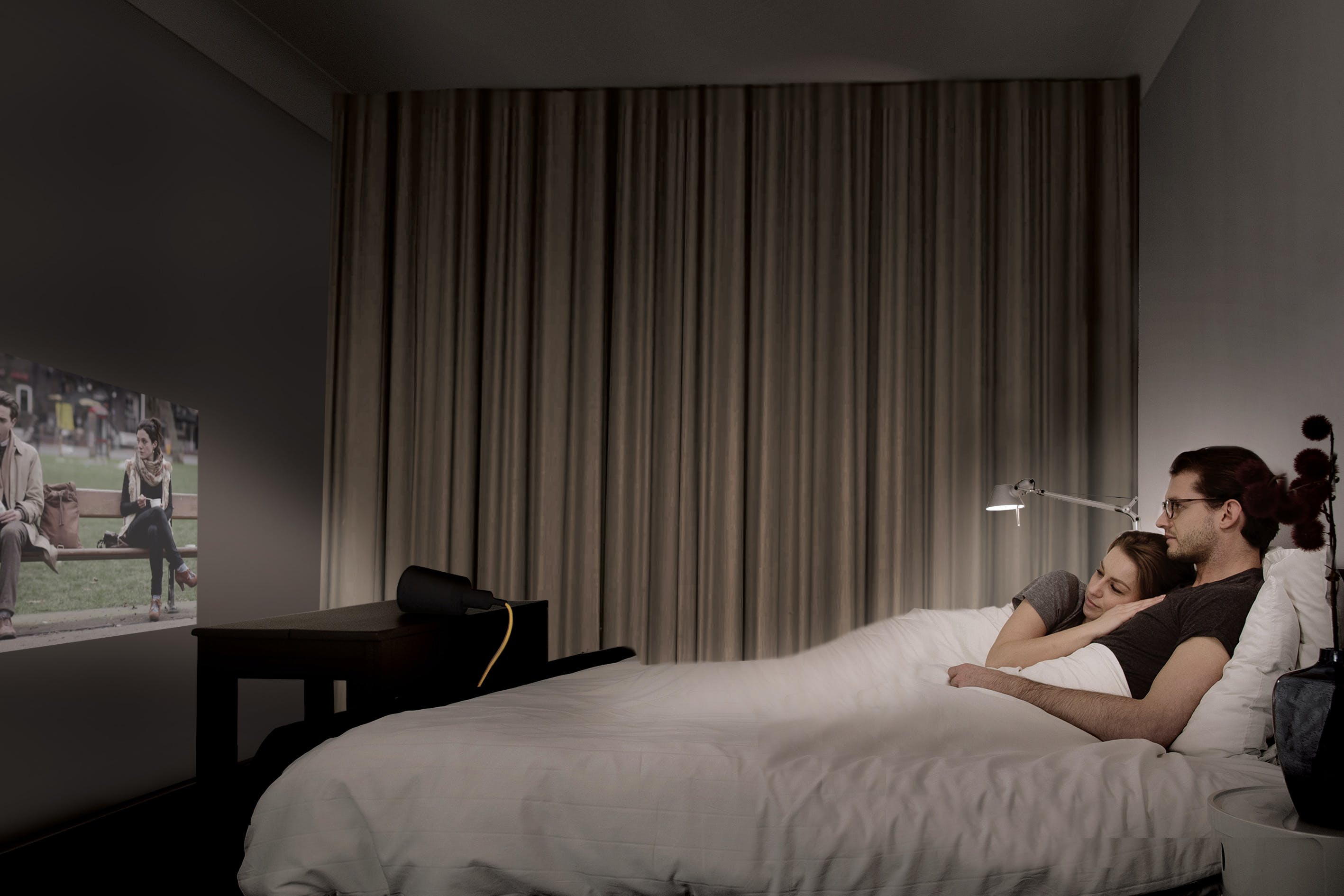 Because of the computer inside, Beam is also completely programmable. It can act as an LED light for reading, be set to display messages, or bring up information when you need it. Beam utilizes an “if this then that” system, like the popular IFTTT app that makes it easy to automatically set commands, like showing weather at a specific time or playing music when someone comes home.

A Kickstarter alumni that raised over $750,000 from nearly 2,000 backers, Beam is available to buy, starting at about $450. It’s pretty pricey for a lightbulb, but not too bad for a home projection system that can do a lot more than your standard home theater setup.