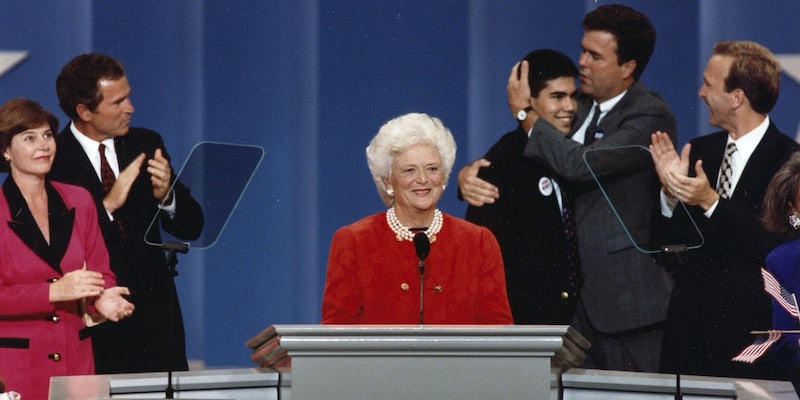 Instead, she’ll focus on comfort care.

Former first lady Barbara Bush, who’s been in failing health for some time, will forgo any more medical treatment and instead try to remain comfortable at home, CNN reported Sunday.

This was the statement put out by the office of George H.W. Bush.

Statement by the Office of George H. W. Bush on the health of former First Lady Barbara Bush. pic.twitter.com/4csUS6IRKZ

I disagreed with both Bush presidents on many things, but the tremendous love the children felt for George HW and Barbara was always obvious. That is a sign of a life well lived. I wish her peace.

Sad to hear about Mrs. Bush’s health. An American lady and civic character, in the best sense. Tough, fun, frank, devoted to country. And so clearly loved by her family and many others.