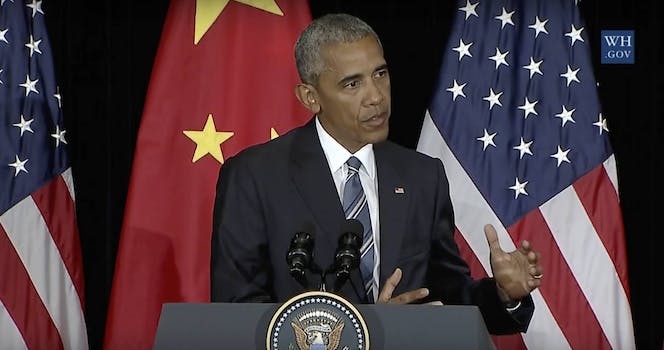 But on Sunday, with only 20 days left of his presidency to go, Barack Obama took hold of his own Twitter account and went off on a tweetstorm that highlighted his proudest accomplishments of the last eight years. His own Victory/Thank You tour, so to speak.

It wasn’t a particularly long tweetstorm—it only lasted seven tweets—but it packed quite a punch if you’re an Obama fan.

As we look ahead to the future, I wanted to take a moment to look back on the remarkable progress that you made possible these past 8 years.

Facing the worst financial crisis in 80 years, you delivered the longest streak of job growth in our history. pic.twitter.com/Vk3PfRgZqF

After decades of rising health care costs, today nearly every American now has access to the financial security of affordable health care. pic.twitter.com/5e4nEcCxIM

We traded foreign oil for clean energy, we doubled fuel efficiency standards, & we acted on a global scale to save the one planet we've got. pic.twitter.com/7alrOtHNIr

We brought home more of our troops & strengthened U.S. leadership—leading with diplomacy & partnering with nations to meet global problems.

From realizing marriage equality to removing barriers to opportunity, we've made history in our work to reaffirm that all are created equal.

It’s been the privilege of my life to serve as your President. I look forward to standing with you as a citizen. Happy New Year everybody.

Meanwhile, Trump welcomed the new year with this tweet.

Happy New Year to all, including to my many enemies and those who have fought me and lost so badly they just don't know what to do. Love!