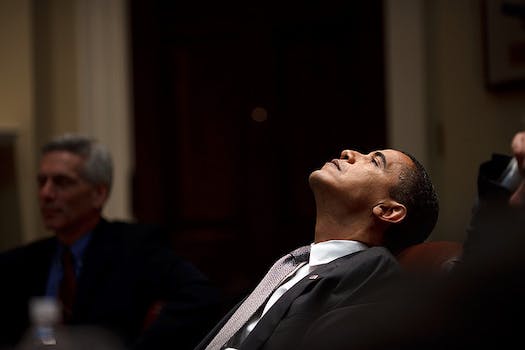 Obama thinks Gingrich, Santorum are beneath mention on Twitter

President Barack Obama and Mitt Romney, the former Massachusetts governor, may be on different sides of the political spectrum, but they’ve come together on Twitter to say that the race for the White House is a two-man show.

Neither man has actually declared that belief in so many words. But even as Rick Santorum, Newt Gingrich, and Ron Paul continue to crowd the field, a search of Obama and Romney’s Twitter feeds find little mention of any of the third-tier candidates. The lack of mentions strongly suggests that both campaigns are ready to move beyond the primary season and into the general election.

Give Obama credit for consistency. He rarely mentioned GOP candidates besides Romney last year as well. But that was before the former governor had been battered by the surprising primary season. With Santorum rising in the polls, one would think he’d be the topic of attacks from the president’s reelection campaign. That hasn’t been the case.

Since the beginning of the year, @BarackObama—Obama’s campaign Twitter, not his official presidential @whitehouse account—has mentioned Romney 17 times. It mentioned Santorum once in the same time period. The attacks came as recently as this week, when the campaign wrote: “Mitt Romney said he would ‘get rid’ of Planned Parenthood. Stand with the President in support of women’s health.”

On Romney’s side, Obama has been directly mentioned almost 40 times since late December; Santorum only three times. And only two of those were blatant political attacks. On Jan. 29, the campaign wished Santorum’s family well after his daughter was hospitalized.

All of these mentions means one thing: Obama and Romney want to fast-forward to November. We look forward to the Twitter arguments between their staffs.

Photo by the White House