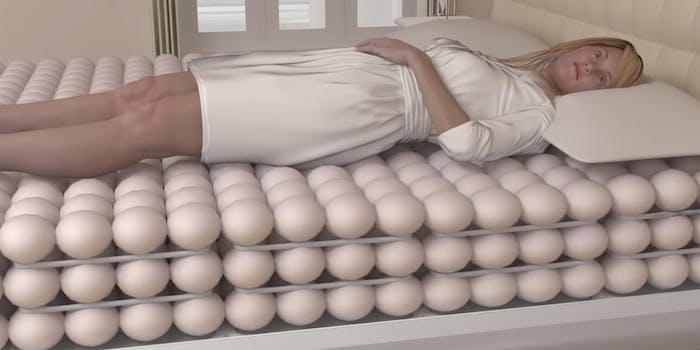 Creepy new ‘smart bed’ will know everything about how you sleep

I’m no technophobe, but I can’t say I ever dreamed of a future where mattresses are computerized. Nevertheless, our march toward the “Internet of Things”—that world in which household fixtures will all be connected in a network of digital convenience (and vulnerabilities)—continues with the game-changing “Smart Interactive Bed” from Balluga.

You may be impressed by the short animation below, or like me, you might recoil at the dead-eyed blinking of a female figure straight out of the uncanny valley. Though some features (climate control!) sound appealing, the ambient light show is like a scene from Poltergeist, while the security function calls to mind a fallout shelter or some sleek, totalitarian dystopia.