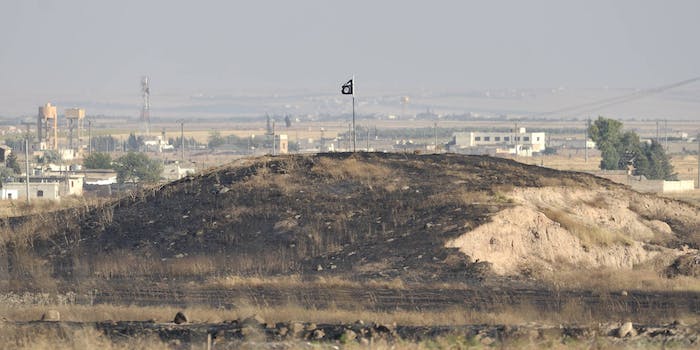 ISIS kills at least 115 in Baghdad bombing during Ramadan

The attacks occurred during one of the last nights of Ramadan.

At least 115 people are dead after a bomb exploded in Baghdad’s Karrada district on Saturday night, according to Iraqi officials.

The attack occurred in an area full of shops, cafes, and hotels as many people gathered to celebrate one of the final nights of Ramadan, a Muslim holy month observed by fasting. A refrigerator truck containing explosives was set off in front of a restaurant in the predominantly Shia neighborhood.

Eyewitnesses captured some of the aftermath of the explosion and shared it online. According to reports, 187 people were injured as a result of the attack; numbers from BBC, citing Iraqi officials, put the count at 125 dead and 150 injured at the least. A second bomb set off in the area killed five people. Many of the victims were children, and dozens are still unaccounted for.

Video of residents forcing #Abadi to leave explosion site of the attack in #Karrada. #Baghdad pic.twitter.com/gnz8QJ86FT

At least 125 people killed in Baghdad car bombing carried out by ISIS pic.twitter.com/LEYl1TpVrl

The bombing in Baghdad by ISIS occurred a week after Iraqi forces retook the city of Fallujah, an ISIS stronghold. This is the deadliest bombing in Iraq this year.

When Iraq’s prime minister, Haider al-Abadi, visited the bombing site on Sunday, he was met with protests as people threw rocks at his feet, according to the New York Times.

In a statement, National Security Council Spokesperson Ned Price condemned the attacks and reaffirmed that the U.S. remained united with Iraq.

“The United States strongly condemns ISIL’s heinous terrorist attacks in Baghdad last night that killed over 100 people, including families gathering to break their Ramadan fast and those joining millions around the world in watching the Euro Cup,” he said.

“We remain united with the Iraqi people and government in our combined efforts to destroy ISIL. These attacks only strengthen our resolve to support Iraqi security forces as they continue to take back territory from ISIL, just as we continue to intensify our efforts to root out ISIL’s terrorist network and leaders.”