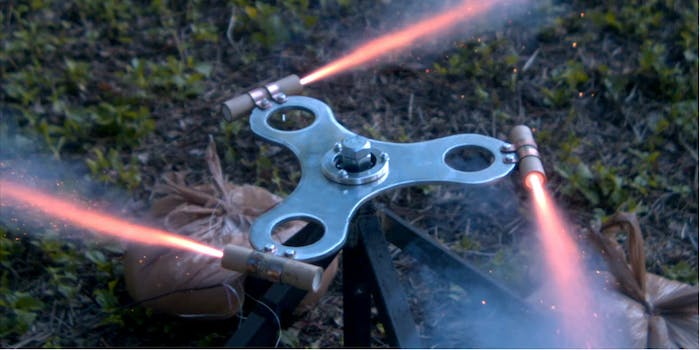 The fidget spinner craze continues well into its second month, which means now is the time for YouTube celebrities to take things to the next level.

Right on schedule is the Backyard Scientist, who strapped rocket engines to a giant fidget spinner he created out of aluminum. In his first trial, the fidget spinner ends up shooting one rocket at the YouTuber’s friend, and another at his car.

Undeterred by the near accident and newly realized danger of his spinning death trap, the Backyard Scientist gives it a second shot. Boy, are we glad he did.