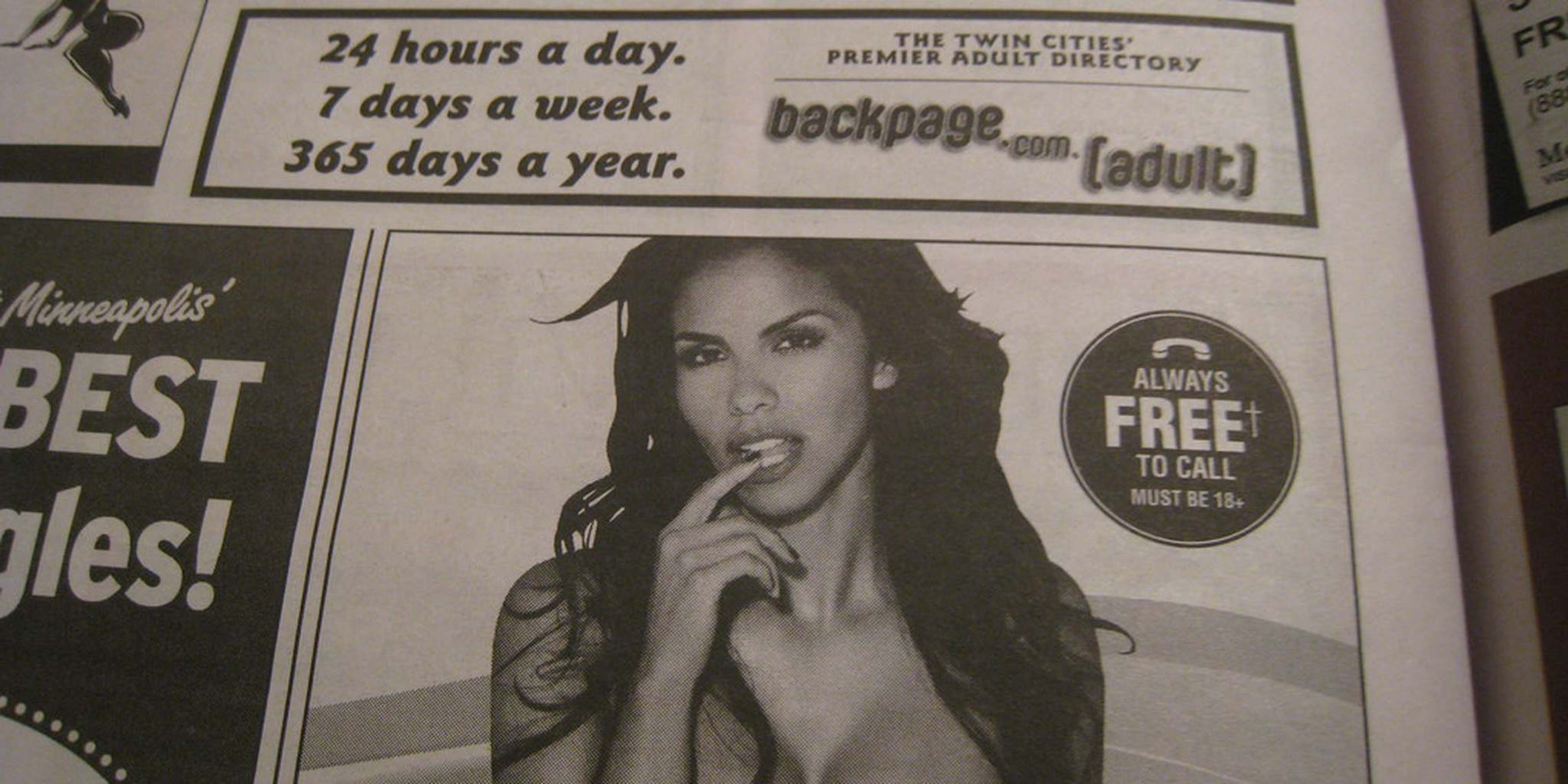 The problem with the SAVE Act isn’t just about free speech, say lawmakers

The ACLU doesn't like it, but lawmakers have their own reasons for concern.

It’s not often that civil liberties groups and politicians will oppose an attempt to curb sex trafficking, but both found separate reasons to do so with Congress’ latest effort.

The bill, titled “Stop Advertising Victims of Exploitation” or the SAVE Act of 2014, is aimed at those who “knowingly benefitting financially” from advertisements for sexual acts performed by someone who was coerced to participate—think websites that allow postings for adult services. Since Craigslist cracked down on advertisements for prostitution several years ago, the most notable target is now Backpage.com.

The American Civil Liberties Union (ACLU), which has previously advocated against human trafficking, has cautioned that the bill, in its current form, would have “severe unintended consequences for free speech online.”

The ACLU’s concern is that the bill would force websites into broad advertising censorship or cause websites to make themselves “willfully blind” of questionable advertising to avoid prosecution. In addition to Backpage, the law could affect sites and online services such as Tinder, Grindr, OkCupid, Plenty of Fish, and even Twitter, Facebook, and Tumblr, according to the ACLU.

After the bill sailed through the House of Representatives by a 392-19 vote last week, we reached out to the 19 representatives who voted against it to ask if they agreed with the ACLU’s online free speech concerns. None of the four who replied mentioned online free speech; however, they all cited mandatory minimum prison sentences as the cause of their opposition.

“For example, the bill would have imposed a mandatory minimum of 10 years in prison for even a part-time secretary of a company that hosts a website for sex trafficking,” Rep. Thomas Massie (R-Ky.) told the Daily Dot in an email.

These lawmakers say they would prefer to give judges more leeway to match prison sentences to the severity of the crime.

“Simply put, mandatory minimum penalties do not work,” Holt said in a statement submitted to the Congressional Record. “They discount factors in crimes, prevent judges from meting out punishments that are tailored to the criminal, and have been proven discriminatory to people of color.”

When the House Judiciary Committee was marking up the bill, Rep. Bobby Scott (D-Va.) proposed an amendment to remove the minimum sentence provision, but the committee rejected it by a 20-8 vote.

This bill is still a long way from becoming a law, as the Senate has yet to take it up. And while both supporters and dissenters of the SAVE Act use words like “horrific,” “appalling,” and “evil” to describe coerced sex trafficking, this bill could become a battleground for not just one, but two ancillary issues in online free speech and mandatory minimum sentences.