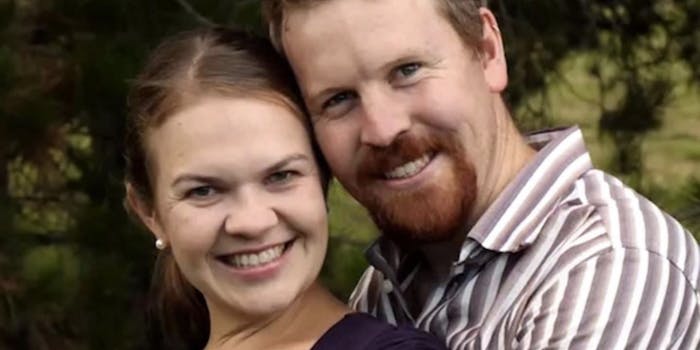 If Australia legalizes same-sex marriage, these bigots will get divorced

We doubt this will change Australian lawmakers' minds.

The Australian Parliament is currently considering same-sex marriage legalization, but Nick and Sarah Jensen, who have been married for the past ten years, are not going to let it pass without a fight—or at least a defiant gesture.

The Jensens are so perturbed that gay Australians may soon enjoy the wonders of marriage that they are using their own sacred union as a political prop to express their dissatisfaction.

“Our view is that marriage is a fundamental order of creation,” the Jensens wrote in a virulent op-ed. “Marriage is the union of a man and a woman before a community in the sight of God. And the marriage of any couple is important to God regardless of whether that couple recognizes God’s involvement or authority in it. My wife and I, as a matter of conscience, refuse to recognize the government’s regulation of marriage if its definition includes the solemnization of same sex couples.”

The Jensens believe that gay people don’t deserve marriage because they can’t reproduce. Should Australia pass the gay-marriage law, they said, they will pursue a legal divorce while still living together and one day adding children to their family.

An Australian man named Jesse Mount made a Facebook event to spread the word about the Jensens’ antediluvian attention-grab. It’s unclear how Mount knows the couple, but the page has taken off, with people it to vent their scorn and frustration at the two angry goofballs. 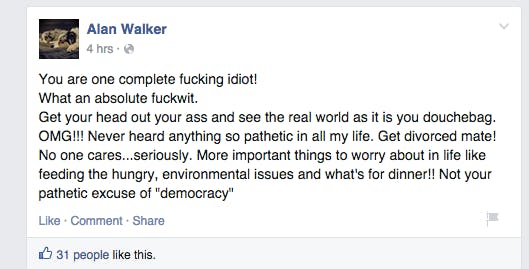 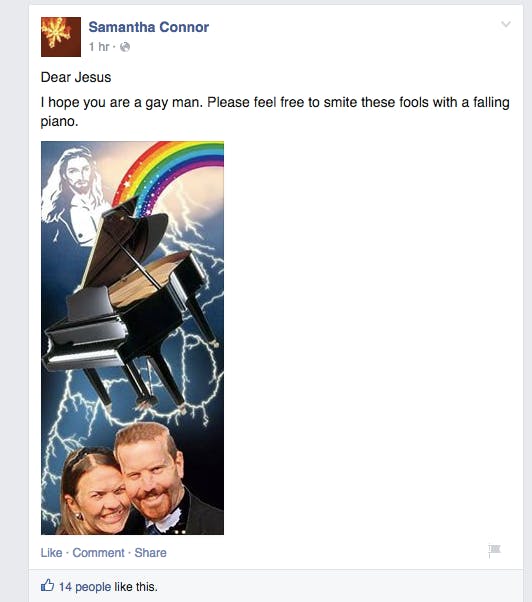 Jensen did not immediately respond to a request for comment when the Daily Dot contacted him through his job, the Lachlan Macquarie Internship, which is a “program aimed at fostering a greater appreciation of the relevance of a Christian worldview to public policy.”