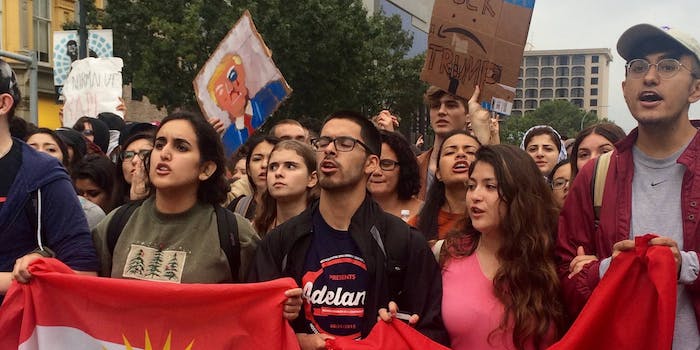 'I am a Muslim-American and it is a bit scary when the president validates ignorant values and morals.'

A large anti-Donald Trump protest led by students at the University of Texas made its way through downtown Austin, Texas, in light of the presidential election results on Wednesday.

The protest started on campus early in the morning as students gathered to denounce Trump. Students held international flags, posters with similar messages of dissent, and hit a Trump piñata. Shortly after noon, students took the protest to downtown Austin where residents joined as the march progressed, significantly increasing in size. 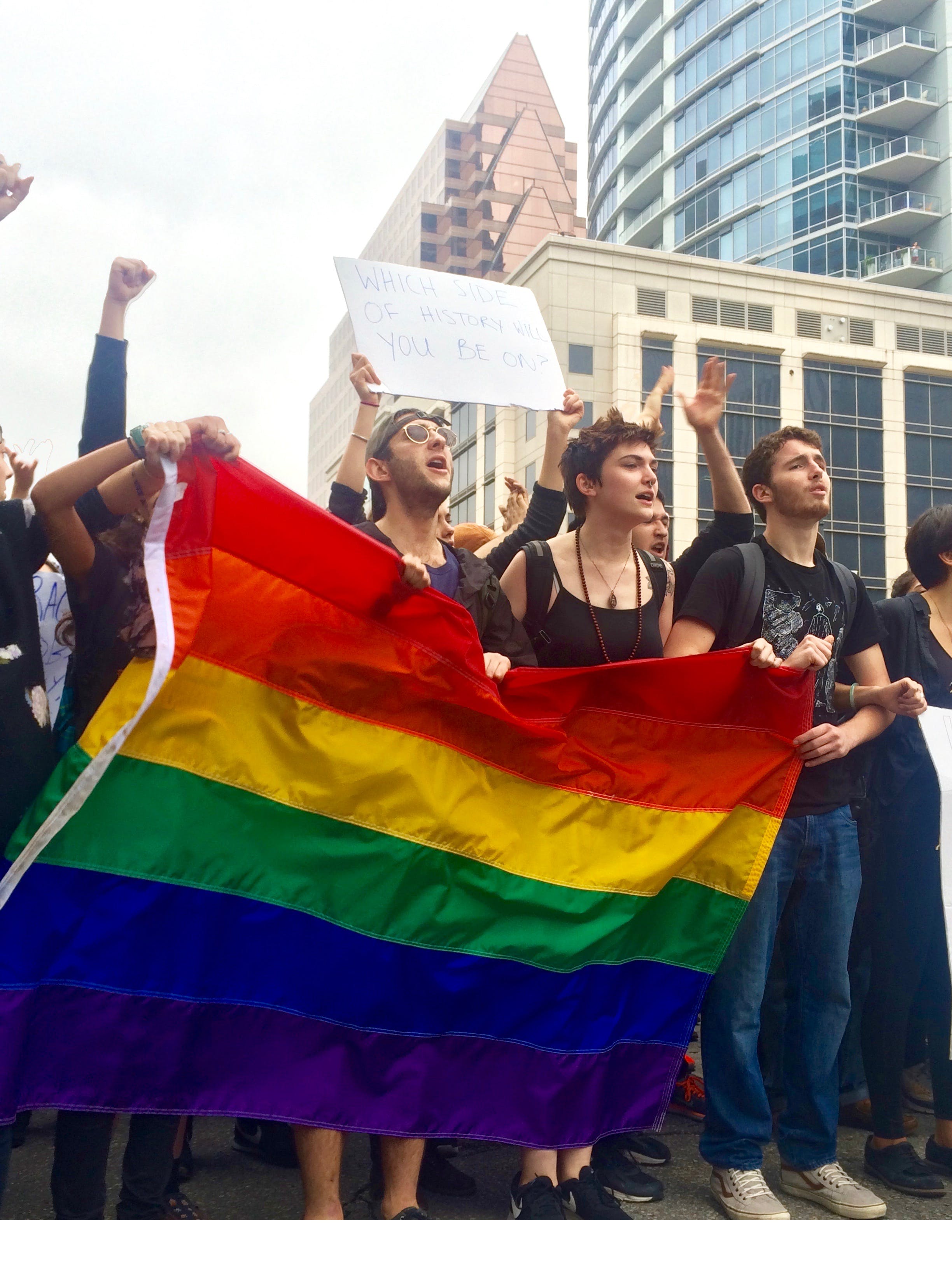 Shouts of “Donald Trump is not my president” continued until the march ended after 4pm CT.

The Austin Police Department tweeted: “We serve the State Capital & always strive to help ALL exercise their First Amendment Right peacefully & safely. This includes pro 2nd Amendment & gun policy, Pro-life/Choice protests, etc. our moto for all has been ‘Protect the First.'” Sara Chkarka, a student at Austin Community College, told the Daily Dot she was protesting because she is living a historical moment. “I am a Muslim-American and it is a bit scary when the president validates ignorant values and morals,” Chkarka said. “I’m trying to be positive.”

Trump and Clinton supporters were also present at the protest, decrying the event.

“We need to stand together as part of this country and we need to accept our faith,” Michael Cevilla, a Clinton supporter, said. “It doesn’t matter that this person was elected, we need to support him. I’m against hate and these people are protesting against the United States in my opinion.”