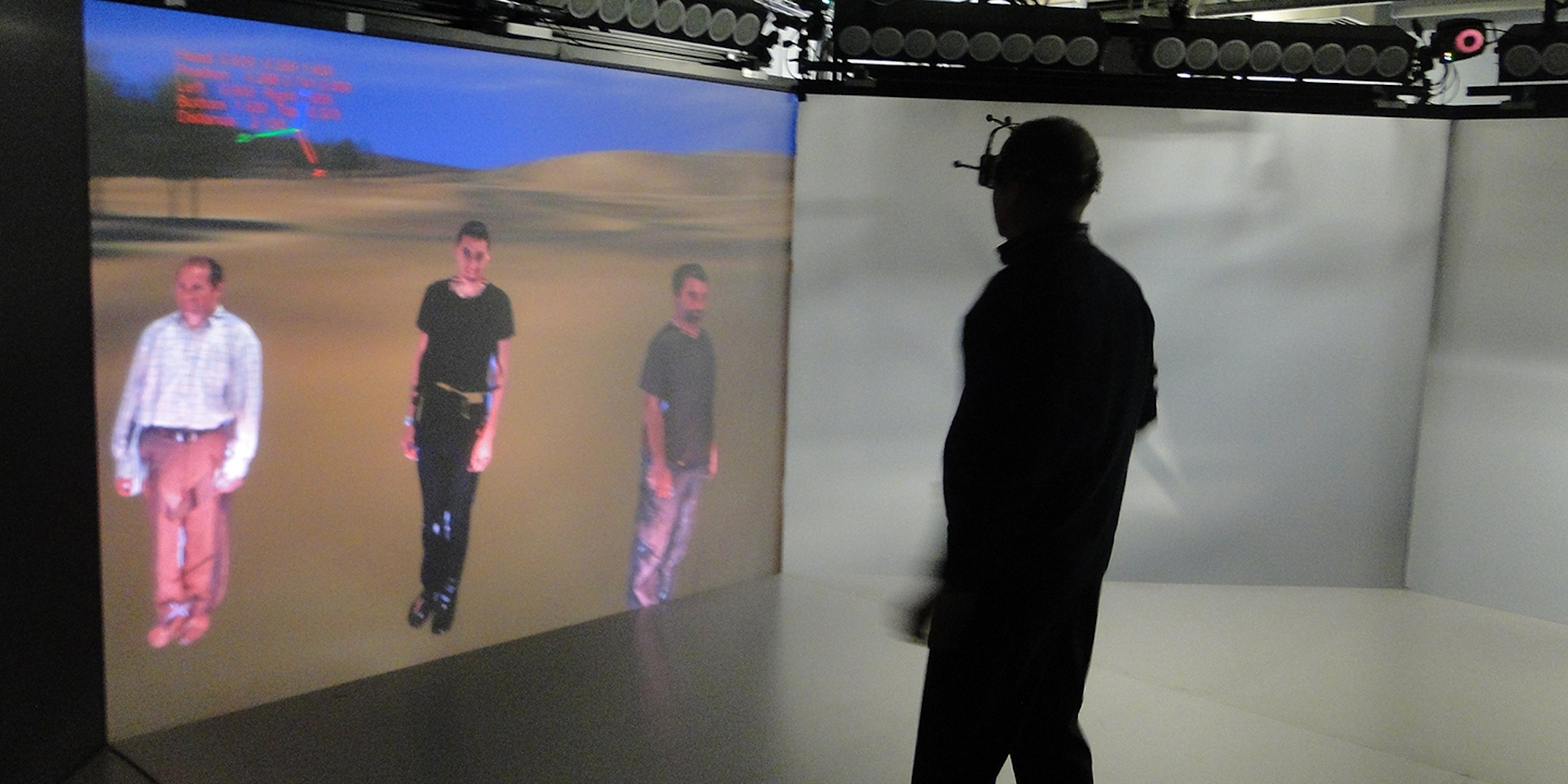 How augmented and virtual reality are changing healthcare

Augmented reality is still a relatively new and unknown technology. People scoff at Google Glass face computers on the street while the device is being used by doctors as both a diagnostic tool and a way to train medical students.

The hardware and software that bends reality is expected to become a part of our everyday life. But when? In fields like healthcare, it’s already being used to treat patients and improve the quality of life for those suffering from things like mental illness and vision impairments.

Helen Papagiannis, augmented reality specialist and Ph.D researcher, studies practical applications of augmented reality, and at a HealthTech Women event in San Francisco, discussed some of the ways it’s already being used in work and research environments.

OrCam is helping visually impaired people “see” text. The Tel Aviv-based company created a wearable that clips onto a pair of glasses and contains a camera and a pair of sensors. It speaks to the wearer through a bone-conduction earpiece, describing what it sees. OrCam can tell when a person is pointing to a menu, book, or any other text, and can “read” the text to the wearer. This technology has allowed people to enjoy novels before bed, go out to lunch with friends without asking them to read the menu, and look at street signs while walking through a city. 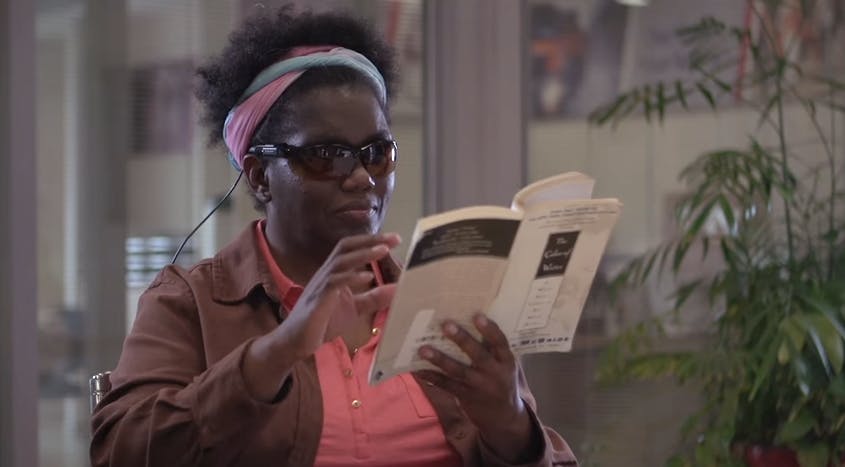 In diagnostic environments, Evena Medical gives nurses and doctors complete vision of vascular anatomy with Eyes-On Glass—by slipping on a pair of glasses, they can see the veins underneath patients’ skin, making it easier to document the best care as well as insert needles quicker and more comfortably.

“In two to five years, the definition of augmented reality is going to extend,” Papagiannis said in an interview with the Daily Dot. “We’re not going to be calling it augmented reality anymore, it really will just be reality. It will be a combination of artificial intelligence, machine learning, big data, all coming together.”

“Perhaps it’s empathy that distinguishes us from robots.”

Hollywood and other media portrayals of augmented and virtual reality show us a future like the one Iron Man creates, or one, much darker, in the British drama Black Mirror. In fact, Papagiannis said that these stereotypes aren’t too far-fetched, and the technology already exists today.

In “The Entire History of You,” Black Mirror features an implantable device that records every detail of what people see, and lets people go back and view their history at any point in time. Because Black Mirror is a critique on how technology can ultimately destroy us, the storyline is dark—but the reality of such technologies might be a bit brighter.

“Think about how it would benefit people with memory loss, Alzheimer’s patients, and other diseases,” Papagiannis said. “Of course there’s a dark side to everything, but I think there’s a huge positive opportunity for these technologies to change the way we experience reality on a daily basis.”

In order to avoid a future in which humanity is second to the machine—much like the one scientists like Stephen Hawking warn us about and genius technologists like Elon Musk help to prevent—augmented and virtual reality should not supplant the human experience, but rather assist with the things we already do. 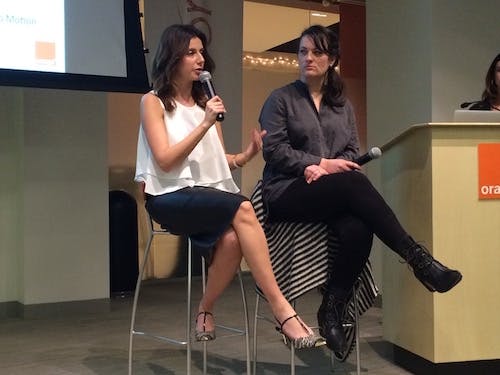 Jody Medich, principal UX designer for Leap Motion, said that what’s scary about portrayals of technology like those in Black Mirror, is that there is so much focus on the computer, and the human gets lost in the technology.

“All these things are monitoring me—right now the computer can know all kinds of stuff about me,” Medich said. “So why do I have to know all this stuff about the computer? Can’t it understand what’s going on inside me and anticipate my needs so I don’t have to think about interacting with the computer?”

Leap Motion is one of the first and most popular consumer hardware products for manipulating virtual and augmented reality. The controller plugs into a computer and lets users manipulate their computer using gestures. Leap Motion works with Oculus Rift, the Facebook-owned virtual reality headset popular for gaming.

Earlier this month, Leap Motion introduced a new way to switch between virtual reality and the real world. Taking off a headset to answer texts or reach for items outside of the virtual space can be jarring, and it takes a minute for your brain to adjust. To combat this awkward feeling, Leap Motion now lets users switch back and forth using the swipe of the hand. Now, theoretically, someone can spend an entire day in front of their computer wearing Oculus Rift, and not have to leave the comfort of the goggles.

For now, virtual and augmented reality technology for the consumer market, like Oculus Rift or Google Glass, is largely focused on gaming and other forms of entertainment. And Medich says that in order for other consumers to see the benefit of such technologies, the gaming community must first embrace it, and get the technology out in the world. 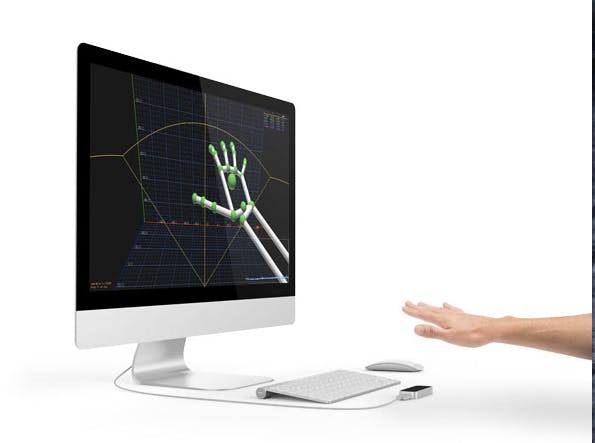 “To me, the biggest opportunity point is in productivity,” Medich said in an interview. “I think that we have to do gaming to get to that, because gamers are going to be the ones that invest. Then we can come up with these tools that will change the way we think about computing, like spatial computing, instead of just a magic piece of paper. Hopefully it doesn’t end up the way of Playstation or Xbox where it gets relegated to the Kinect. Once the technology gets viable enough, it can leap over.”

Oculus Rift and other VR goggles are already being used to help patients with mental health conditions.

To treat war veterans with posttraumatic stress disorder (PTSD), virtual reality exposure therapy is used at veterans health facilities across the U.S. A Wall Street Journal report examined how men and women can enter a world wracked with violence like the ones they experienced in the Middle East in order to help recover from PTSD. Chris Merkle, an Iraq veteran who receives therapy at Veterans Affairs Healthcare System in Long Beach, Calif. described to the Wall Street Journal how VR helps him.

I was angry, I was stressed. I tried a lot of things, but when I tried virtual reality it was like a toxic release. You’re not just talking to a therapist on a couch. You’re in that event, you’re reliving those moments.

Immersive experiences like exposure therapy can also help people who don’t necessarily suffer from mental disorders, but their families and caregivers who are unable to relate to what goes on inside someone’s head.

Health technology company Viscira created VR software for Oculus Rift that simulates what schizophrenia is like for the patient. By wearing Oculus Rift, family, doctors, or caregivers can be immersed in a 3D environment similar to what schizophrenia patients experience. The goal of the project is to help people develop empathy and improve support for people who have the mental illness.

The promises of virtual and augmented reality extend far beyond the living room, and the health industry is among the first to experience how these technologies can not only improve the patient experience, but eventually save lives. As Viscira and others have discovered, it’s not just about creating a different world, but changing the behaviors of other people in order to improve care, and the human experience as well.

“Point of view and empathy is a really excellent way of expanding augmented reality beyond gimmickry so we can create meaningful experiences that shows our humanity,” Papagiannis said. “And perhaps it’s empathy that distinguishes us from robots.”

Photo by Salford University/Flickr (CC BY 2.0)