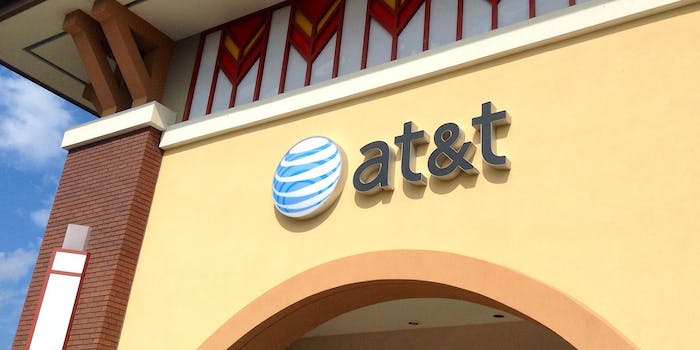 Looking for a reason to cut the cord? AT&T just might give it to you. The telecommunications company just announced a plan to launch a Web TV solution later this year.

While details remain vague for the time being, AT&T laid out a three-tiered service plan for streaming that it will make available by the fourth quarter of 2016. The planned services won’t require any annual contracts, satellite dishes, or set-top boxes—it’ll all be accessible via the Web.

The most interesting part of AT&T’s plan for streaming is the inclusion of a free tier. Dubbed DirecTV Preview, the plan for “anyone with a wired or wireless Internet connection,” will be ad-supported.

DirecTV Preview will feature content from AT&T’s own channels including the AT&T Audience Network, which hosts original programming and acquired shows like Friday Night Lights and Damages, and Otter Media, a new media venture that will produce “millennial-focused video.”

The paid version of AT&T’s streaming service will come in two flavors. First is DirecTV Mobile, which AT&T describes as an “affordable… mobile-first user experience.” Available to anyone regardless of their wireless provider, DirecTV Mobile will offer immediate access to DirecTV content. It’s essentially an HBO Go-style offering.

The top tier of the service will be DirecTV Now, which more resembles Sling TV from Dish. DirecTV Now will provide a variety content packages that users will be able to watch live programming and content on-demand. The service will offer premium-add ons for additional content.

The venture seems like a promising one, especially considering the mixed reactions to Sling TV, the only real option for cord-cutters that provides an experience similar to cable. However, the value of AT&T’s streaming service will depend on the networks it can sign up for the platform.

For the time being, AT&T won’t announce any of the channels it plans to offer or is in discussions with. That could be an attempt to keep things under wraps or it could be that AT&T doesn’t actually have an impressive list of partners for the program, yet. We know of some of the competition’s aims, like Apple’s interest in building out a streaming service of its own, because CBS’s CEO openly discussed conversations had with the company. There haven’t been leaks to suggest the same for AT&T.

It also isn’t clear what the price point will be for the subscription-based services offered by AT&T. Sling TV starts at $20 per month, and one would assume AT&T wants to remain competitive with that. Current DirecTV options start at $20 per month, but is extremely limited in what it provides.

AT&T will have to navigate the waters of offering an attractive and affordable streaming service while not pricing itself out of the TV business altogether. It will also have to answer some tricky net neutrality questions: Would the streaming services count against data caps for AT&T subscribers? Will AT&T treat its own content preferentially or throttle competition?

The entire streaming plan will need to be fleshed out further to answer those and other questions surrounding the service, but cord cutters will surely keep a close eye on AT&T to see what it’s offering.