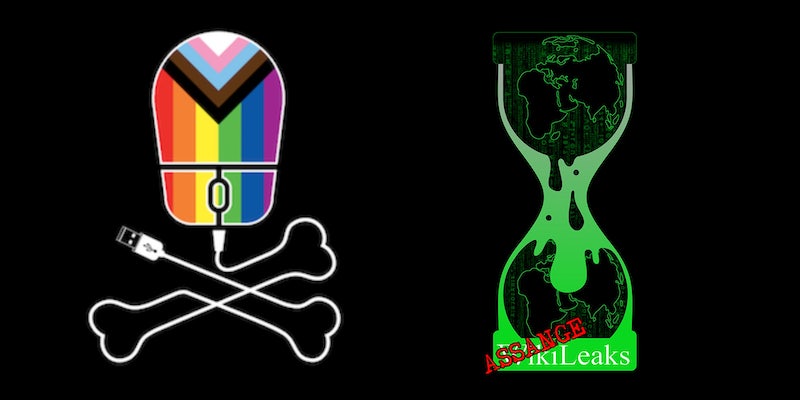 '#AssangeLeaks is not meant to 'expose' WikiLeaks, but the government's flawed case.'

Dubbed the “AssangeLeaks,” the files, which include chat logs between Assange and other associates, aim to bring context to the U.S. government’s ongoing criminal case against the controversial figure.

“With the Justice Department’s superseding indictment against Assange, public access to the evidence becomes critical,” a statement on the AssangeLeaks’ website states. “The documents in this file illuminate that case and illustrate how WikiLeaks operates behind closed doors.”

The site stresses that it is neither “for or against Julian Assange or WikiLeaks, and is only interested in the evidence.”

The U.S. government has charged Assange, who is currently in custody in the U.K., with an assortment of crimes including violation of the Espionage Act over his release of Iraq War military files in 2010.

Emma Best, a journalist associated with DDoSecrets, broke down the intentions of the release on Twitter.

“As we explained, repeatedly (including on the site), #AssangeLeaks is not meant to ‘expose’ WikiLeaks, but the government’s flawed case by publishing the documents cited in the superseding indictment and ones providing direct context,” Best wrote.

Best further noted that Twitter appeared to temporarily block links to the AssangeLeaks website before eventually reversing the decision.

Twitter’s actions are unsurprising given that it just last month banned DDoSecrets’ official Twitter page. The ban came not long after the collective released a large cache of information, known as “BlueLeaks,” from over 200 law enforcement offices across the U.S.

A Twitter spokesperson told the Daily Dot at the time that DDoSecrets permanent suspension was due to violations of its distribution of hacked materials policy.