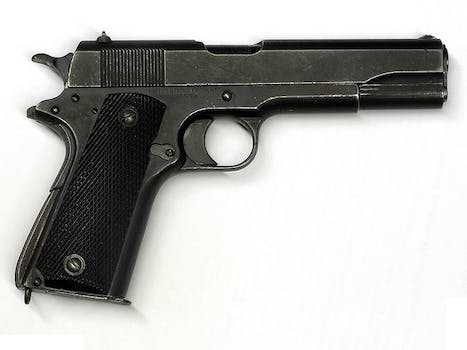 Inside Armslist, the online “gun show that never ends”

The New York Times has delivered an exposé that goes deep into the world of online gun sales, where the rules are made up and background checks don't matter.

On the same day senators stand poised to take on gun control legislation, the New York Times has delivered an exposé that goes deep into the world of online gun sales, where the rules are made up and background checks don’t matter.

The authors mine the depths of Armslist, a Craigslist for private gun purchases, and shows just how easy it is for violent, convicted felons to get their hands on firearms. One source describes Armslist as a “gun show that never ends.”

More than 20,000 new ads for firearms are posted on Armslist every week. Ninety-four percent of them are posted by private sellers who do not have to meet the strict background check requirements that licensed gun dealers must conduct before selling a weapon. However, many of of the “private sellers” seem to be making a living out of it.

“The examination of Armslist raised questions about whether many sellers are essentially functioning as unlicensed firearms dealers, in contravention of federal law. The law says that people who ‘engage in the business’ of selling firearms need to obtain a license and conduct background checks on customers. While the definition of engaging in business is vague, The Times found that more than two dozen people had posted more than 20 different guns for sale in a several-month span.”

Much like the Gun Show loophole that has frustrated gun control advocates for years, this online grey-area has allowed weapons to make their way into the hands of violent individuals.  An investigation by New York City officials found 75 of 125 online gun sellers were willing to sell weapons to individuals they had reason to believe would not pass a background check. Gun dealers who engage in online transactions are encouraged to follow all relevant federal, state, and local regulations regarding the sale of firearms, but Armslist does not enforce them and many sellers look the other way.

That’s exactly what Benedict Ladera of Kent, Wash., pleaded guilty of doing in 2011. The Times said Ladera sold a Smith & Wesson .40-caliber pistol to Dmitry Smirnov of Canada. Out-of-state sales are illegal, even online. For $200 extra, Ladera sold it anyway. After purchasing the gun, Smirnov drove to Chicago where he stalked and murdered his ex-girlfriend. Smirnov was sentenced to life in prison, and Ladera, who sold more than 20 guns on Armslist, was sentenced to a year in jail. Armslist is currently facing a wrongful death suit from the victim’s family in the case.

This is one of several cases the Times highlighted to show how Armslist and other sites like it are getting guns in the hands of dangerous individuals. The site was founded in 2007 in response to Craigslist’s decision to ban ads for firearms.

The article cuts to the core of one of the most hotly debated pieces of gun reform legislation that’s been put on the table. The Toomey-Manchin proposal, offered by Sens. Pat Toomey (R-Penn.) and Joe Manchin (D-W. Va.), would have expand the federal mandate for background checks into the online realm. The proposal seems doomed to fail, however, as Republicans have instituted parliamentary rules that require a 60-vote majority to approve the legislation.