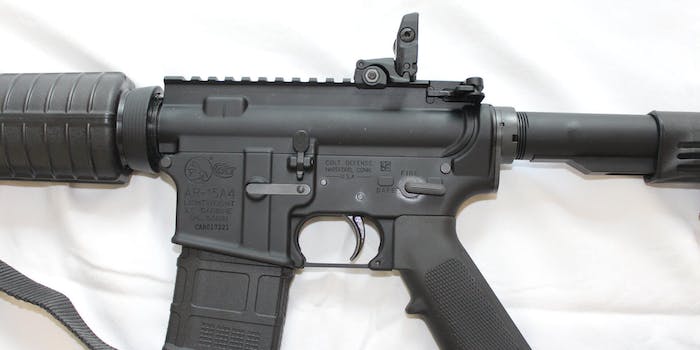 The gun manufacturer said there was 'adequate supply' of the weapons available to consumers in the market.

Gun manufacturer Colt said it will halt the production of AR-15 rifles because there is an “adequate supply” of the weapons available to consumers in the market.

Dennis Veilleux, the president and CEO of Colt, said due to “significant excess manufacturing capacity” the company believes there is “adequate supply for modern sporting rifles for the foreseeable future” in a statement released on Thursday.

Veilleux did not mention the national gun reform conversation—such as from 2020 presidential hopeful Beto O’Rourke—surrounding AR-15s.

“At the end of the day, we believe it is good sense to follow consumer demand and to adjust as market dynamics change,” Veilleux said in the statement. “Colt has been a stout supporter of the Second Amendment for over 180 years, remains so, and will continue to provide its customers with the finest quality firearms in the world.”

O’Rourke, in particular, has been vocal in his criticism of AR-15s.

Last week, during the third 2020 Democratic presidential debate, the former congressman from Texas said, “hell yes, we’re going to take your AR-15, your AK-47” when talking about his gun reform proposal, which includes a buyback program.