Apple's fondness of Rick Astley rears its head once again

In a cheeky move that will either make you giggle or roll your eyes with disgust, Apple has hidden a Rickroll in its own Apple Watch help documentation. 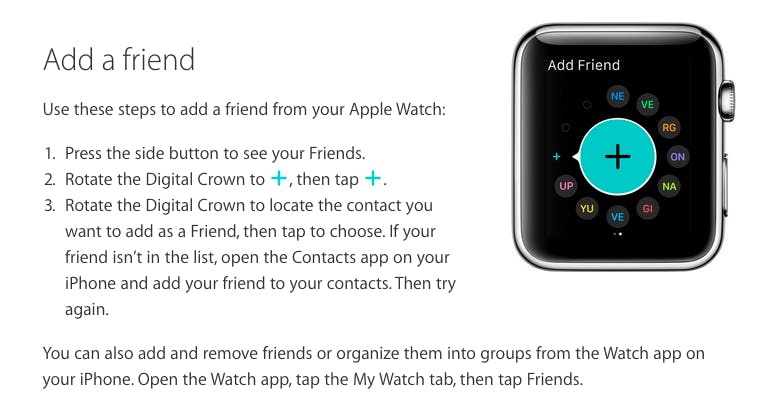 Spot it yet? Take a look at the initials of the contacts on the colorful circle of friends. If you don’t feel like squinting, I’ll make it easy for you: NE, VE, RG, ON, NA, GI, VE, YU, UP.

Countless Web denizens find themselves on the receiving end of Rick Astley‘s “Never Gonna Give You Up” every hour of every day, and while Apple isn’t exactly known for frequently hiding jokes within its own meticulously curated website, it’s no stranger to Rickrolling.