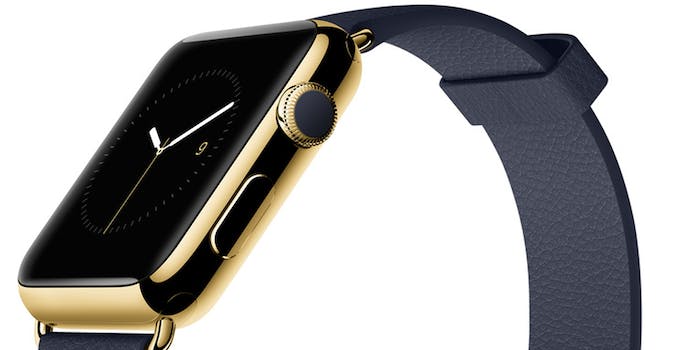 Want the $17k Apple Watch? Your state might not have it

The Apple Watch went up for pre-order at the stroke of midnight last night, but if you’re hoping to go hands-on with one you’ll still need to venture into an Apple Store (with an appointment, of course) in order to try one out first-hand. If you’re in the market for the Apple Watch Edition, which is the priciest model of Apple’s new smartwatch and can set you back as much as $17,000 if you’re particularly picky, there are only a select number of Apple Store locations that will actually have one. Thankfully, Apple has made it fairly easy to see which shops are holding one of these beauties with a handy tool.

As you might have guessed, big cities are your best bet if you want to try the Watch Edition yourself. MacRumors did most of the original legwork for this list, and we’ve added a couple more locations that popped up in our own searches, namely the San Francisco stores. Here’s the full list of stores with the highly coveted Apple Watch Edition.

As the Apple Watch hits retail, stock builds up, and Apple expands its approach, there’s a good chance additional stores will get their own Apple Watch Edition. The easiest way to keep on top of which new stores score the pricey smartwatch is to head to Apple’s finder tool. Simply click on “Sales,” select “Apple Watch Edition” from the drop-down menu, and choose your location to see if a store near you is one of the chosen ones.