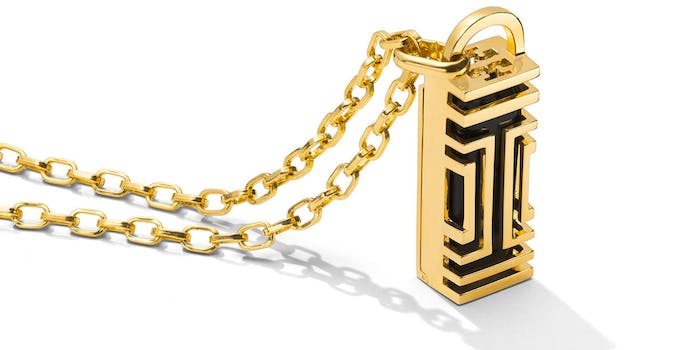 An Apple Watch Edition smartwatch is priced at $10,000. Here's what you can get for that amount of money.

Today marks yet another Apple unveiling, this time for the highly anticipated Apple Watch, which is pretty cool for anyone who has the money to splurge.

But it remains just that: a splurge item. It starts at $350 and runs as much as $17,000 for the ridiculously luxurious.

So instead of getting one high-tech, expensive, insane item, maybe get… a lot of them. Here’s a bunch of stuff you can get for the base level luxury Apple Watch.

For $300, you can get a timeless Android piece that displays relevant notifications like weather, flights, and traffic, all based on where you are and what you are doing. It also comes built in with an activity tracker and voice control that allows you to send texts, reminders, and look up directions easily and hands-free.

Opting for the metal version of the Pebble will give you the same notifications you’ll need in a smartwatch, with just a tad more fancy. 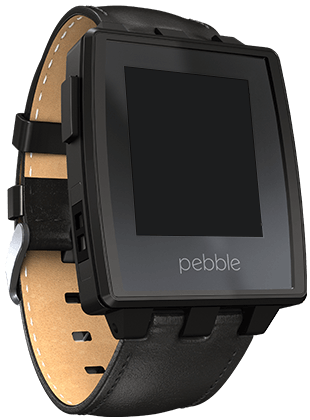 Features include the ability to control music playing from your phone as well as a long battery life, clocking at 7 days’ worth. It’s also compatible with both Android and iOS phones, making the $200 well worth it. 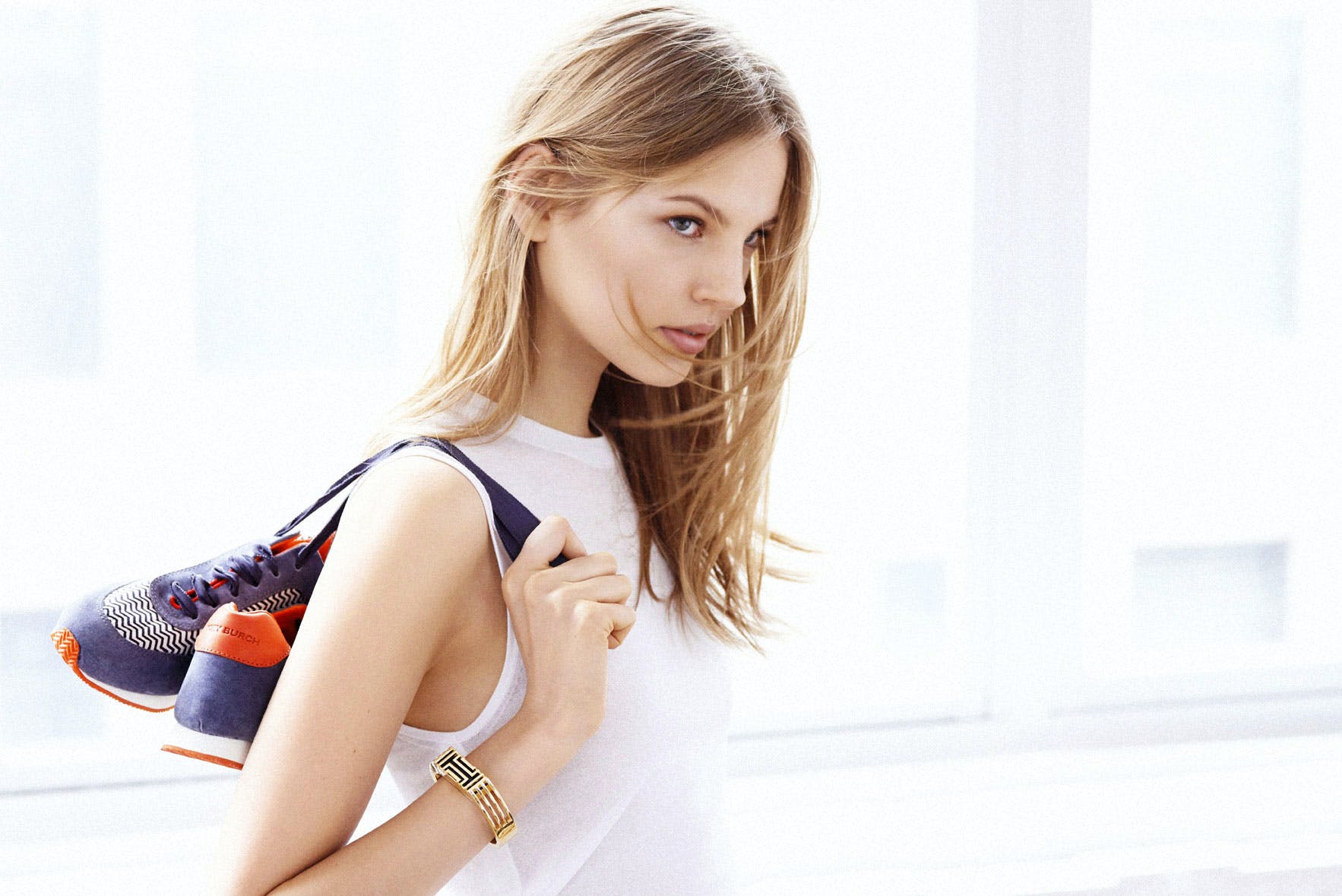 Fitbit users can upgrade their sporty Fitbit Flex to one from the Tory Burch line, turning their fitness trackers into elegant pieces of jewelry. Designs for both hinged bracelets and fret pendants are available in gold, rose gold, and silver metal finishes. Pricing starts at $175, but you’ll need to have the Fitbit Flex to upgrade, which is available for $100.

Sub-total is now $795, supposing we opted for the $195 hinged bracelet design to go with a brand-new Fitbit Flex.

Smartwatch that turns into a handset 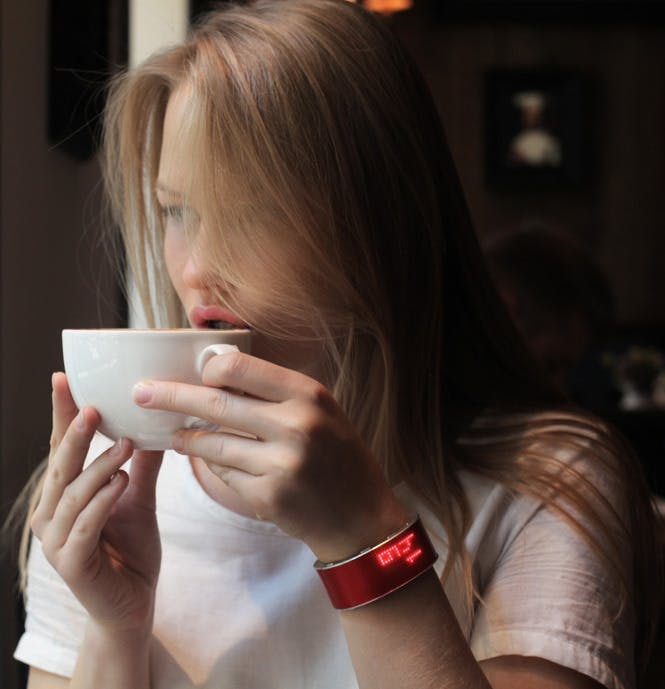 Klatz is a smartwatch that can be morphed into a handset so you can receive and answer calls without, you know, having to pull out your phone from your pocket or bag. It’s got a long battery life that claims to beat other smartwatches, while giving you all your notification needs as well as a way to control your music. For $279, you can purchase five Klatz smartwatches, one for every member of your family or clique.

iPhone 6 or iPhone 6 Plus 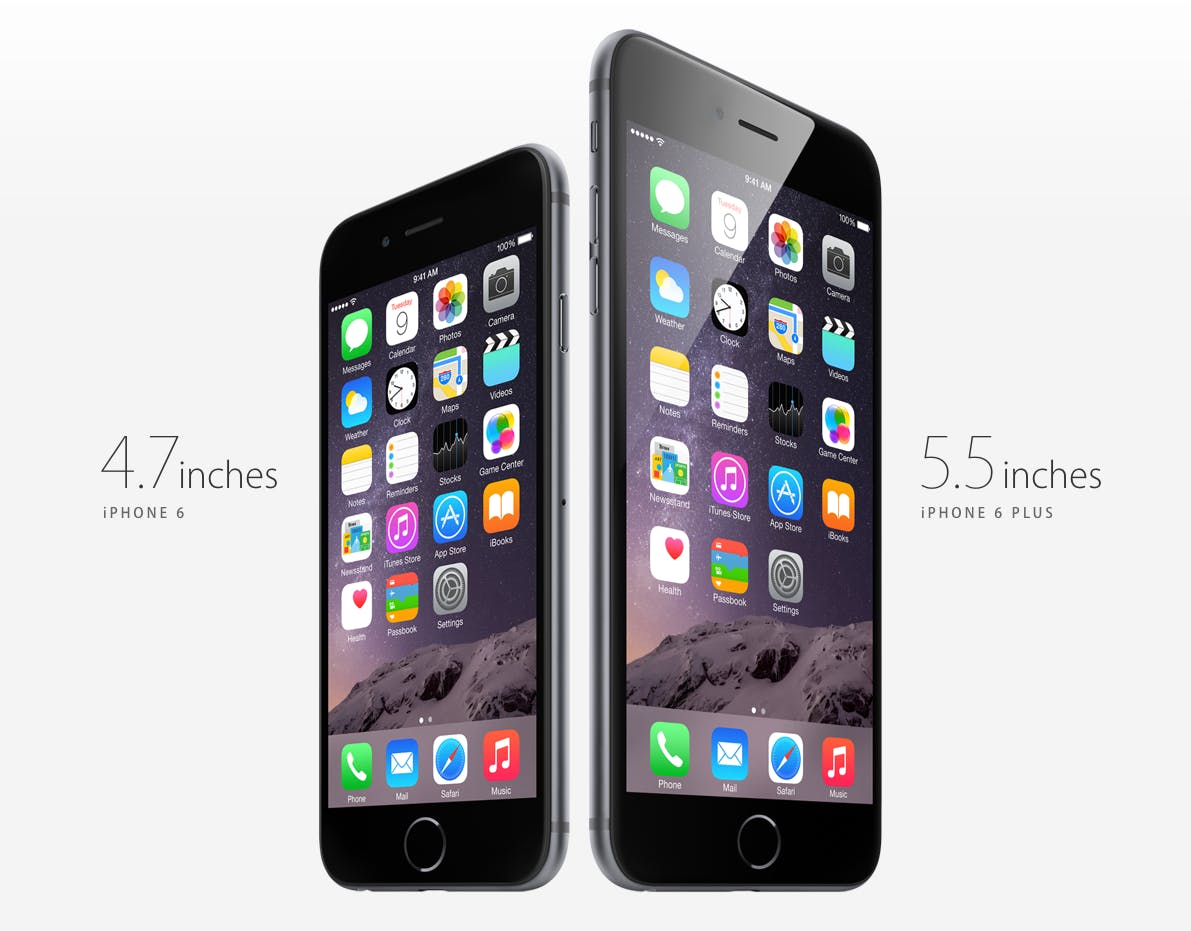 Since you’re obviously already on the Apple bandwagon, why settle for a watch when you can have an actual smartphone? Here’s what you’ll pay out of pocket for an unlocked and contract-free iPhone 6 and iPhone 6 Plus, respectively: 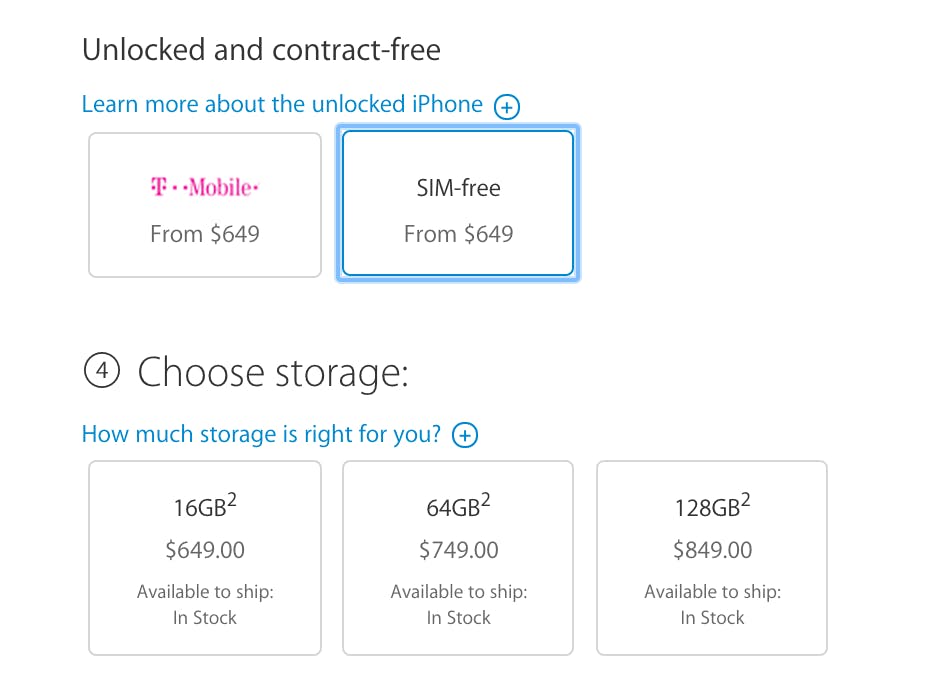 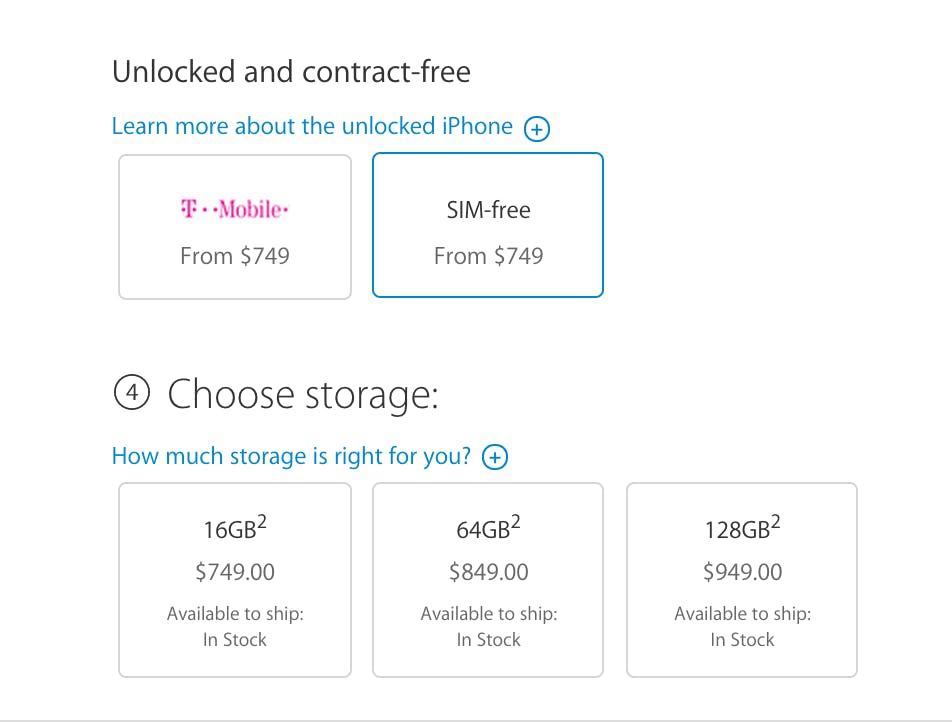 Even now, we’re only at $2,872, and that’s supposing we opted for the most expensive, unlocked, off-contract version for both models. 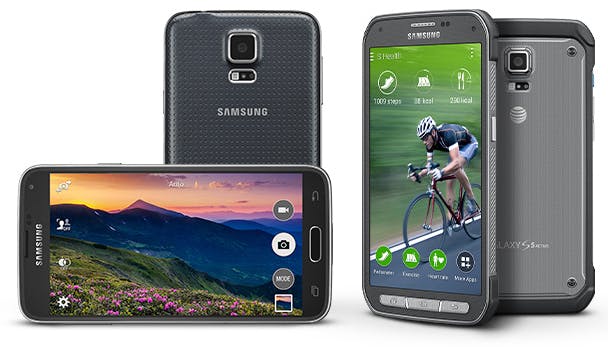 If you’re not angered by the recently announced Samsung Galaxy 6’s lack of removable battery and MicroSD options, you can maintain your Samsung allegiance by purchasing one of these older Galaxy S5 models, since they are still topping some of the best-of Android phone lists on the Internet this year. These phones retail between $500 to $600, but are available for less if you buy with a plan. 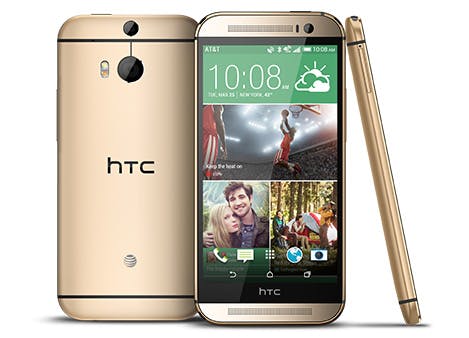 We definitely think the recently unveiled HTC One M9 is a smartphone to watch out for this year, but until it comes out, you can purchase the previous model, which retails at $500 unlocked, available for less with a plan.

For around $340, you can experience all the premium features Sony’s top-range Xperia line affords, condensed in a waterproof package. Reviews for the smartphone are largely positive.

It might be one of the weirdest phones introduced at this year’s Mobile World Congress, but some people would probable appreciate having a phone that rights itself no matter how you hold it. And those people would be willing to pay between $200 and $250 for it.

Another cool gadget that made its debut at MWC is the Lenovo Vibe Shot, which is basically a mix between a point-and-shoot camera and a smartphone. Selfie-takers and expert Instagrammers might find this cooler than the Apple Watch. It’s also reportedly available for $350.

This weird and wonderful circular wooden smartphone is definitely growing on us. 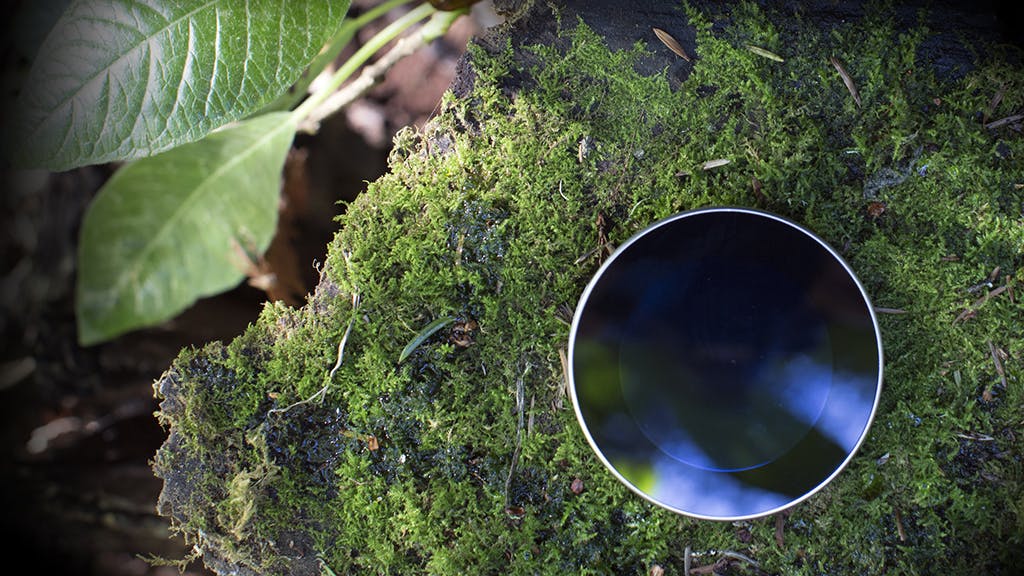 While its official price hasn’t been released yet, the company that makes it assures that it will be “the same price range as a premium, unlocked smartphone.”

It’s desperation time. At this point, you’ve emptied the equivalent of a Best Buy section. What next? How about the random gadget section of Think Geek?

Classic Arcade Wristwatch, because for $50, it’s super cool and retro.

Back to the Future Flux Capacitor Wristwatch, available at $50 for the Marty McFly fan in you.

Wooden Mechanical Clock Kit, which allows steampunk aficionados to add a conversation piece to their living room for only $70.

Nixie Tube Thermometer Kit, which really isn’t a watch, but is still a pretty cool DIY project to have and make for $180. 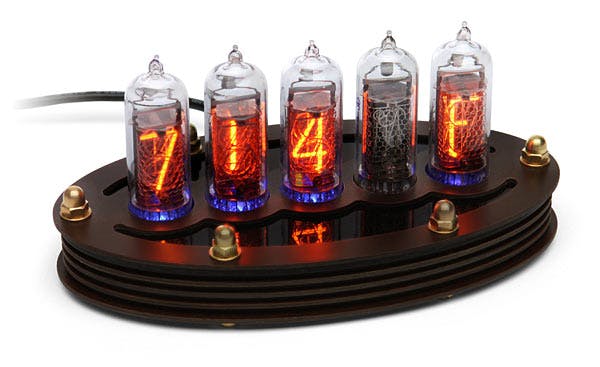 You can have all that, and we still won’t have hit the $10K mark.

Please, let the end be near.

Why settle for a watch when you can have a smart TV that also doubles as a game console? For $199, you get this:

Regular travelers will appreciate a smart carry-on bag that not only has the ability to weigh itself, but can also charge your devices while you travel. You can also keep track of its whereabouts through a Telefonica SIM card, so you never have to worry about losing it. You can pre-order Bluesmart for $300.

At this point, we only have $1,369 left in our fictitious gadget shopping fund.

What to buy with it? Whatever, just go get a new MacBook Air in gold. We know you want to. 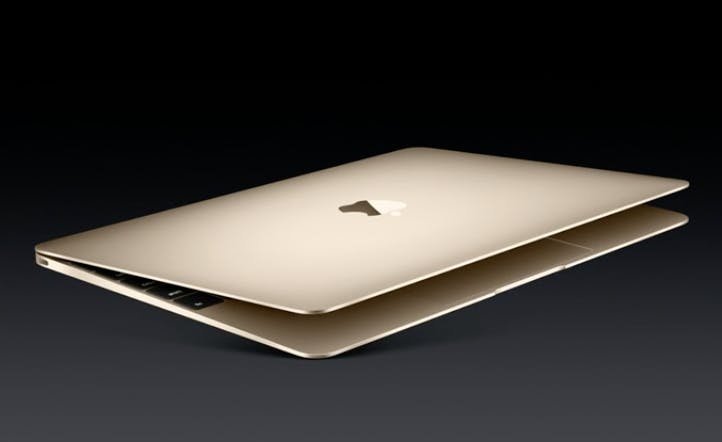