There’s a secret, super-fast way to charge your Apple Watch

With highly coveted wearables like the Apple Watch getting just a day or two of life on a single charge, the time it takes to juice them up is a big deal, too. Now, an accessory maker has discovered a way to charge the Apple Watch even faster by using the hidden diagnostic port that Apple doesn’t want you to tamper with. 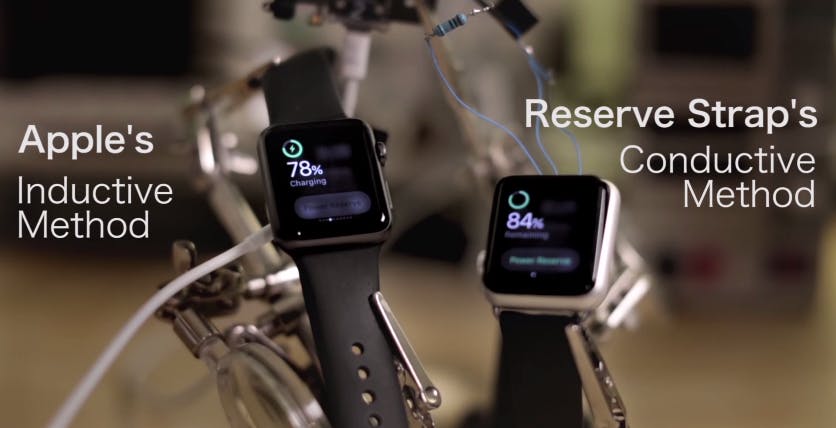 Under the bottom strap slider on every Apple Watch is a small connector that is only supposed to be used by Apple representatives for maintenance or updates one the device, and the company doesn’t make consumer level accessories that utilize the port whatsoever.

The folks behind the Reserve Strap, a backup battery watch strap that promises to give your watch more power on the go, have discovered that using the secret port can recharge the device significantly faster than the default method. As such, they have decided to use it as the basis of their reserve battery design. (You can see how it works in the video above.)

Pre-orders for the strap will set you back $249—just $100 less than the cheapest Apple Watch model. But if battery life is your utmost concern, this seems to be the most promising accessory currently in development.