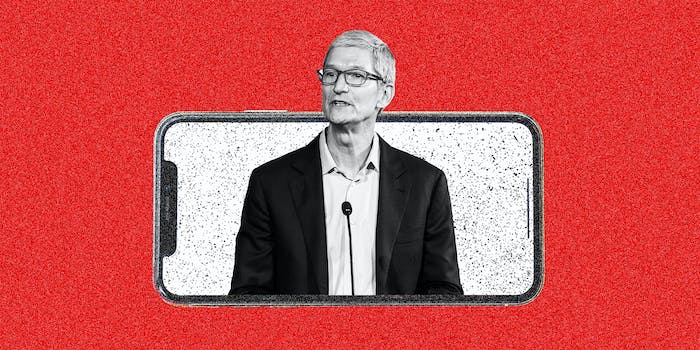 ‘The foundation for surveillance on a global basis’: Industry leaders blast Apple’s plan to scan iPhones

More than 90 groups joined together to raise concerns about the plan.

A coalition of more than 90 civil rights and internet rights groups have added their names to the growing number of organizations that are raising concerns about Apple’s plan to scan users’ iPhones for child sexual abuse material.

The company also announced that it would scan messages of users who are under 18 for sexually explicit content. If a user is under 13 and they tap through a warning about the content, Apple will alert a parent about it.

But concerns about the implications of the scanning technology were raised almost immediately.

Shortly ahead of Apple’s announcement, Matthew Green, a security expert who has worked with Apple and associate professor at Johns Hopkins Information Security Institute, tweeted that the tech giant’s plans could “be a key ingredient in adding surveillance to encrypted messaging systems.”

Other internet rights groups, like Fight for the Future and the Electronic Frontier Foundation (EFF), have also raised concerns.

On Thursday, the calls for Apple to abandon its plan grew even louder. More than 90 groups including the Center for Democracy & Technology, the ACLU, Demand Progress, New America’s Open Technology Institute, the Surveillance Technology Oversight Project, and numerous international groups joined the fight against it.

The groups wrote a letter to Apple CEO Tim Cook highlighting concerns that the scanning features could be misused in the future and “that they will be used to censor protected speech, threaten the privacy and security of people around the world, and have disastrous consequences for many children.”

The groups warned of how the message scanning feature for children could put kids who do not have good relationships with their parents at risk. The groups specifically mentioned LGBTQ+ groups who do have “unsympathetic” parents.

It also highlights how the iCloud scanning could sprawl into other areas.

“Once this capability is built into Apple products, the company and its competitors will face enormous pressure—and potentially legal requirements—from governments around the world to scan photos not just for CSAM, but also for other images a government finds objectionable,” the letter reads, adding: “And that pressure could extend to all images stored on the device, not just those uploaded to iCloud. Thus, Apple will have laid the foundation for censorship, surveillance, and persecution on a global basis.”