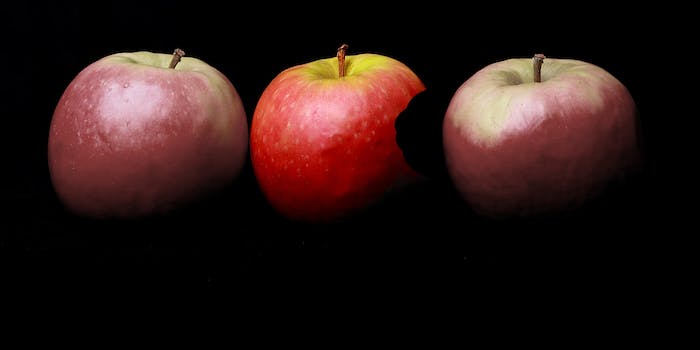 When Apple shows off its newest killer feature, it will come with a few restrictions

When Apple decides to unveil a new flagship feature to go along with a new iPhone (like they did last week with Apple Pay), there’s a very strong chance that feature is about to enter the company’s probation program.

Apple has a long history of locking down flagship features in the first year after they are launched. After the introduction of Siri in iOS 5 in 2011, Apple didn’t allow developers to access APIs connected to the service. This meant Apple had full control over who could access Siri. (Subsequently, Siri didn’t have the effect Apple wanted it to, falling from the industry-changing feature it was originally touted as, to possibly the quickest way to set an alarm on your iPhone.)

After three years on Apple’s do not share list, Siri has become a bit more accessible, with developers getting some access to Siri APIs through HomeKit, Apple’s smarthome initiative, allowing you to do things like dim the lights in your home with Siri, if you have the proper smarthome equipment.

When Touch ID was shown off last year, it was restricted to the task of unlocking your iPhone, or buying products from Apple’s digital stores. A much more useful product than Siri, Touch ID only lasted one year in Apple’s probation program before the company decided to open the doors to the technology. Touch ID is now accessible to developers in iOS 8, allowing for the ability to unlock apps with your fingerprint, or log into sites without having to type in your password with apps like 1Password.

This year, Apple’s newest feature destined to change the way we purchase products, Apple Pay, will get the probation treatment as well, but with a slight twist. Instead of locking down Apple Play, Apple has decided to close off the technology behind it, NFC.

NFC, or near field communication, is the technology that makes Apple Pay possible. NFC isn’t new—it’s been found for years in places like Europe, Canada, and Japan, where it was introduced in 2004. In Canada, many gas stations, drug stores, department stores, and popular restaurant chains like McDonald’s and Starbucks have NFC terminals in their stores to handle mobile payments. A ticket on a train, the most popular method of transportation in Japan, can be paid for with a simple wave of a smartphone.

Payments aren’t the only thing NFC is good for. With NFC you can open secure doors, share contact information, connect devices like headphones and speakers, and share photos, among other things. All of those features will be unavailable to anyone with an iPhone 6 or iPhone 6 Plus, according to a statement from Apple that says Apple Pay will be the only use for NFC. Another great feature introduced, and promptly held back by Apple.

The reasoning behind Apple’s initially restrictive habit has been discussed and debated for years. Many in the industry believe Apple holds back on features to have more products to announce the following year. Stretching out a single feature over a number of years may be frustrating for developers and users who are stuck with a product that could easily be much better, but looking like you emptied your entire bag of tricks the year before is never good for a tech company.

The more optimistic train of thought is Apple knows there are always kinks to work out in new software—as was clearly evident with Siri—and uses this time to clear up any lingering issues.

“[Apple] understands that sometimes you can pack too many things into a product and run the risk of over serving the market, explained Ben Bajarin, Principal Industry Analyst at Creative Strategies. By holding some features back, Bajarin believes Apple “can start simple and expand for an audience who needs to start simple, which is the majority of non-techie mass market consumers.”

Apple has mastered the art of releasing features that may not be totally ready to be prodded and picked over by developers, while still maintaining the ability to tout that same feature as a flagship part of its latest iPhone. Siri had the beta tag until late last year, three years after its release, but was mentioned as an important feature in nearly every Apple press conference.

The world’s largest technology company has an obligation to make good products, and more importantly make money for its shareholders. This probationary practice may have helped both mandates. The backlash against something like Siri not working properly could have been much worse if when it was released it could do things like control your smarthome as it can now.

No matter the reasons behind it, it’s clear Apple isn’t planning on changing this strategy anytime soon. While it may be an inconvenience for the people who build apps and those of us who use them, holding back features hasn’t hurt Apple in the least.