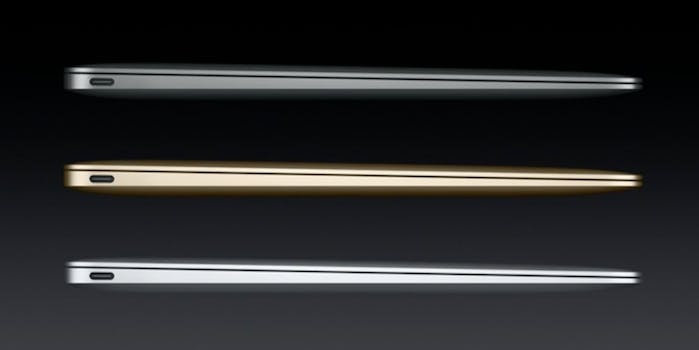 Apple’s new MacBook comes in gold and has ‘the force’

Is 12 inches the sweet spot?

Apple diehards and analysts might have expected a new MacBook Air, but the company likely just blew expectations out of the water. The new MacBook (seemingly called just that) will join the MacBook Air and MacBook Pro to create a three-tiered MacBook lineup. The new MacBook features a radical overhaul of design and a 12-inch high resolution Retina display. 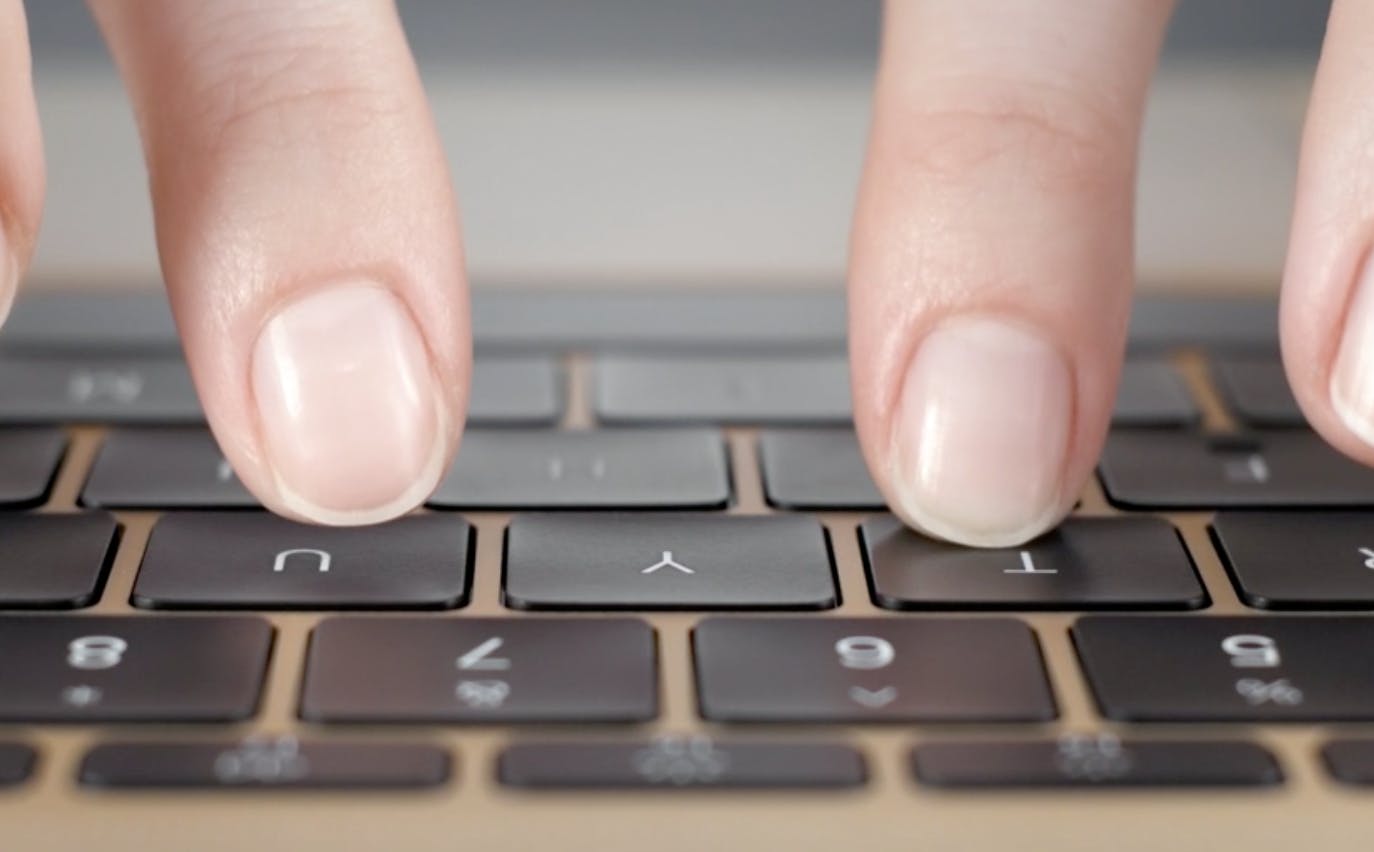 “We challenged ourselves to reinvent the notebook,” said Apple CEO Tim Cook. “Can you even see it? I can’t even feel it,” Cook said, holding a new gold MacBook on stage.

Reinvent it did. The new MacBook is the first ever made without a fan, making it totally soundless. Apple’s new MacBook will also feature a symmetrical USB-C connector that serves as many ports in one, supporting USB, DisplayPort, power, HDMI, and VGA all in a single connection. 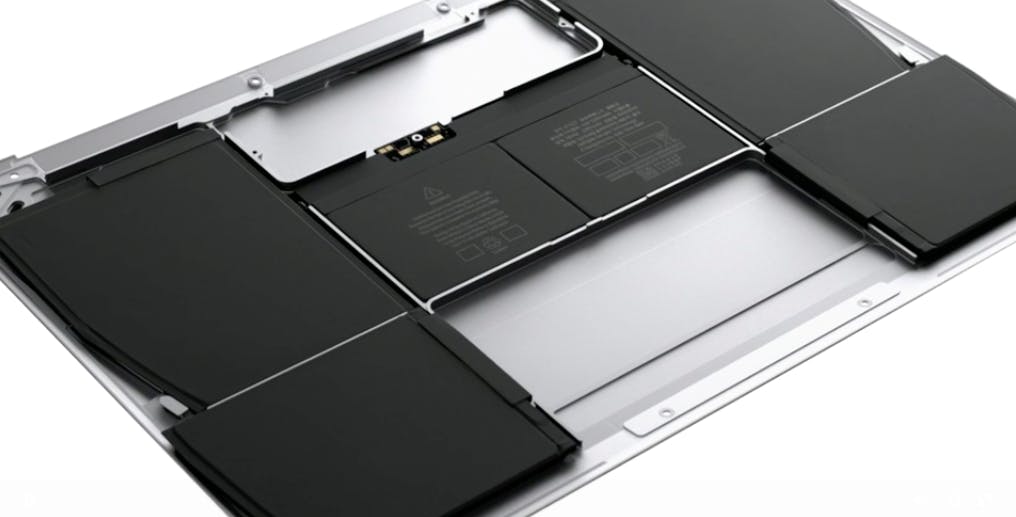 Bringing the MacBook in line with Apple’s color design scheme in recent years, the company add a choice of gold and “space gray” to the recent silver aluminum, a choice that fans of Apple’s long-retired black MacBooks are likely to appreciate.

Apple also redesigned the trackpad with a “taptic” engine that provides feedback of keyboard clicks, employing a reimagined “butterfly” design for the hinges that help keyboard keys stay clicky, a departure from the traditional “scissor” design. The new MacBook’s trackpad is no longer hinged and is now adjustable, with enhanced pressure sensitivity, allowing for a new gesture that Apple calls the “force click.”

Apple’s new MacBook also boasts improved battery life, owing to an asymmetrical design and a “terraced” battery design that essentially crams as much battery as possible into the open spaces within the computer’s chassis.

The new MacBook will start at $1,299, with a build featuring a processor upgrade and double the internal storage starting at $1,599. The new MacBook will launch April 10, though updated versions of the other two tiers of Apple’s MacBook lineup are available for pre-order now.