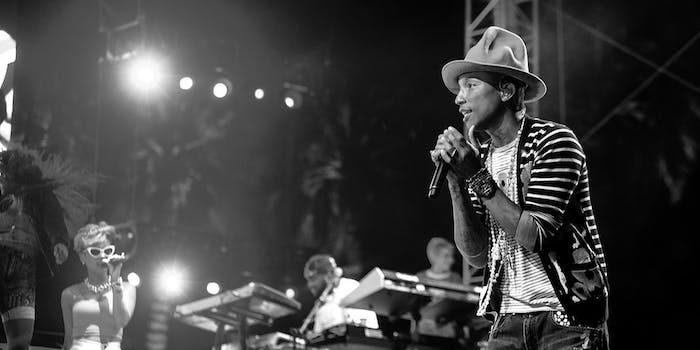 Apple scores a huge name for a launch day exclusive.

The streaming music wars are heating up, with Apple Music poised for launch and Spotify fortifying its position as the top dog in the market. Today, Apple Music fired its first shot, as Pharrell Williams revealed via his Facebook page that his upcoming track “Freedom” will launch exclusively on Apple Music.

The track was originally previewed in Apple’s own Apple Music teaser ad, though at the time it was unclear whether Pharrell had simply allowed the company to use his tune or if it was a sign of a deeper partnership. It’s now clear that the latter is true, as the singer’s own Facebook page is now promoting the song as being available only to Apple Music subscribers.

With music quality, app compatibility, and market share firmly in Spotify’s corner, Apple Music will have its work cut out for it, and the one sure way to catch the public’s attention is to offer content that other services simply can’t.

Apple Music will launch on June 30th, offering on-demand service for $9.99 per month, with a 6-member family plan available for $14.99 per month, along with a free three-month trial for all users.