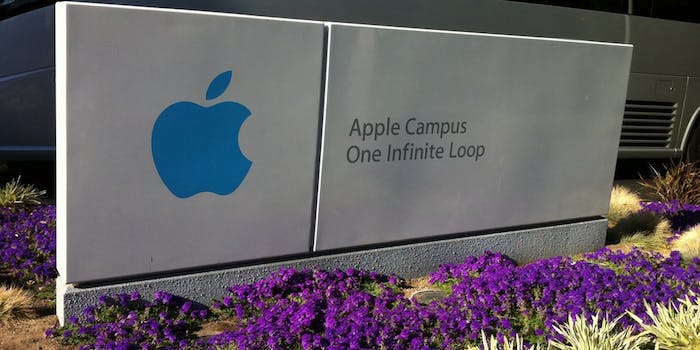 A bill that would let private companies share sensitive data with the government picked up more steam after major tech companies, including Microsoft and Apple, called for data-sharing legislation.

An industry group representing major software makers published a letter from Microsoft, Apple, and a dozen other companies in which they called on the Senate to pass a bill to let companies share data on cybersecurity threats with the government.

The goal of such legislation is to improve threat detection and prevent damaging hacks and data breaches. But the Senate’s only information-sharing bill, the Cybersecurity Information Sharing Act (CISA), is under siege from privacy advocates. The shared data could include customers’ private information, and civil-liberties groups warn that CISA does not contain meaningful privacy safeguards. They have called it a surveillance bill cloaked in another name.

Microsoft and Apple, two of the world’s largest software companies, did not directly endorse CISA. They—along with Adobe, Autodesk, IBM, Symantec, and others—signed the letter from BSA | The Software Alliance generally encouraging the passage of data-sharing legislation. They also specifically praised four other bills, two of which focused on electronic communications privacy.

A data-sharing law, the companies say in their letter, “will promote cybersecurity and protect sensitive information by enabling private actors in possession of information about vulnerability and intrusions to more easily share that information voluntarily with others under threat.”

Microsoft and Apple publish the two most popular computer operating systems. Computers running that software, not to mention the companies’ internal servers, face cyberattacks of varying degrees of sophistication every day. Their support for cyber data sharing and the priorities of the four other bills represents an attempt to balance pressure from consumers and foreign and domestic governments.

“Each of our companies depends on earning the trust of customers and individual users while operating within the laws of the jurisdictions where they operate,” the letter reads. “We need clarity and predictability in the legal regimes that guide government access to data.”

The Senate is expected to take up CISA, a companion to two bills that already passed the House, sometime in October.

Correction: The BSA letter did not specifically endorse CISA. It called for legislation that generally aligned with CISA’s major goals.