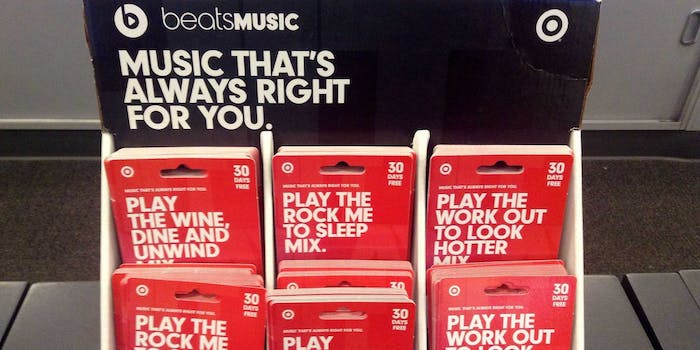 You probably assumed that Beats Music, the streaming service from everyone’s favorite overpriced headphone manufacturer, was already gone, given that Apple bought Beats in May 2014. Well, you might as well just keep assuming that, because on Nov. 30, you’ll be right.

Beats Music will officially close up shop at the end of the month, marking nearly two years since the service launched in January 2014. Apple snapped up its owner four months later, and the writing has been the wall for Beats Music since then.

After Apple Music launched in June 2015, it rolled out an update to Beats Music that essentially marked the coming of the end. The primary function of the update was to help migrate Beats Music users into the Apple Music ecosystem by transferring their playlists and saved music to the new service.

On Thursday, Beats Music added a page its support website noting its impending closing and offering updated information on migrating from Beats Music to Apple Music. With Apple’s recent launch of its streaming service on Android devices, users will be able to jump ship from Beats Music on whatever mobile operating system they choose.

While the app and standalone service might be gone, Beats Music lives on, albeit indirectly. Some of its user-interface choices and functionality feature prominently in Apple Music, and the Beats moniker graces the streaming radio station available to both free users and Apple Music subscribers.