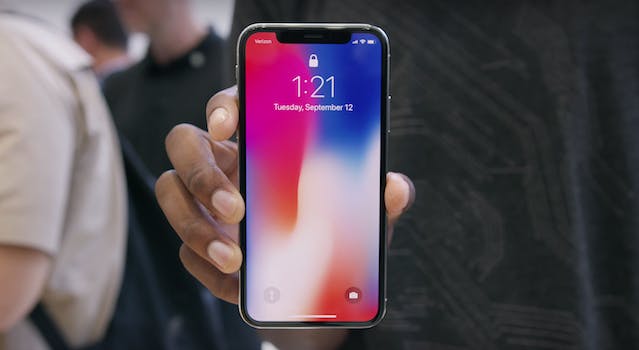 It's not clear how this will affect shipments going into the holiday season.

The $1,000 iPhone X may be nearly impossible to obtain when it goes on sale Nov. 3, and you can blame its polarizing face-scanning feature.

The new flagship phone is reportedly being hit with production delays because of the technology used for Face ID authentication, a feature that lets you unlock your phone by simply glancing at it. The suppliers of the 3D-sensing components are reportedly unable to ramp up production to required levels, according to Japanese newspaper Nikkei and the Wall Street Journal, both citing anonymous sources.

Two parts—nicknamed Romeo and Juliet—needed to project the 30,000 infrared dots used to map out someone’s unique facial characteristics are being blamed for the slowdown. The Journal says the two modules are creating an “imbalance in supply” which has led to a “bottleneck” in production. Rumors claim Apple will release in small quantities at first—tens of thousands instead of hundreds of thousands per day. It’s unclear how this will impact shipments going forward.

It may explain why Apple chose not to release the iPhone X alongside the iPhone 8 and iPhone 8 Plus, and could ultimately hurt first-quarter sales figures. Shorter than usual lines at Apple stores following the release of the iPhone 8 suggest most iOS users are holding out for the pricey 10th-anniversary device. If Apple can’t get its phone into people’s hands, customers may start looking elsewhere, especially with Google’s Pixel 2 launch set for early October.

The same Wall Street Journal report claims Apple did everything it could to embed Touch ID under the iPhone X’s display, but fell short. This may also have contributed to the iPhone X’s delayed release date.

We’ve reached out to Apple and will update this article if we hear back.