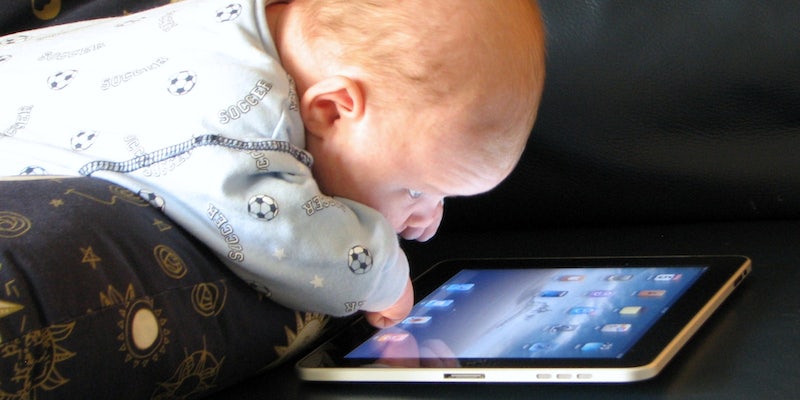 If you have children, you know the dangers of in-app purchases. A few clicks and a lot of money can be charged to your card, without an easy way to get a refund. Parents across Europe made this complaint known to the European Commission, which asked Google and Apple to step up and make some changes.

In response, Google will stop labeling apps “free” even if they are technically free to download, but contain in-app purchases, according to Engadget. Google has told the European Commission that it will make the change by the end of September.

According to the European Commission, Apple has said it will address their concerns, but hasn’t said how, or set a timetable. In a statement to Engadget, Apple touted its parental control features, and said stronger guards will be available in iOS 8, including Ask to Buy, a feature that would require kids to get permission from their parents before making a purchase.

“Apple takes great pride in leading the industry in parental controls that are incredibly easy to use and help ensure a great experience for parents and children on the App Store. The parental controls in iOS are strong, intuitive and customizable. And over the last year we made sure any app which enables customers to make in-app purchases is clearly marked. We’ve also created a Kids Section on the App Store with even stronger protections to cover apps designed for children younger than 13.” Apple continued, stating its “goal is to continue to provide the best experience for our customers and we will continue to work with the EC member states to respond to their concerns.

While Apple does indicate which App Store downloads include in-app purchases, those apps are still labeled as “free.” It’s an accepted fact that the “freemium” model—apps that are free to download, but offer in-app purchases—is the best way for app developers to make money. People are simply much more willing to download free apps. Last year, analytics firm Flurry showed that 90 percent of apps in the App Store are free. According to Mashable, 90 percent of revenue made by games in the App Store comes from the freemium model.

Only 10 percent of the total game revenue generated in the App Store comes from paid games, which is likely why Apple is reluctant to remove the free label from freemium games. While many will be happy with the changes and improvements Apple has made for parents, the most distinctive change of removing the free label from freemium games seems to be unlikely, mostly due to the potential revenue loss for Apple and app developers.

Apple has not yet responded to a request for comment.