A look at Apple’s fashionable past

Apple fancies itself a company on the cutting edge of style, and in a lot of ways, it is. With the Apple Watch readying for launch, the Cupertino company is doing everything in its power to appear prepared for its upcoming entry into the world of wearables and fashion accessories. This includes putting its retail store workers through a crash course on fashion fundamentals.

It’s probably a necessary move for Apple to educate its army of blue-shirted store roamers on some fashion dos and don’ts. In Apple’s dream world, maybe it’s like mall-bound clothing stores with workers on commission tossing MacBooks into the dressing room for you to see if it matches your jeans. For now, it seems like it’ll settle for just giving its employees some talking points.

There’s no denying Steve Jobs’s impact on Apple and the technology world at large. On top of that, the CEO had an iconic look of his own. Unfortunately, “iconic” is not always a synonym for “good.” Jobs took the stage at every Apple event in the same outfit: a black turtleneck sweater tucked into a pair of plain-as-can-be jeans, capped at the feet with a well worn pair of sneakers. 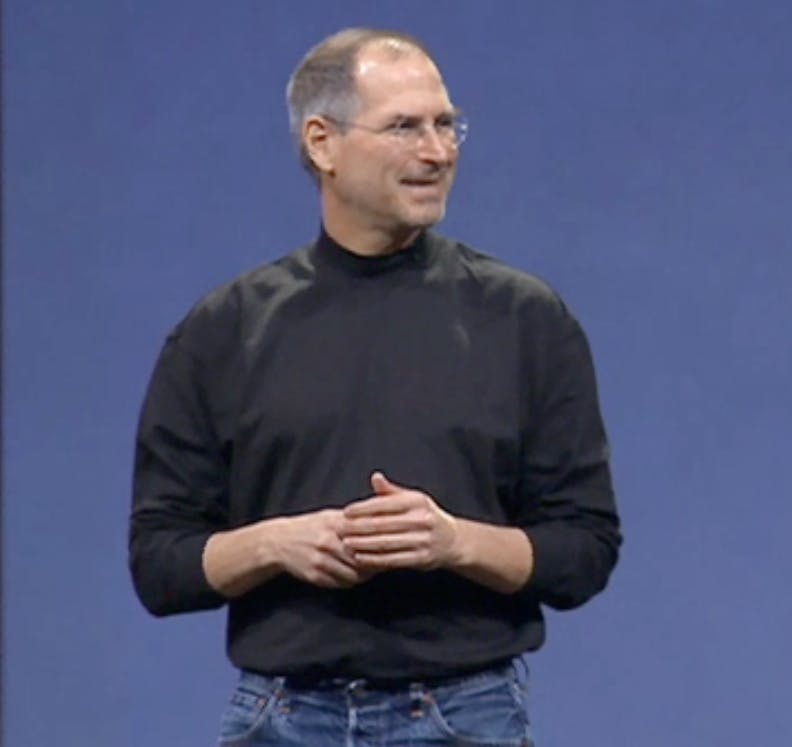 For Jobs, the decision was primarily about simplifying his life and eliminating a decision that would take up time from his day (Mark Zuckerberg does the same thing). That worked fine for him, but when he suggested applying the same logic to the rest of the Apple workforce, they damn near revolted.

In an excerpt from Walter Isaacson’s Steve Jobs, the CEO tells a story about proposing a universal work uniform—a nylon jacket with sleeves that could be unzipped to make it into a vest. Jobs said “I came back with some samples and told everyone it would great if we would all wear these vests. Oh man, did I get booed off the stage. Everybody hated the idea.” If someone told you that you had to wear a jacket with zip-off sleeves, you’d probably look for the nearest pitchfork, too.

It’s been almost a decade since Apple launched its “Get a Mac” commercials, the memorable line of ads that gave us the “cool” Justin Long as a Mac and a stuffy John Hodgman as the out-of-date PC.

Long’s character subscribed to a style that worked so well for the then-budding trendsetter Mark Zuckerberg: a T-shirt and hoodie. Looking back on it, the Mac style portrayed in the commercials did capture at least one section of the Apple demographic: the barely-put-together people who sit on their MacBooks at a coffee shop all day (and I say that as a person in a hoodie working on a MacBook in a coffee shop.)

Earlier this year, in an attempt to tidy up the look of its employees, Apple refreshed the wardrobe of its retail store workers, giving the Geniuses and sales floor personnel new blue shirts to wear. The decision to ditch the baggier blue shirts with the big Apple logo in the middle and replace them with a variety of options, all equally as blue, likely comes down from retail senior vice president Angela Ahrendts. She’s also moved the Apple logo off-center, now placed directly over the heart. 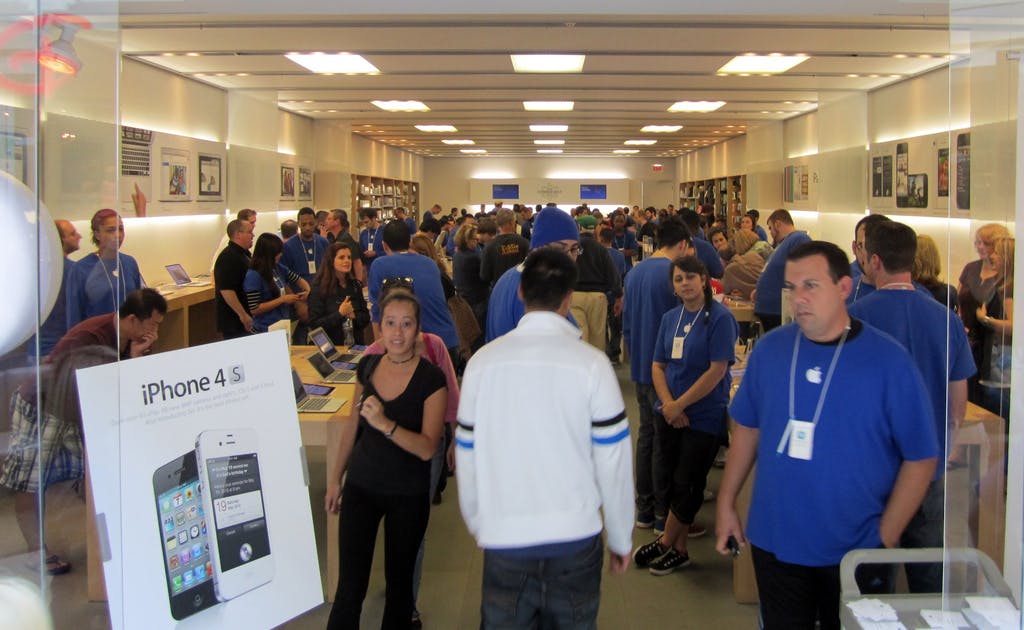 These changes come less than a year after the decision to implement the shirts that are now being replaced. None of these changes make the people inside the Apple Store look any less like Best Buy workers gone rogue.

Back in 1986, Apple tried to get into the business of manufacturing clothing. Why? No idea. The company was pretty much exclusively making computers at that point and there was no indication that it had any clue how to do anything but that. Still, someone in Cupertino thought the brand had enough pull that it was time to plaster it on some shirts. The results are gloriously embarrassing. 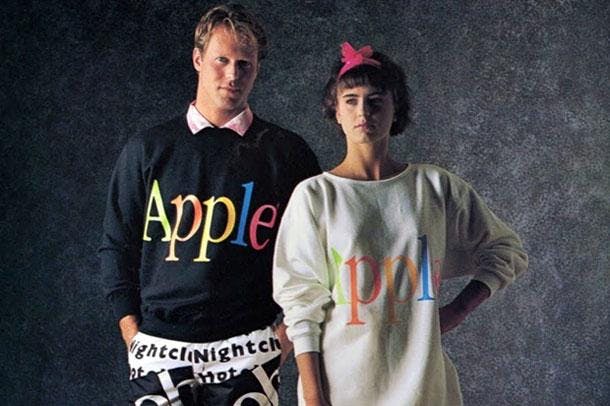 Dubbed the “Apple Collection,” the line included hats, sweaters, shirts, belts, kid’s clothes, and, of all things, a sailboard. Apple’s known for its minimalist style now, but the clothing line was about as gaudy and obnoxious as imaginable. It was everything wrong with the ‘80s stamped into cotton. You can’t blame Jobs and his turtleneck for it, though: He had left Apple before the line launched. 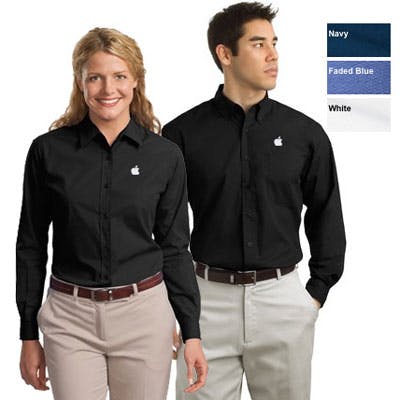 Photo via Cristiano Betta/Flickr (CC BY 2.0)