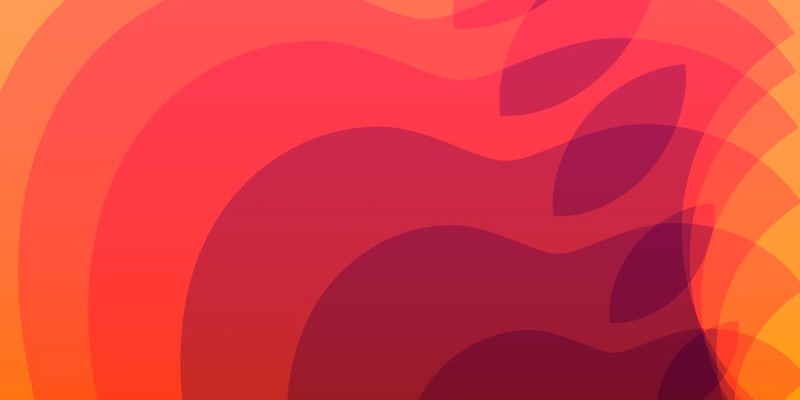 But it's barely made a dent in the overall diversity.

Apple released its latest data illustrating workplace diversity on Thursday, and while it demonstrated the efforts Apple is taking to improve the representation of minorities in its workforce, CEO Tim Cook acknowledged, “we know there is a lot more work to be done.”

Cook detailed how Apple hired more employees from underrepresented groups in the past year than any year previously, including 11,000 women globally, and more than 2,200 Black employees and 2,700 Hispanic employees in the U.S.

Despite the positive efforts to build a more diverse team at Apple, the new hires did little to move the needle on the company’s overall diversity breakdown.

The new hires did little to move the needle on the company’s overall diversity breakdown.

It’s been one year since Apple released its first diversity report and publicly committed to hiring more individuals from underrepresented groups, but new hires aren’t making significant change yet. The percent of women in the company overall and the percent of black employees in the U.S. increased just one percent year-over-year. The percentage of Hispanic employees in the U.S. remained at 11 percent between 2014 and 2015. 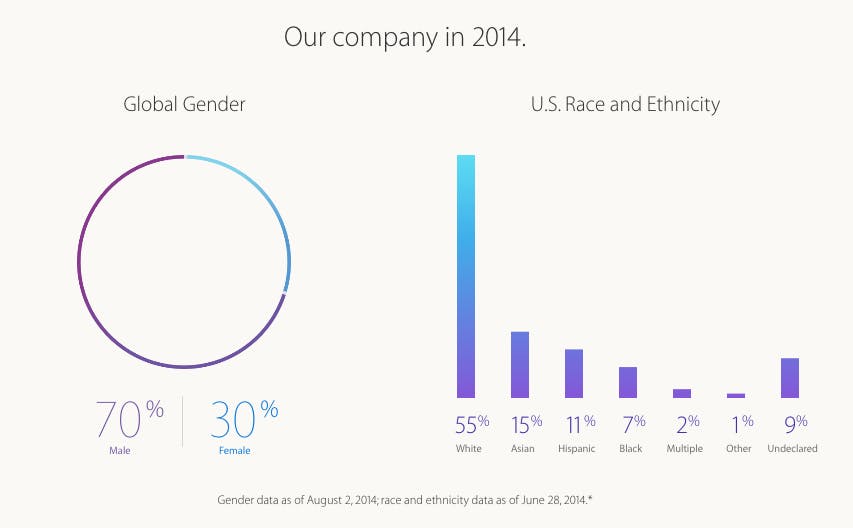 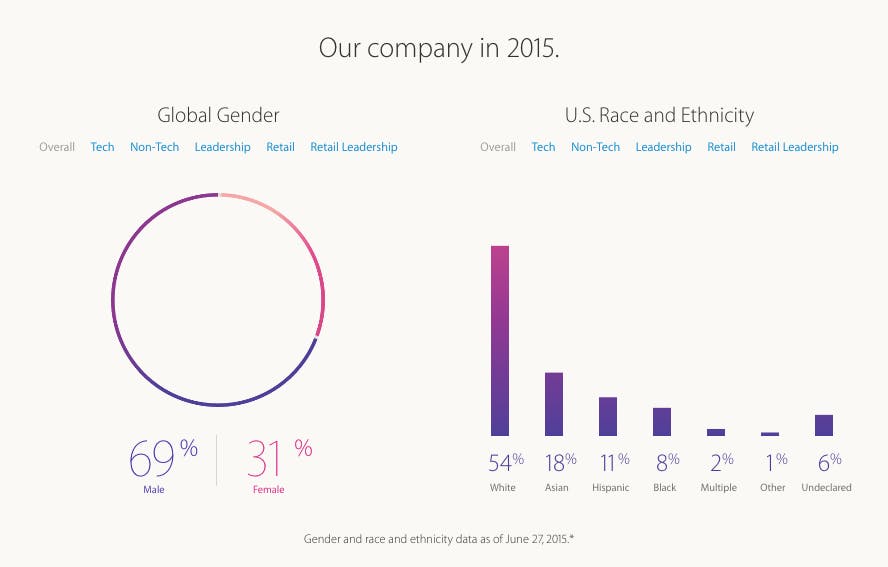 For the first time, Apple released its federal diversity data, publicly sharing its EEO-1 report with the company’s diversity press release. Previously, Apple was among a few tech company holdouts that refused to share this data. Earlier this month, government officials called on Apple to release the data set and be more transparent with its workplace diversity. Intel, Facebook, Google, Twitter, Microsoft, and LinkedIn are among the companies that already publicly share detailed federal data.

In the press release, Cook also mentioned the work Apple does with nonprofits, educational institutions, and its own events to recruit a more diverse group of employees.

Apple’s latest report comes on the heels of Intel’s news earlier this week that its diversity hiring doubled over the last six months.