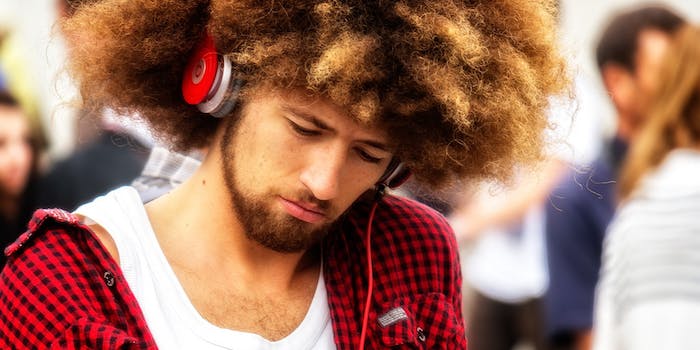 Teardown reveals how Beats headphones trick you into feeling fancy

Beats adds metal bits to give the illusion of luxury.

Apple’s Beats headphones are one of the most popular headphone brands, recognized anywhere for the “b” on the sides. But at $200, the luxury headphones are a serious investment, one a lot of people find too expensive for the quality of the device itself.

To find out just how much the headphones would cost to make, hardware venture capital firm Bolt broke down the headphones and discovered that just four pieces of metal make it seem like Beats are more luxurious than they are. Every other bit is made of plastic, and mostly glued or snapped together, except a few screws in the ear cups.

Weight adds the appearance of opulence, and the company knows this. That’s why 30 percent of the headphones’ weight comes from four metal parts that could just as easily be manufactured cheaper with plastic.

Bolt’s Avery Louie describes the manufacturing genius in a post on Medium.

The brilliant thing here is that the two large metal parts are not mirror images of each other- they are actually the same part! This means that only one tool would need to be made to produce both parts, which saves money in tool design and number of tools. It also makes the headphones easier to assemble, since there are fewer unique parts.