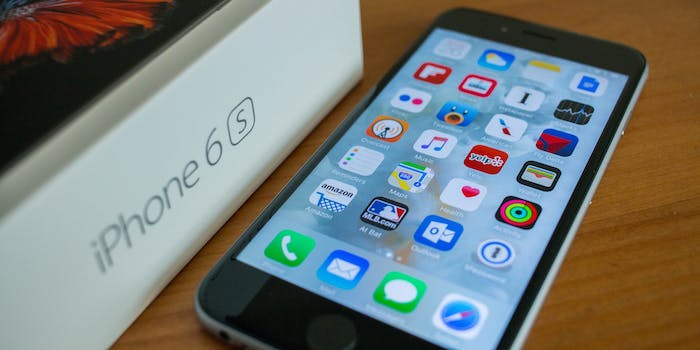 Some iPhone owners are having to pay up before getting a battery replacement.

Some iPhone owners are angry that Apple’s promised battery replacement program isn’t as cheap or all-encompassing as originally promised.

Late last year, Apple admitted that it had been handicapping the performance of older devices in order to better preserve battery life and prevent unwanted shutdowns. After notable consumer backlash, Apple apologized for the move, introduced a battery replacement program, and offered a software option for switching off the performance throttling setting. For those with an iPhone 6 or later with a battery in need of replacing, Apple promised a cost of $29. The replacement was also available to those whose battery passed Apple’s diagnostic test. Previously an iPhone battery replacement cost $79.

According to complaints shared with BBC News‘ Watchdog, however, a number of users are reportedly having to pay significantly more than they expected before getting their battery replaced. One iPhone owner sent his phone to Apple in February, only to get a notice from Apple that because of a small dent, he’d have to pay more than $270 before the battery could be replaced. The man ended up replacing the battery through a third-party repair shop, voiding his phone’s warranty.

Apple does state on its repair site that if your iPhone has any damage that impairs the replacement of the battery, such as a cracked screen, that issue will need to be resolved prior to the battery replacement.”

Apple also confirmed this policy in a statement to BBC News: “When it comes to iPhone battery replacement, if your iPhone has any damage that impairs the replacement of the battery, such as a cracked screen, that issue will need to be resolved prior to the battery replacement. In some cases, there may be a cost associated with the repair.”

If you’ve been considering taking advantage of Apple’s battery replacement program but have a damaged phone, you may be better off from a cost-savings perspective taking your phone to a repair shop instead.