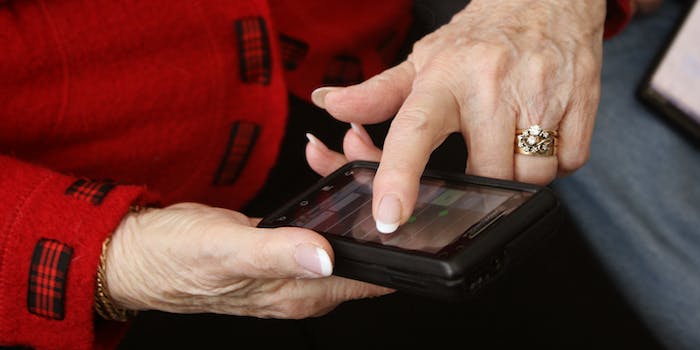 Strings is an app that lets you unsend texts

Great idea or the greatest idea?

You’ve experienced the sensation before: You send a text out of anger or sadness or drunkeness (or sad, drunk anger) and immediately regret it. You mistakenly text your mom when you were supposed to be sexting with your crush. You wake the morning after a bender to a digital chorus of, “Are you OK?”

There’s now an app for text regret. Strings is a messaging app that lets you delete texts and photos you’ve sent to people, and vice versa, but only if the people you’re texting with also have the app installed. (Strings is currently only available for iOS.)

We believe you deserve a way to spontaneously and fearlessly share your most intimate moments and personal thoughts from your smartphone. So we developed Strings. With Strings, you can say whatever you want, share any video or photograph you want, to whomever you want. And take it back if you want. And your friend, relative, workmate or partner cannot share it with anyone else. Unless you want them to.
Strings is based on your phone number, just like texting. Only people you add as a friend can share with you on Strings. There are no privacy policies. Nothing sent by mistake that you cannot retrieve.

The post goes on to say that “[y]ou decide who sees your content. Not us. Not advertisers.” Of course, given the recent security breaches on apps like Snapchat, you might be reluctant to send those 2am pics with Strings attached.