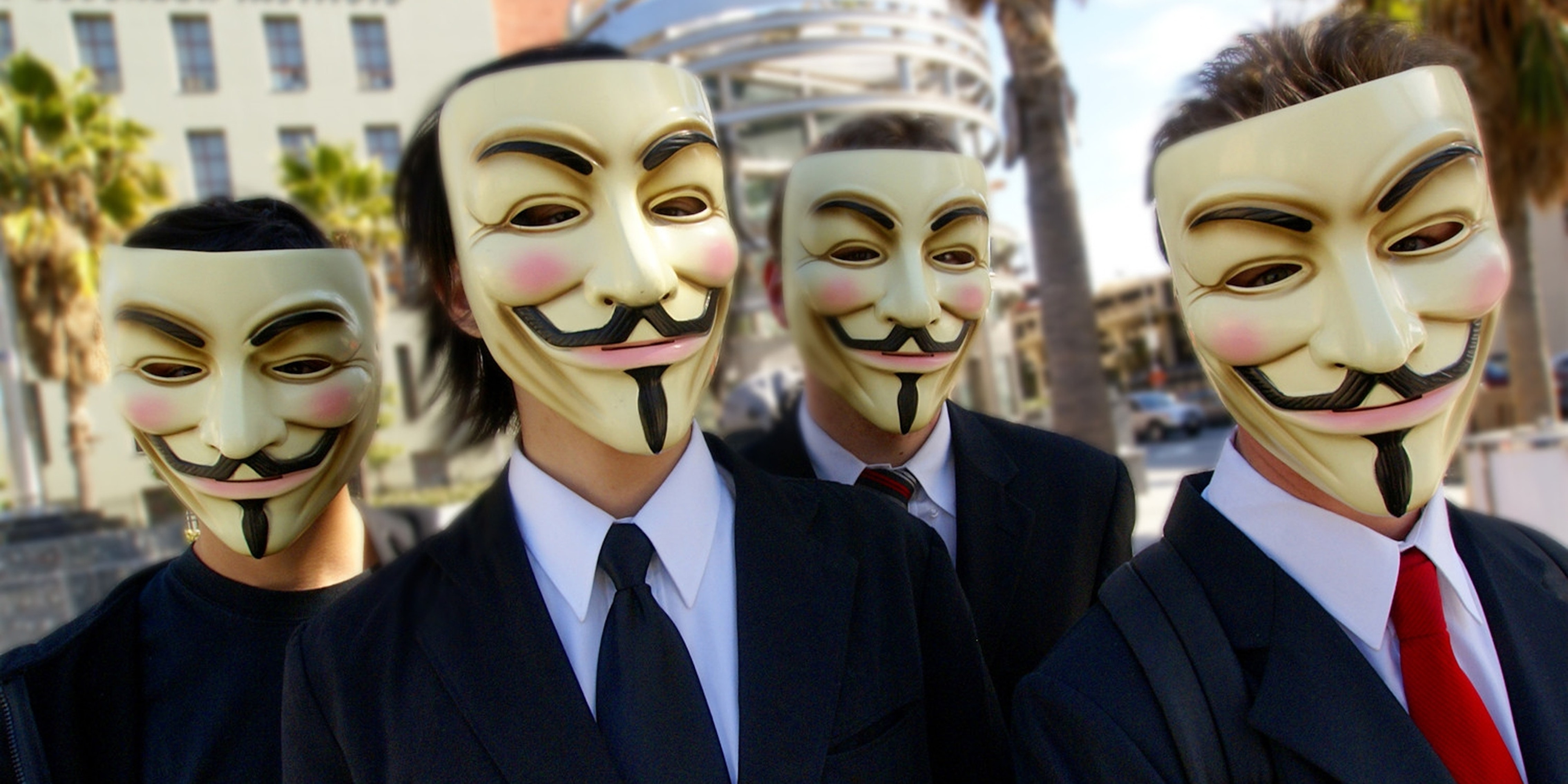 It all has to do with a failed plot to bomb the British Parliament.

Remember, remember, the fifth of November. So begins the famous nursery rhyme associated with Great Britain’s Bonfire Night, better known as Guy Fawkes Day. The fifth of November has become a holiday of sorts for hacker-activists Anonymous, who’ve turned Fawkes’ iconic mask into a symbol of their movement.

How Anonymous remembers the fifth of November varies every year. The group has attempted a series of premeditated cyberattacks and leaks that have varied in scale and success. Today, Anonymous plans to release the names of roughly 1,000 members of the Ku Klux Klan. But why exactly is Nov. 5 so important to Anonymous?

It all began with Roman Catholic dissenter Guy Fawkes and his foiled plot to blow up the British House of Lords and kill the monarch. In 1605, Fawkes and a group of other Catholics who felt they were being treated unfairly by the Protestant King James I hatched a plan for his demise. Commonly known as the “Gunpowder Plot,” Fawkes and his accomplices planned on planting barrels of gunpowder in the basement of the House of Lords. The explosives would go off on Nov. 5, the opening day of Parliament, and kill the king and the lawmakers who were meeting above.

As it turns out, the best laid plans of 15th century Catholic assassins, not unlike 21st century hacktivists, often go astray. According to the BBC, one of the plotter’s brother-in-law was a member of Parliament who received an anonymous letter warning him not to come to work on Nov. 5. The brother-in-law told one of the King’s spies, who ordered searches of the entire House of Parliament on the day of the planned explosion. Fawkes was found, tortured, and executed. Bonfires were set to celebrate the survival of King James I. To this day, the British still commemorate Guy Fawkes’ capture, or tip their hats to his spirit, on Nov. 5 with fireworks and festivities.

Fast-forward 400 years later: Alan Moore’s 1988 graphic novel about an anarchist in a Guy Fawkes mask was adapted into the 2005 thriller V for Vendetta, starring Natalie Portman. According to anoninsiders.net, that same year a comic on 4chan known as “Epic Fail Guy” adorned the Guy Fawkes mask.

According to the site Know Your Meme:

From this point onward, many more Epic Fail Guy threads would appear on /b/ depicting him both with and without the Guy Fawkes mask. Exactly why EFG wore the mask is unknown, but Anonymous’s preference for the mask seems to have grown directly from this meme. As time went on, Epic Fail Guy began to appear almost exclusively wearing the mask.

Since 4chan was the incubator for Anonymous, it’s likely that’s where the hacker collective got acquainted with the Guy Fawkes mask. In 2008, Anonymous threatened to expel the Church of Scientology from the Internet in an operation called Project Chanology, which set off worldwide protests against the church where participants donned the masks. The masks were later adopted by the Occupy movement. Guy Fawkes masks soon became synonymous with political protest, and Guy Fawkes Day as an occasion to celebrate the act of political dissent.

Much like the anti-hero it celebrates, Anonymous hasn’t had the most successful track record with their Nov. 5 schemes. Back in 2011, Anonymous announced a triad of attacks on Facebook, major banks, and Fox News to occur on Guy Fawkes Day, which some dismissed as coming from a fake source. None were successful. A series of 2013 cyberattacks by Anonymous on government and private sector websites on Nov. 5 had varying success, though none were crippling.

In 2013, Anonymous supporters worldwide gathered for the One Million Mask March, a protest sanctioned by the hacker collective itself and supported by actor Russell Brand. According to the Telegraph, protests occurred last year in 481 cities. And according to the event’s official website, 2015 protests are planned in 671 cities.

Anonymous’s failings as a movement—as well as some of its successes—are often attributed to its lack of leadership, organization, and coherent mission. The clandestine group’s credibility has taken major hits in recent years, such as when one of its adherents wrongly identified the police officer who killed Michael Brown in Ferguson, Missouri. The group’s lack of identity has made it easy to impersonate Anonymous, as seen earlier this week when many misattributed the group to false accusations that four Republican senators were members of the KKK.

No one within a decentralized movement can confirm or deny with impunity. They propagated the info + must lay in it https://t.co/aYOfmlNd3o

Will Anonymous be more successful this year?

It’s hard to tell looking at the Facebook event page for the One Million Mask March in Washington, D.C. The chants listed on the page include “Hands up, Don’t Shoot” and “I Can’t Breathe,” most commonly associated with the Black Lives Matter movement. A list of “issues” listed on the event page are as contradictory as they are diverse; they include police brutality, the second amendment, abolishing taxes, education, freedom, healthcare reform, and freeing Palestine, among others.

“The list of things that are wrong with this world is too long to pick just one so we will tackle them all,” says the One Million Mask March’s Facebook event details.