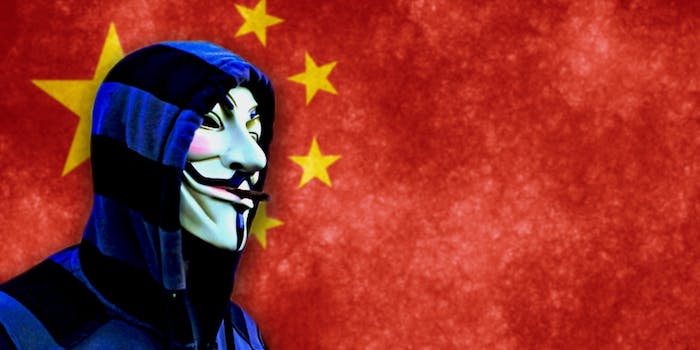 What they lack in quality hacks, they made up for in quanity ones.

Hackers identifying themselves as members of Anonymous Philippines, upset over China’s recent moves into disputed waters, have gained access to or defaced hundreds of Chinese government websites. 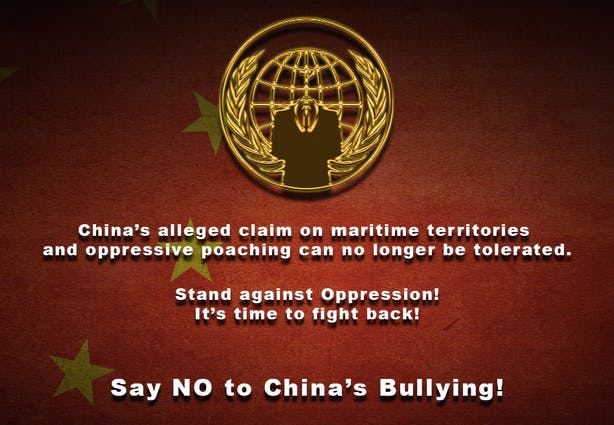 The islands and resources in the South China Sea are a quagmire of competing national claims, with China, the biggest and often the aggressor in the conflicts, usually seen as a bully by its smaller neighbors. Anonymous Philippines’ attacks seem prompted by Filipino fishermen’s claims that the Chinese coastguard fired water cannons at them near a disputed shoal in February. Similarly, China recently deployed an oil rig to a spot 150 miles from Vietnam’s coast, sparking protests in Vietnam.

Anonymous Philippines posted the full list of defaced sites to a Facebook page. Most are small-time—the water conversation bureau from Xining City probably will eventually recover—and in many cases, the hackers didn’t deface the site’s main page, but just uploaded their message to its domain. Still, its impressive in its breadth: they hit 149 government sites, as well as dozens of commercial sites.

“The operation was a success,” Anonymous Philippines declared after posting the list. “We might not have brought China to it’s [sic] knees but we gave hope to our brothers and sisters, because hope is what we need right now.”