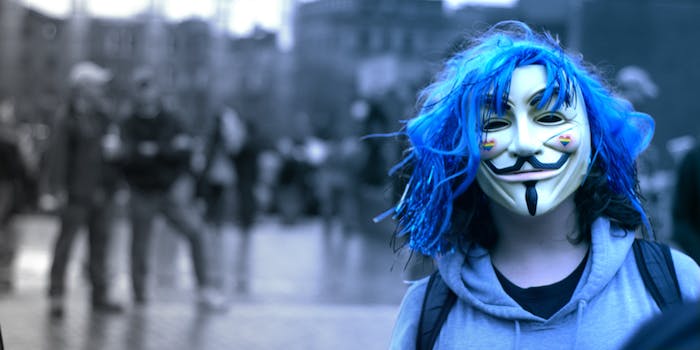 The hacker has replaced some of ISIS’s jihadist content with new bios, profile pictures, and gay-pride mantras, making sure the extremist group has espoused the views they so deeply condemn. These ISIS accounts now love homosexuals, gay pornography, and lots of rainbows.

“Daesh [ISIS] have been spreading and praising the attack, so I thought I would defend those that were lost. The taking of innocent lives will not be tolerated,” Wauchula Ghost tells Newsweek.

Wauchula Ghost is proudly tweeting with proof of the damage, showing the hack-tions through screengrabs. Messages include “I’m Gay and I’m Proud,” “Out and Proud,” and “LGBTQ Pride Month.”

Affiliated hackers Ebony and Yeti have also hopped on the bandwagon, assisting Wauchula Ghost in the mission to conquer ISIS online.

ISIS is renowned for owning thousands of Twitter accounts, using the social-media app to spread messages of violence, promulgating its executions and mass killings. In February, Twitter suspended over 125,000 accounts affiliated with ISIS and extremism.