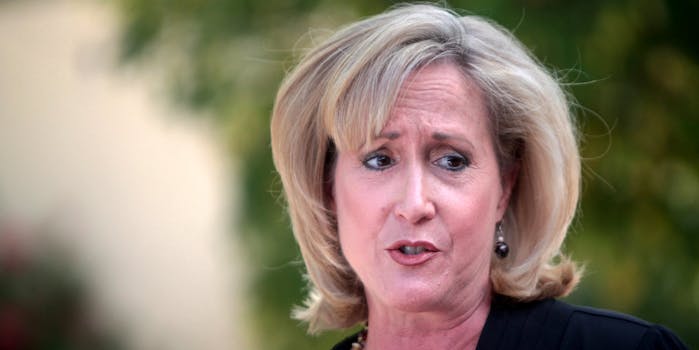 This isn't the best look.

In a televised local interview, Rep. Ann Wagner (R-Mo.) put a finger seemingly in her nose, and then definitely in her mouth.

Getting caught eating a booger on live television is a nightmare for anyone, but it’s particularly embarrassing when you sit on the nation’s legislature. The Internet seemingly has made up its mind: a vine of the clip quickly went viral after it was posted Monday, and a BuzzFeed poll found that yes, she’s guilty. (Wagner’s office didn’t respond to the Daily Dot’s request for comment for some reason.)

First, a little context: The clip aired Thursday on Fox 2 News in St. Louis, after the first round of Republican presidential debates in Cleveland. It showed Republican strategist John Hancock after before he spoke with Wagner. The clip aired in the background as members of the studio spoke.

“It looked bizarre to me,” Joe Lamie, managing editor at Fox 2, told the Daily Dot, adding that his staff who looked it over after it went viral didn’t think the footage appeared doctored.

He did point out, however, that there’s another possible explanation—possibly one more likely than booger-eating.

“Everybody here thought she was trying to do the lipstick off the teeth routine,” he said.