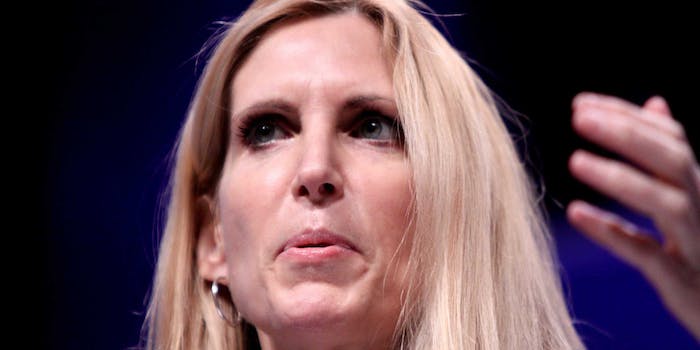 But as the Internet is wont to do, the Internet took matters into its own hands and created a few new versions.

@AnnCoulter contributed to the international discussion. She blew it. #BringBackOurGirls #BringBackOurCountry pic.twitter.com/GWstUMfMRU

What Ann Coulter really thinks. Yeah, I took it there. pic.twitter.com/ufHDi4Zabl

The submissions continue to roll in.

Let this be a lesson to you, Ann: Photoshop is a very, very powerful tool. And don’t feel too bad, Michelle Obama learned the hard way too.