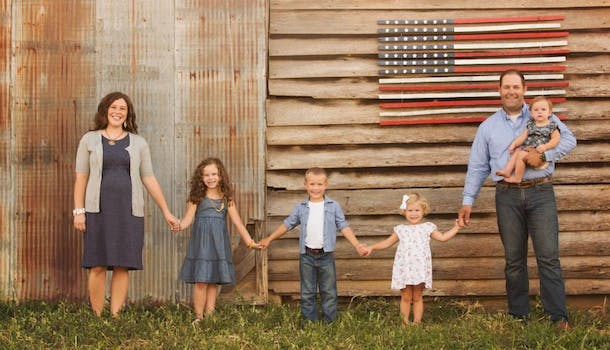 Republican lawmaker’s ‘Hog Fest’ to give away AR-15s

A day after the Orlando shooting, resulting in 49 deaths and more than 53 injured, Tennessee State Rep. Andy Holt vows to gift not one, but two AR-15 rifles—the same type of firearm wielded at the shooting—at his “Holt’s Hog Fest & Turkey Shoot” this month.

Besides the “door prize,” the fundraiser will include a petting zoo, hay rides, barbecue, and a turkey shoot (but only if you bring your own rifle and ammo). 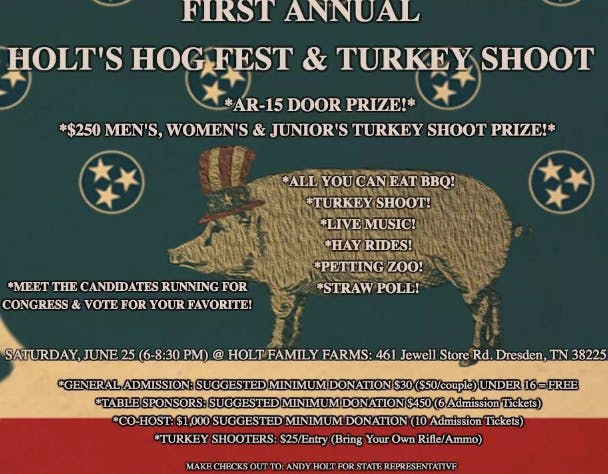 In a lengthy Facebook post, the Republican lawmaker hotly addresses the media’s questions on whether he will give away the AR-15 at his event, even after the shooting:

I’m furious that I get phone calls from the media asking me if I’m still going to give away an AR-15 at our HogFest, rather than asking me how many extra firearms I’ll be handing out to ensure people can protect themselves. After all, it was a bullet that stopped the terrorist.

He signs off his post by directly telling the media that he will, in fact, be giving away the assault rifle, and that they can “bet it on the farm” that he will:

You want to know if I’m still giving away an AR-15? You bet the farm I am. And to those that have a problem with it, ?#?MolonLabe?! How about asking liberals when they plan to ban gun free zones?

The state representative has received support on Twitter after releasing the news to the Nashville Post that he has proudly upped the prize to two AR-15s.

I met @AndyHolt4TN on the house floor back in March for a second. I've gained even more respect since then. Protect yourself #2ndAmendment

Others express their endorsement for Holt and his beliefs:

You're totally right, Andy! Evil people will find a way to kill, but good people need a way to protect themselves!

Some are wishing they could have him as their representative:

One guy even hopes to take the prize home after the fundraiser:

Holt did not fail to defend himself in the his battle against media and critics, fighting against Tennessee Democratic Party Chair Mary Mancini, and other Twitter users that took a moment to correct his grammar after heated dissension: 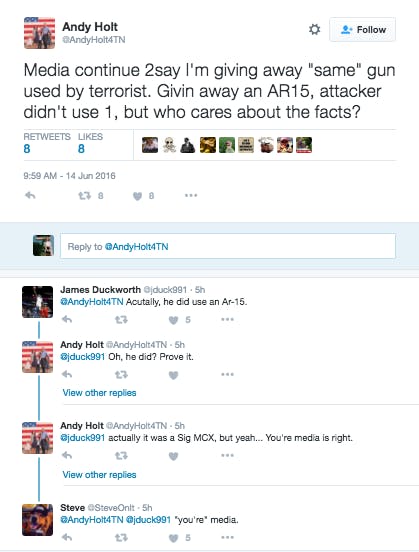 (According to the New York Times, the Orlando shooter Omar Mateen used an AR-15-type semiautomatic rifle in addition to a 9 millimeter handgun.)

Despite the backlash and alleged death threats, Holt remains obstinate and headstrong, protecting the legitimacy of his giveaway prizes. The fundraiser is still set to be held on June 25 in Dresden, Tennessee, with details on how to RSVP and donate for admission posted on his website. He does accept checks.