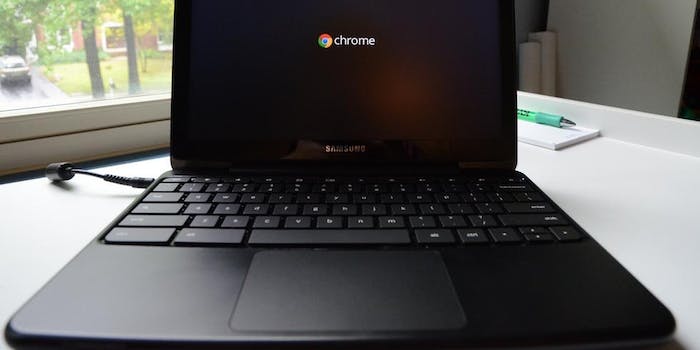 Today, Google will launch the first set of Android apps on Chromebooks, its line of notebooks running the lightweight, browser-focused Chrome operating system. Unlike a traditional computer, Google’s Chrome OS notebooks and desktops, known as Chromebooks and Chromeboxes, are wholly designed around Web browsing. The initial set of Android apps for Chromebooks includes Vine, Duolingo, Evernote, and Sight Words, a reading comprehension game for children.

“Whether it’s allowing your phone to unlock your Chromebook or receiving a notification on your laptop that your phone’s running out of battery, we’re hard at work to make these systems simpler and more in sync,” says Google’s Ken Mixter and Josh Woodward, who worked on the Chrome/Android integration project.

“Over the coming months, we’ll be working with a select group of Android developers to add more of your favorite apps so you’ll have a more seamless experience across your Android phone and Chromebook.”

The lightweight operating system and affordable hardware has won over plenty of hearts and minds, but Chrome OS does have its limitations. It stumbles on services that just aren’t as ideal in a browser, like Evernote. On Apple’s OS X, which runs on its line of Macs and MacBooks, Evernote is available as a separate “desktop” app download, optimizing the experience beyond the browser.

The line between mobile and desktop experiences continues to blur—and for making your devices talk to one another seamlessly, that’s a good thing. Apple’s array of integration features for OS X Yosemite and iOS 8 on the iPhone and iPad, known as Handoff, is just around the corner. Earlier this year, Google announced Chrome apps for both iOS and Android—a sort of reverse version of today’s news.

For Android users in particular, as Google builds out its collection of apps, Chromebooks are starting to look like a sweeter deal than ever.