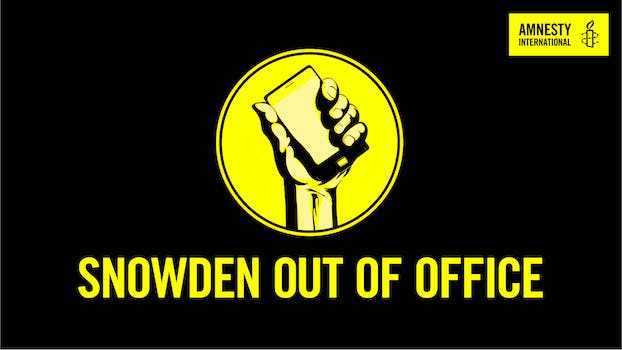 'You are being watched and recorded.'

Amnesty International want you to let NSA whistleblower Edward Snowden deliver your holiday season ‘out of office’ message and voicemail in order to raise awareness of mass surveillance.

The campaign, which is hosted at snowdenoutofoffice.com, provides a full range of templates for email and social media as well as a voicemail recording. The concept behind the campaign is, by fixing a personal message from Snowden as an ‘out of office,’ the auto-replies will deliver a message that alerts the recipient that what they assume to be private communication channels are under government surveillance.

The message, which appears in a number of slight variations on the website, goes on to detail the plight of the whistleblower and requests that recipients sign a White House petition that asks he be extended a presidential pardon. 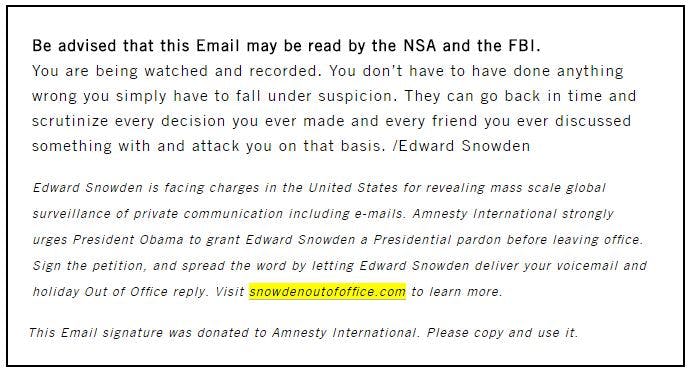 As an organization, Amnesty has been a long-time advocate for Snowden, a duty it sees as an overlap with its campaigns related to privacy rights.

“When human rights abuses occur, the public must learn about them to be able to react and hold those responsible to account,” Johanna Westeson, discrimination officer at Amnesty International Sweden, said in a statement. “Whistleblowers play a critical role in upholding constitutional and human rights guarantees and should be celebrated, not punished. Edward Snowden must be pardoned, whistleblowers across the world must be protected, and indiscriminate mass surveillance of personal data must stop as a matter of urgency.”

Snowden, who has resided in Russia since June 2013, is wanted by U.S law enforcement following his leak of over 1.7 million classified NSA documents to journalists. In doing so, he exposed that government agencies across the U.S., U.K., and Europe had been spying on their own citizens.